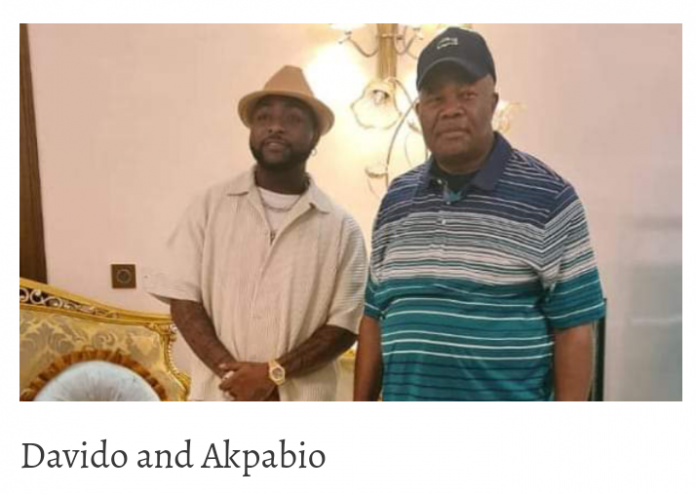 Akpabio on Wednesday stated that he recently played host to the singer and commended him for his philanthropic act.

Davido had on Saturday announced that the total N200,000,000 raised from his fans and an additional N50,000,000 from his pocket would be taken to orphanage homes to mark his birthday.

Sharing a picture of himself and Davido via his verified Facebook page, the minister said, “I recently played host to our music icon and philanthropist, David Adedeji Adeleke aka Davido.

“His attitude towards the less privileged in society made me call on other Nigerians in politics, business and entertainment sectors to emulate him.

“I wish him a happy birthday and long life to do more for humanity.”

My Ex-driver Stole Fuel From My Company, Tacha Laments

Bella Shmurda Performs At 02 Arena For First Time, Thanks Wizkid