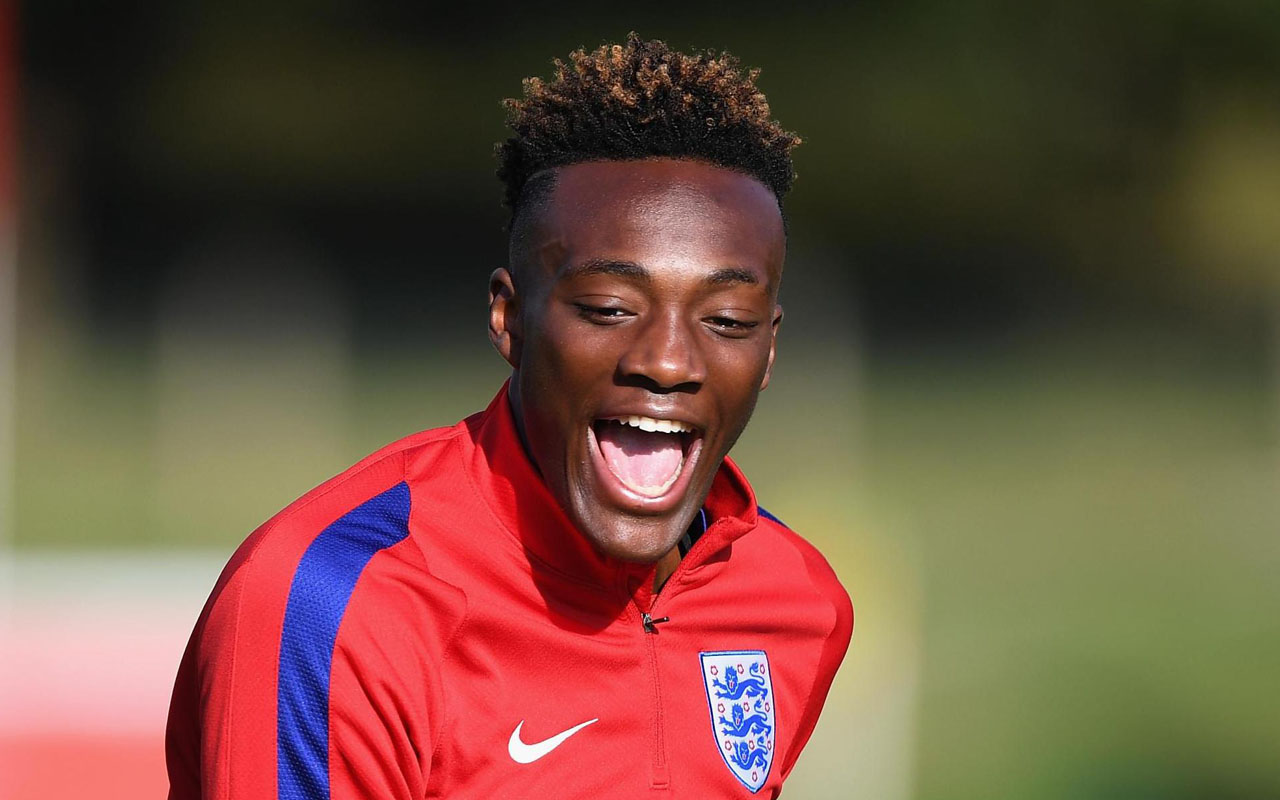 Tammy Abraham allegedly confirmed two days ago that talks were on-going with Nigeria shortly after scoring for England U-21 in their 3-1 win over Scotland. PHOTO:AFP

Former Green Eagles winger, Adegoke Adelabu has advised the leadership of the Nigeria Football Federation (NFF) not to listen to England U-21 forward, Tammy Abraham, following reports that he has dropped another hint as regards his interest in switching allegiance to Nigeria after Super Eagles’ qualification for Russia 2018 World Cup.

During preparation for the Super Eagles’ World Cup qualifier against Zambia, NFF president, Amaju Pinnick claimed that Chelsea striker Abraham, who is on loan at Swansea, had committed to declaring for Nigeria. However, the 19-year-old Abraham quickly distanced himself from the claims.

Now according to latest reports, Abraham allegedly confirmed two days ago that talks were on-going with Nigeria shortly after scoring for England U-21 in their 3-1 win over Scotland.

For Adelabu, the latest turn around by Abraham should not be taken serious by the NFF. “Tammy should stay away from our national team. I want the NFF to use him as an example to other junior players, who feel that without them, Nigerian football won’t go anywhere. Tammy has just realized that he might not be part of England’s squad to the World Cup in Russia, so he can quickly make a u-turn to Nigeria. No way. The NFF must not listen to him. We have enough players good to win the World Cup if only the team is well prepared.”

According to the report, Abraham, who has been ever present for the U-21s of England that are top of their Euro 2019 qualifying group, liked and commented on a video posted by Alex Iwobi on Instagram‎.