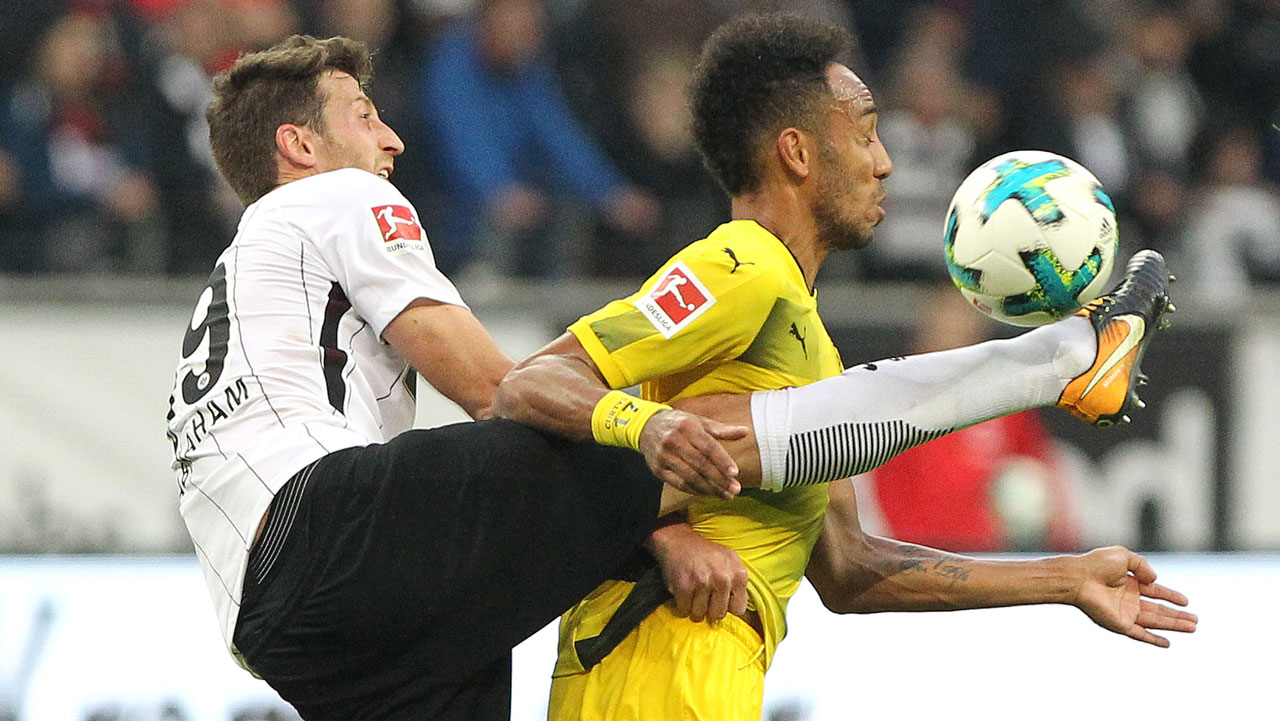 Bundesliga leaders Borussia Dortmund threw away a two-goal lead in their 2-2 draw at Eintracht Frankfurt on Saturday as the pressure remains on goalkeeper Roman Burki.

Dortmund are winless in their last three games after losing 3-2 at home to RB Leipzig last Saturday and drawing 1-1 at Cypriot side APOEL on Tuesday in the Champions League.

Goals by Turkey international Nuri Sahin and winger Maximilian Philipp either side of the break put Dortmund 2-0 up, but Eintracht roared back with two goals in four second-half minutes.

Dortmund stay top on 20 points, just three ahead of defending champions Bayern Munich, who are at strugglers Hamburg later on Saturday, and one ahead of RB Leipzig, who won 1-0 at home to VfB Stuttgart.

Dortmund took the lead just a minute after Frankfurt’s Ante Rebic had a goal disallowed for offside as Marc Bartra’s long-range pass was converted on 19 minutes by Sahin, who sprinted 80 metres to celebrate with Burki.

Dortmund’s Swiss shot-stopper extended his contract at Dortmund until 2021 on Friday.

It was a vote of confidence by the club after Burki endured sharp criticism for a mistake which allowed APOEL to take a shock lead in Tuesday’s Champions League draw.

Before kick-off, sporting director Michael Zorc told Sky Burki has Dortmund’s full backing, but another mistake by their goalkeeper in Frankfurt let Eintracht back in the game.

Philipp had made it 2-0 when he fired home Mario Goetze’s final pass on 57 minutes, but Frankfurt were then handed a route back into the game when Burki brought down Rebic, and Haller fired home the spot-kick.

In pushing to restore the lead, Dortmund gave a Bundesliga debut to 17-year-old ex-Manchester City midfielder Jadon Sancho, who was released by England from the Under-17 World Cup in India.

Frankfurt’s point could have come at a price as USA wide man Timothy Chandler limped off with a knee injury on 37 minutes.

RB Leipzig, who face Bayern twice next week — at home on Wednesday in the German Cup, then away next Saturday in the Bundesliga — followed their midweek Champions League win over Porto with a narrow win against Stuttgart.

Midfielder Marcel Sabitzer netted the winner midway through the first half when his shot looped over Stuttgart’s Germany goalkeeper Ron-Robert Zieler.

Meanwhile, Bayer Leverkusen are ninth after a stunning 5-1 romp at Borussia Moenchengladbach.

However, Leverkusen roared back with five second-half goals, four of which came in a dazzling 21-minute spell, through Sven Bender, Leon Bailey, Julian Brandt, Kevin Volland and Joel Pohjanpalo.