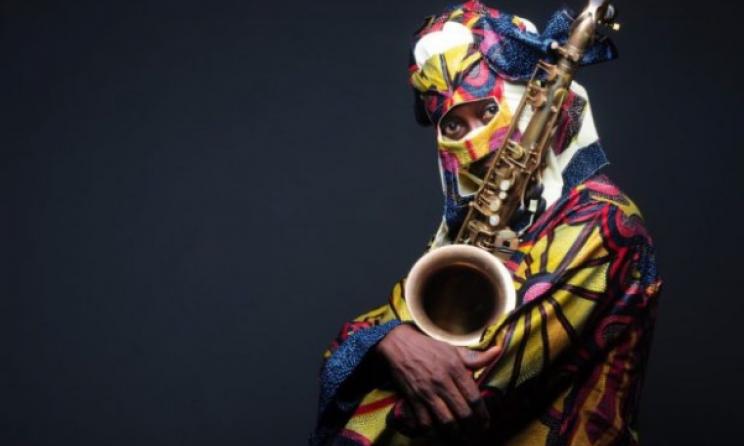 The graphic presented in the Glo television commercial enacted by Lagbaja and his band boys takes TV commercial to another level.
Lagbaja, who was about to travel out of the country at the International Airport was asked to verify his claim by playing a tune by the Immigration Officer checking his passport who asked, “How do I know you are not an impostor? Oya play me something?”

Lagbaja informed the Officer that members of his band were scattered all over the world but declared that the issue was not a problem as long as Glo 4G phones were available. He asked “who’s on Glo here?”

He got a couple of Glo smart phones and linked his band members namely the drummer, Dele in Asaba, Lekan, his gangan player in Calabar, Jide, his guitarist in Lagos, Ahmed, his keyboardist in London and Uzor, his konga drummer in Abakaliki. They played a beautiful instrumental version that viewers all over the world are excitedly gushing over.

A creative drama, so to say. This is a pointer to the importance of data to all the networks. ‘Data is oxygen’ is the novel pay-off line adopted by Globacom to aptly capture the very essence of data in today’s life.

Variously described as the very lifeblood of modern living and the flavour of the moment, data has been enabling citizens to do marvelous things in the world with the Internet of Things, Artificial Intelligence and all what nots.

Without doubt, oxygen constitutes 21 per cent of our atmosphere, which is the precise balance of air we need to breathe as anything more would lead to conflagration that will roast humanity. The awesome delicate balance and its necessities underscore the importance of oxygen to life and by extension the essential nature of data to communication.

There can be no life without oxygen and there can be no meaningful communication without data.To give wings to communication needs, Globacom has provided a panoply of services namely 2G, 3G and 4G to enable subscribers to upload, download and surf the internet without worries. Of all the services, the Glo 4G comes with oodles of benefits and unlimited possibilities to fast track commerce and productivity in the society by creating more entrepreneurs and ”ideapreneurs” making waves in various sectors of the economy.