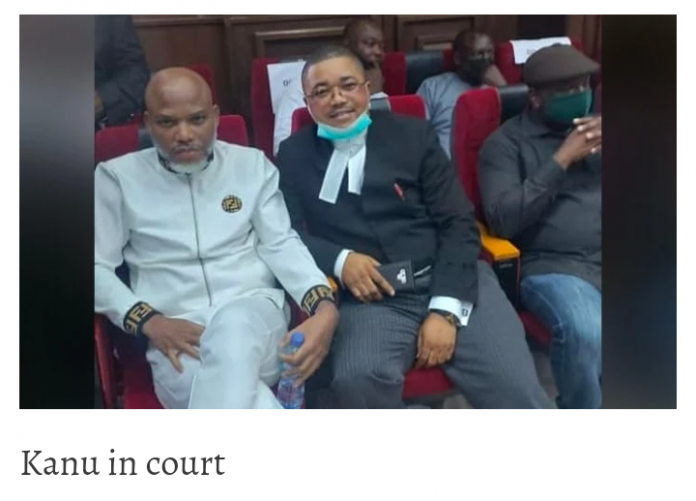 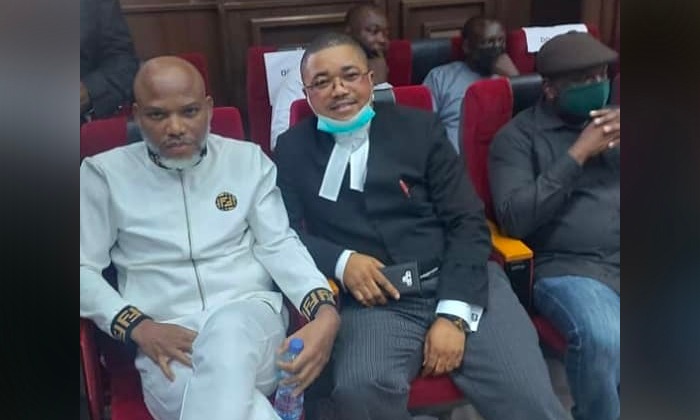 The Indigenous People of Biafra has accused the Department of States Services of high-handedness in the handling of its leader, Nnamdi Kanu, in its custody, claiming that the DSS was starving and maltreating him.

According to the secessionist group, the DSS has denied Kanu food for three days in what it described as a way “to use starvation and hunger strategy to eliminate him”.

It, therefore, called on the security agency to urgently transfer Kanu to Kuje Prisons or any other correctional centre where suspects awaiting trial are kept.

This was contained in a statement by the group’s Director of Media and Publicity, Emma Powerful, on Saturday.

The statement partly read, “The evil and compromised Nigeria’s DSS security agent has decided to use starvation and hunger strategy to eliminate our leader, Mazi Nnamdi Kanu, in custody. They have continued to confine him to a solitary cell under harsh conditions since his rendition to Nigeria in June. Solitary confinement is not a correctional centre. They should send him to Kuje Prisons, pending his court dates.”