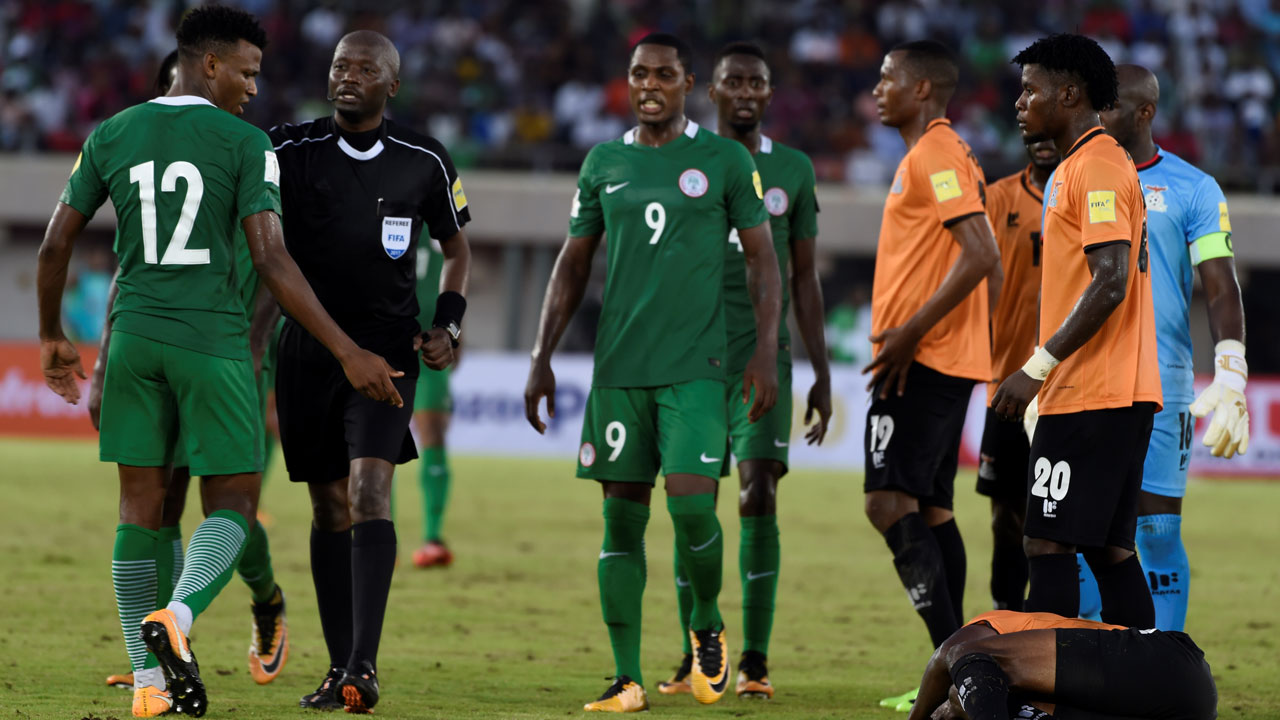 Super Eagles right full back, Shehu Abdullahi, has been suspended for two games and also fined for an undisclosed amount of money for violent conduct according to a statement by the Cyprus Football Association yesterday.

Abdullahi put up a sterling performance and also provided the pass to Alex Iwobi that gave Nigeria the lone goal victory over the Chipolopolo of Zambia in their World Cup qualifier. He was eventually named the man of the match played at the Godswill Akpabio Stadium in Uyo, Akwa Ibom

According to Africanfootball.com, the CUP Athletic Judge, Aristotle Vryonidis, announced the penalty after reviewing the case involving Shehu Abdullahi, as he is suspended for two games.

‘’In the 36th minute he went to Apollon’s bench to get the ball and did not give it to the player, so the footballer moves with his foot to beat them. He tried to kick them.

‘’Then the footballers of Apollon’s bench moved backwards to avoid the kick. This resulted in the red card being accepted directly in the CYTA A Championship match,” the FA said in the release.