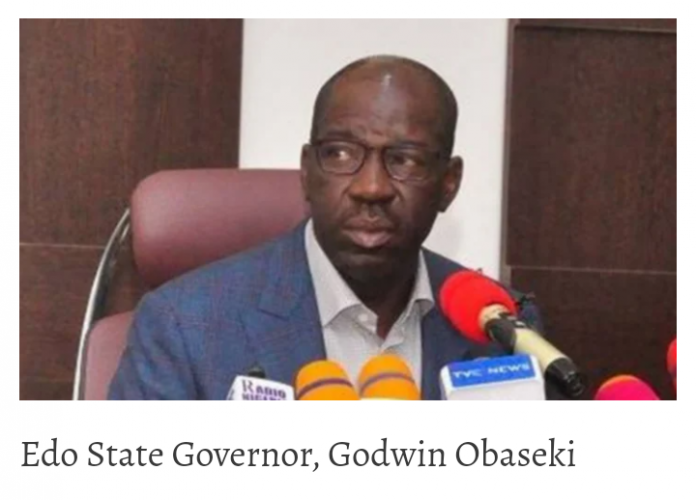 Edo State Government has directed that the Permanent Secretaries of the Ministry of Education and the Post-Primary Education Board as well as the two principals of Idogbo Secondary School should procced on retirement following the student rampage at the school on December 3, 2021.

The decision was reached during the State Executive Council meeting chaired by the state governor, Mr.Godwin Obaseki, at the Government House, Benin City, on Wednesday.

In a statement after the meeting, Commissioner for Communication and Orientation, Andrew Emwanta, said the council took the decision after it considered the report of a committee set up to investigate the fracas and make recommendations to the government.

He said, “Flowing from the findings and recommendations of the committee’s report, the council approved that the Permanent Secretaries of the Ministry of Education and that of Edo State Post Primary Education Board be retired from service. Also affected by this decision are the Principals of the Junior and Senior Schools of Idogbo Secondary School.

“The council also approved the rehabilitation of the school, which is now to operate as a Junior Secondary School.”

He said the council directed that Idogbo Secondary School reopen on February 1, 2022, and that all students are to go through re-admission and pay a levy before they will be readmitted.

The commissioner added, “All secondary schools’ heads in the state are informed not to admit any students effectively immediately if they cannot produce a transfer certificate from the ministry or its branch offices in the LGAs.

The council also directed the decongestion of schools to enforce less than 50 students to a class. All principals are warned to desist from the usual practice of admitting students without recourse to existing admissions policy.

“In line with the Universal Basic Education Act of 2004 that stipulates basic education as the first nine years of schooling plus one year of early childhood education, Edo State Government will now embark on disarticulation of junior from senior schools.”

Olubadan: We Will Revert To Our Former Positions As High Chiefs,...