Home Headlines EFCC: I’m Not Above The Law; Joining APC Doesn’t Give Me Immunity... 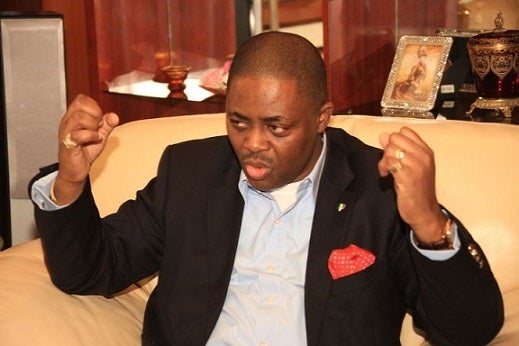 A former Aviation Minister and chieftain of the ruling All Progressive Congress, APC, has cleared the air on the recent invitation by the Economic and Financial Crimes Commission, EFCC, saying he is not above the law neither does joining the Ruling APC gives him immunity over arrest or detention.

EFCC had  invited the former minister and how he honoured the invitation at the Lagos office of the anti-graft agency before he was granted bail on self-recognition.

Reacting to the invitation and some stories in a section of the media, Chief Fani-Kayode noted via his social media handle that joining the APC doesn’t give him immunity and that APC doesn’t shield those found culpable of any offence.

Fani-Kayode who took the time to take a swipe at his critics accuses them of hate and peddling fake news.

He wrote, “I pity those that said I was arrested. They are filled with hate and live on fake news. Since when did an invitation and a friendly chat become an arrest? And even if I had been arrested, SO WHAT? I am not above the law and neither does joining APC give me immunity. My God is MIGHTY!”

Earlier, Fani-Kayode had hinted what transpired at the anti-graft’s office in Lagos where he had a “Friendly chat for over four hours and was released on bail.

“Just arrived at the George Hotel for dinner. I was never arrested by the EFCC. I was invited and I flew down to Lagos to see them. I arrived in their office at 2.00 pm and left at 8.30pm. I was granted bail on self-recognition. They were very polite and professional. Thanks be to God.” Fani-Kayode wrote.

EFCC has confirmed, through its spokesperson that it had Fani-Kayode at its Lagos office but has since declined further comments on the matter.

Since When Did Friendly Chat Became An Arrest? – FFK Replies Those Insisting He Was Arrested By EFCC

EFCC: I’m Not Above The Law; Joining APC Doesn’t Give Me...

Since When Did Friendly Chat Became An Arrest? – FFK Replies...