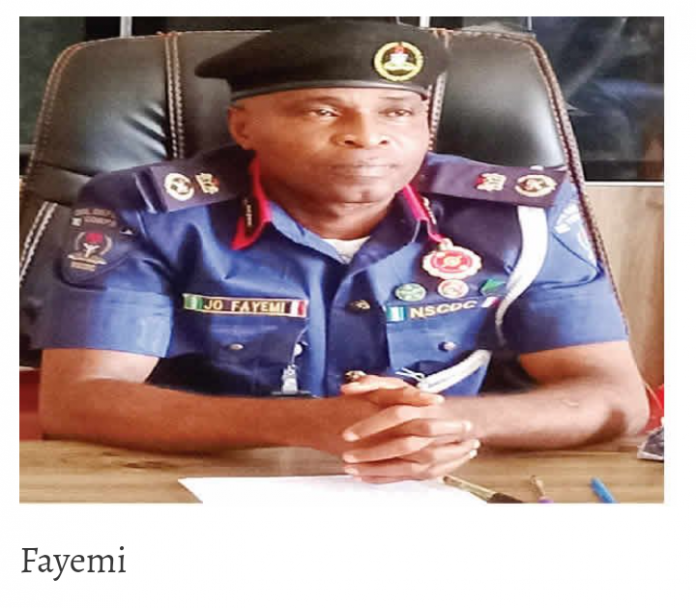 The Nigeria Security and Civil Defence Corps, Ekiti State, on Wednesday, said it was investigating one of its officers, Olukayode Adebayo, who allegedly raped a 13-year-old girl.

The police on Tuesday arraigned the 37-year-old officer for allegedly raping the victim in Ado Ekiti on Christmas Day.

The NSCDC Public Relations Officer, Tolulope Afolabi, in a statement, said the command set up a panel after it heard the allegation against the officer.

He explained that Adebayo had yet to answer a query issued to him or honour the panel’s invitation before his arrest by the police.

“A panel of enquiry was constituted to probe the allegation with a view to unravelling the circumstances that led him to the alleged crime.

The command was later notified through a memo from the Nigeria Police, Ekiti State Command, that the suspect had been arrested and the Nigeria Police were willing to prosecute him — an action which later resulted in his being remanded in the custody of the Nigeria Correctional Service pending further hearing.

The command wants to reiterate its commitment to discipline and protection of the fundamental human rights of Nigerians without minding what it would take to dig deep into investigation of crimes to make sure that deterrence is assured to dissuade anyone who may have tendencies of committing such crimes.”