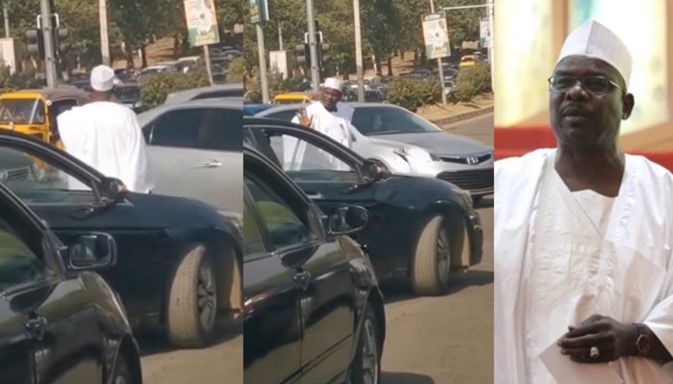 The Senator representing Borno South in the National Assembly, Ali Ndume, was seen controlling traffic in Abuja on Wednesday.

A video that has now gone viral captured the lawmaker taking up the job of a traffic warden for a few minutes before heading to the National Assembly for plenary.

Reacting to the lawmaker’s action on social media, some Nigerians commended Ndume for his selfless act while others accused him of using the opportunity to further his political career.