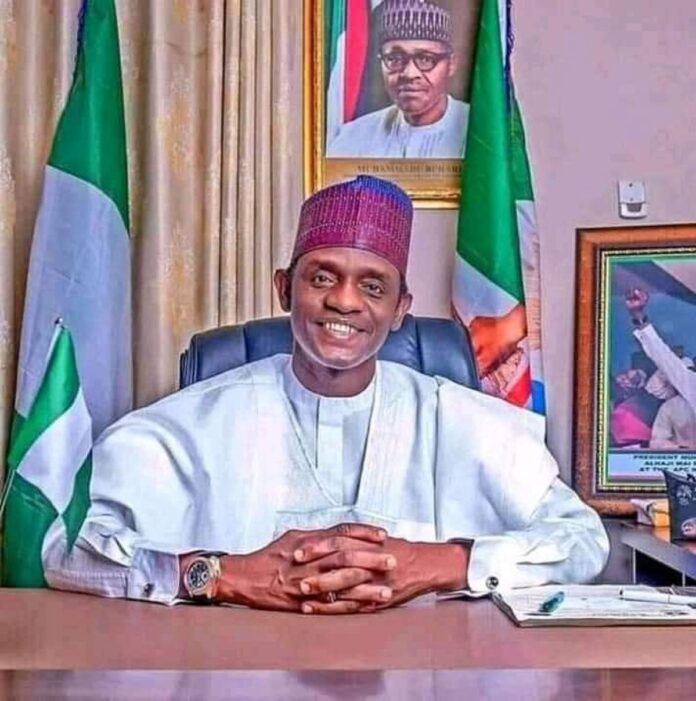 Governor Mai Mala Buni of Yobe on Saturday charged politicians in the state to empower youths to enable them to become self-reliant.

Buni, in a statement by his Director-General, Press and Media Affairs, Alhaji Mamman Mohammed, in Damaturu, disclosed this when the state’s political stalwarts from Zone B paid him a courtesy visit.

He noted that empowering youths would accelerate economic prosperity and minimize restiveness, the News Agency of Nigeria reports.

“Political stalwarts, elites and appointees must invest in the youths through economic empowerment, and offering scholarships to those from indigent families, to give them a future and to take them away from social vices,” he said.

The governor expressed satisfaction with the growing unity in Zone B, saying, “We must do away with primordial sentiments, such as ethnic differences for us to grow and develop. I am happy with the sense of unity growing in the zone,” he said.

According to him, Yobe was having its fair share of federal appointments, under the President, Major General Muhammadu Buhari (retd.) regime.

“We now have the President of the Senate, the Inspector General of Police, Minister of Power, two justices of the Supreme Court, two Courts of Appeal justices and a host of others.

“With the Minister of Power coming from our state, this will help in our recovery plan to reconnect communities destroyed by Boko Haram to the national grid,” he said.

The leader of the delegation and the state’s Deputy Governor, Alhaji Barde Gubana, commended Buni for giving the Zone a sense of belonging.

“Your Excellency, you have given us a true sense of belonging in terms of appointments and siting of projects to Zone B; this has promoted unity in the zone”, he noted.

Gubana assured the governor that political stalwarts from the zone were absolutely loyal to his leadership, saying, “we will never betray you.”

The Minister of Power, Alhaji Abubakar Aliyu, commended Buni for his leadership style, which served as a rallying point for the people of the zone.

“Everyone has that sense of belonging, we also appreciate the support, appointments and execution of projects by your administration in the Zone.

We have an existing bank account, we will task ourselves and contribute more into the account for economic empowerment of our youths,” the minister said.