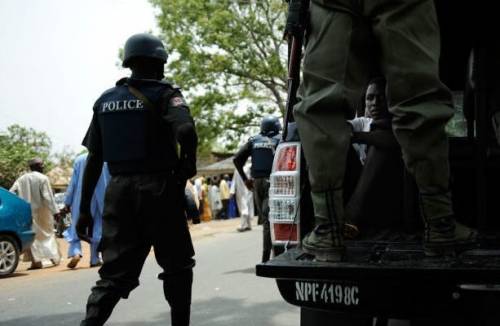 The lawyer to a complainant, Onome Okorozegbo, in Abuja on Wednesday told the Independent Investigative Panel on Human Rights Atrocities how Ovoke Godwin was beaten to death by a team of police officers led by Inspector Kabari Tambari.

The issue came up in the case of alleged extra-judicial killing of Ovoke Onomrerhino Godwin.

Okorozegbo who stated this while cross-examining the Investigation Police Officer, Inspector Tambari, told the panel chaired by Justice Suleiman Galadima (retd.), that autopsy report on Ovoke showed that he died of anaemia as a result of injury around his trunk.

The petitioner’s counsel observed that the IPO and his team killed Ovoke “following a misunderstanding involving his father (Ovoke’s father) in their community and not as a result of the jumping down from police moving vehicle”, as was alleged by Tambari, Musa Sunday and Lucky Okuku.

She objected to a medical report produced by Tambari which she noted was not signed by any medical officer.

According to her, Inspector Tambari obtained the documents while the petition was already pending before the panel.

She said that the medical report was not issued at the very time Ovoke was allegedly taken to Government Hospital Abraka, Delta state.

Similarly, the counsel cross-examined Musa Sunday and Lucky Okuku (police driver) and both of them testified before the panel that “Ovoke jumped down from the vehicle” after he took them to the location where his armed robbery gang hid two cut-to-size guns and two live cartridges in the bush.

Earlier, when the three police officers including Inspector Tambari, Sgt Sunday (Member of the investigation team), and Sgt Okuku (police driver) were separately led in their testimonies before the panel by police counsel, Fidelis Ogwobe, they said that Ovoke “was on handcuff when he allegedly jumped off the moving vehicle and got injured.”

Specifically, the police driver, Okuku, said that immediately Ovoke jumped down from the vehicle, his other colleagues hit the body of the vehicle to alert him that something was amiss and that he immediately applied brake and looked at the side mirror only to find the victim on the ground.

When the panel inquired why Ovoke was not taken to a police station instead of the hospital when he allegedly got injured, Tambari said that his superior CSP Isah Hassan (DPO Abraka Police Station) instructed them to come back to the police station.

According to him, it was when they got to the station that the CSP saw the victim and directed them to take him to the hospital for treatment, adding, “upon arrival at the hospital, the doctor confirmed him dead before his body was deposited at a mortuary in Obiaruku, Delta state.”

The police which claimed to have arrested Ovoke over an armed robbery incident in Delta state, also said that while they were investigating the case, at 1.30 am in the night Ovoke “made an attempt to escape from their moving vehicle and got injured in the process” which later resulted in his death.

The case has been adjourned for written address by the counsel.

EndSARS: I Don’t Know What Happened To Camera I Recovered At Lekki Tollgate -Fashola