Matthew Kukah, Catholic bishop of Sokoto diocese, has debunked the viral posts on social media that his residence has been set on fire in Sokoto state.

On Saturday, some rioters had taken over major roads in Sokoto over the arrest of the suspected killers of Deborah Samuel, a female student of Shehu Shagari College of Education.

A mob killed Deborah over alleged blasphemy on Thursday.

Some social media users have shared different posts, including videos and pictures, allegedly from the unrest in the state.

Catholic Broadcast Commission, Nigeria, a Facebook page with over 90,000 followers, made a post earlier in the day that Kukah’s house has been set ablaze by the rioters.

“Carnage in Sokoto today: Aftermath of violent protest in Sokoto today. Holy Family Catholic Cathedral, Bishop Kukah’s house and Catholic Pastoral Centre which were built with over N1 billion naira have been burnt down by hoodlums who are protesting the arrest of those who murdered Miss Deborah Yakubu,” the post read. 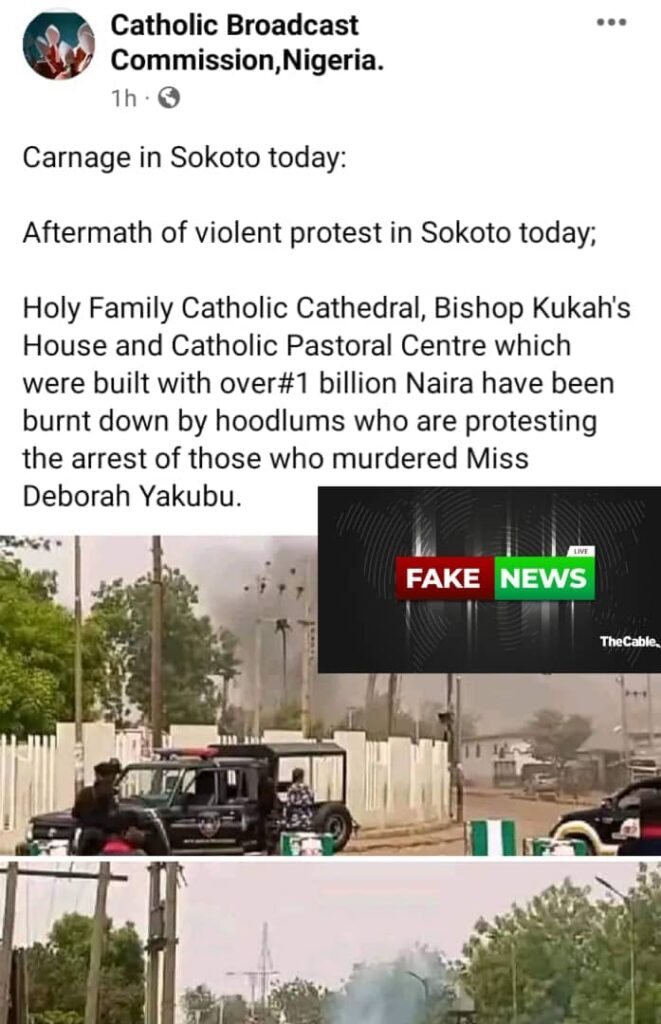 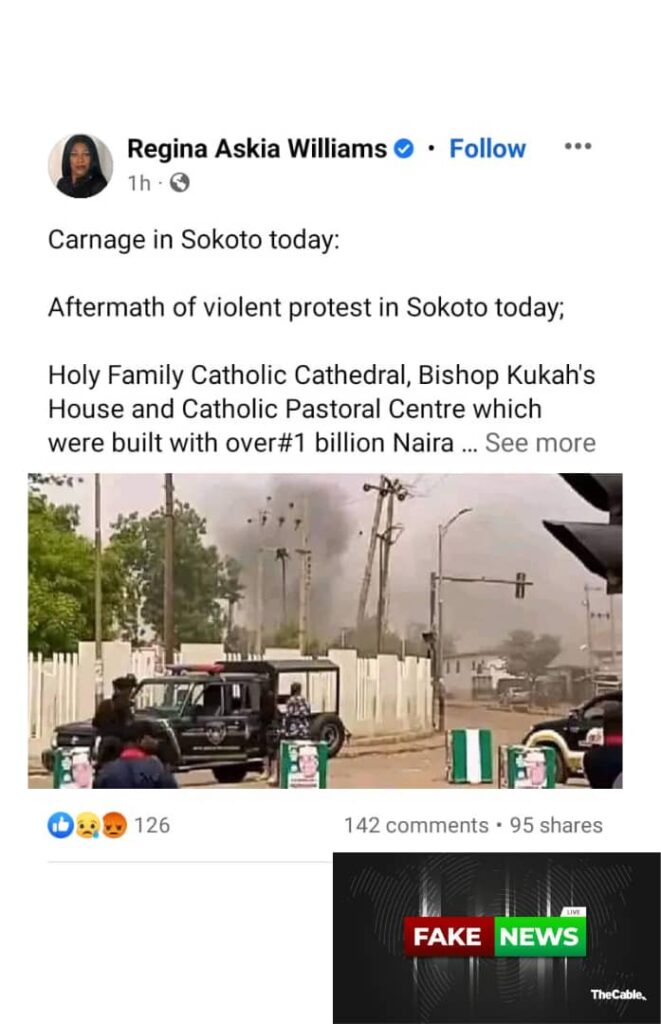 Bishop Kukah’s House and Catholic Pastoral Centre which were built with over#1 billion Naira have been burnt down by hoodlums who are protesting the arrest of those who murdered Miss #DeborahSamuel .#Onenigeria #REDLINE #BokoHaram #NigeriaArmy #protest #TontoDike #Vawulence pic.twitter.com/dtZiQXJE7s

When TheCable reached out to Kukah on phone, he said his residence in the state was not torched by the rioters.

“No, they did not burn my residence,” he told TheCable on phone.

Stella Oduah Dismisses Report Of Not Completing Her Service Year, Shares Photo Of Her In NYSC Uniform And A Letter From NECA

June 1 Deadline: No Going Back On Okada Ban, Says Lagos

Why Wike Sacked Commissioners, Others