Five children have been taken to hospital after they were struck by a bus outside of a secondary school in Wales.

The Wales Air Ambulance was called to airlift the children, believed to be aged 11 to 16, to hospital after sustaining injuries during the collision.

Police confirmed the male bus driver was also taken to hospital with villagers speculating that the driver “must have blacked out at the wheel or collapsed”.

A police spokesman said: “Dyfed-Powys Police is at the scene of a road traffic collision which occurred at about 3.25  on Monday, May 23, on School Lane, just off Neuadd Lane, Llanfair Caereinion, Welshpool.

“A school bus and a number of young pedestrians were involved in the collision.

“The male driver of the bus and five children have been taken to hospital.

“There were no passengers on the bus. The road is closed with diversions in place. Please avoid the area if possible.” 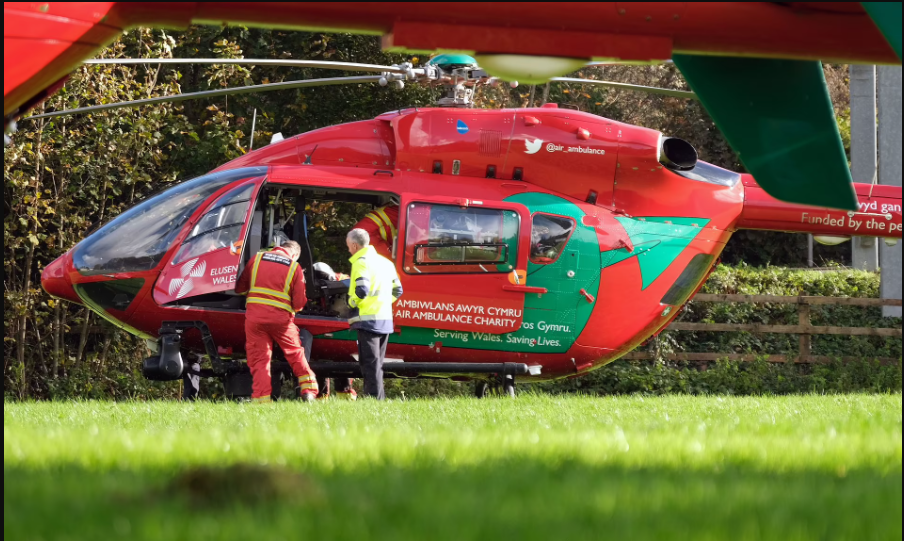