Former Minister of Information and Communication, Frank Nweke, has emerged the gubernatorial candidate of All Progressives Grand Alliance (APGA) in Enugu State.

Nweke got 273 votes to defeat Mr. Jeff Nnamani during the APGA primary election held in Enugu on Sunday. 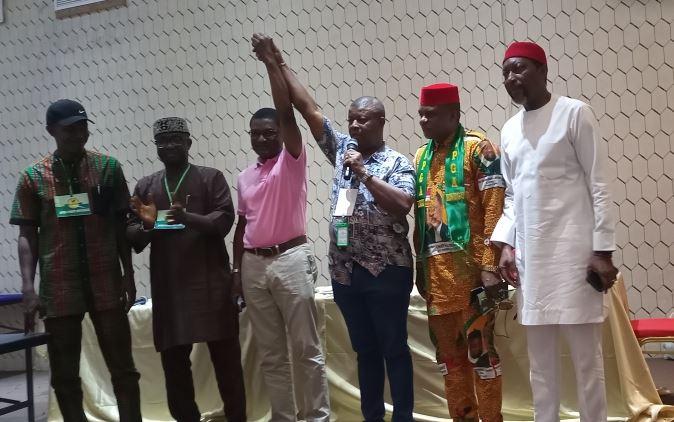 Other contestants in the election included Udeh Donatus who clinched 2 votes, Nwegbo Uchenna got 9 votes, and Ozoemena Obi Donatus got 4 votes.

Speaking shortly after the result was announced, Nweke promised to run an issue based campaign.

He expressed his willingness to have a debate with the major political parties in the state.

According to Nweke, “if I am elected as governor in 2023, it would be a process of reclaiming Enugu State.

“I will work with other aspirants and make sure we deliver the party.

“Few days from now, I would be unveiling a comprehensive manifesto that would incorporate my plans for the people of Enugu state,” he said.