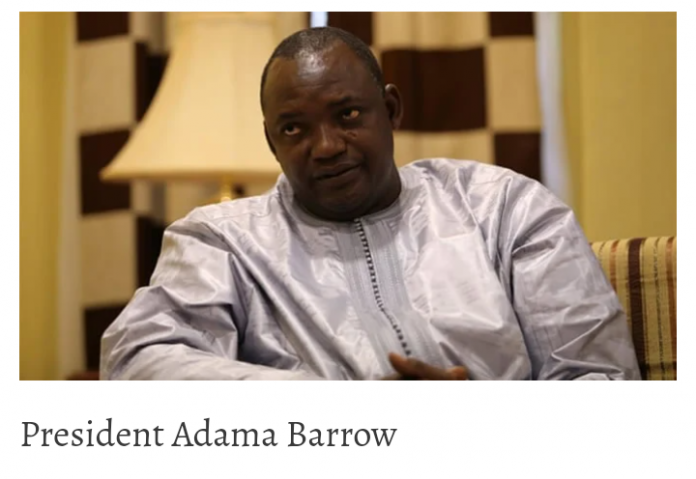 Gambia’s newly re-elected President Adama Barrow pledged on Tuesday to introduce a presidential term limit before the end of his five-year term.

Barrow, whose election in 2016 put an end to more than 20 years of dictatorship, also assured the international community that he would work to ensure that the president is elected by an absolute majority, rather than through the current first-past-the-post system.

Barrow, however, fell short of a commitment to hold those responsible for crimes committed by the state and its agents under the dictatorship of Yahya Jammeh to be held accountable.

Barrow set up a truth commission to probe the alleged abuses after coming to office.

It submitted a report to him in November, calling for perpetrators to be tried.

The Gambia’s international partners consider reform essential to contain the powers of the president and consolidate Gambia’s fragile democracy.

Noting that a previous attempt at reform failed in 2020, he vowed that the constitutional reform would be in place before the end of his term in power.
“I want that project to be part of my legacy,” he said.

Parliament rejected a draft of a new constitution in September 2020 that would have instituted a two-term limit.

Barrow’s supporters had objected to the retroactive nature of the limit, which would have prevented him from seeking a third term.

Barrow did not say whether a new constitution should reset term limits for him.
Guinea’s President Alpha Conde had run for a controversial third term in 2020 on such grounds, but was later overthrown by a coup.

As for prosecuting the perpetrators of crimes in the Jammeh era, Barrow said that while he had a part to play in that decision, it was not his alone.

That decision would be taken in consultation with his government and after consulting experts over the coming six months, he said.

“One thing we want to assure, there will be justice, and reconciliation, reparations,” he said.