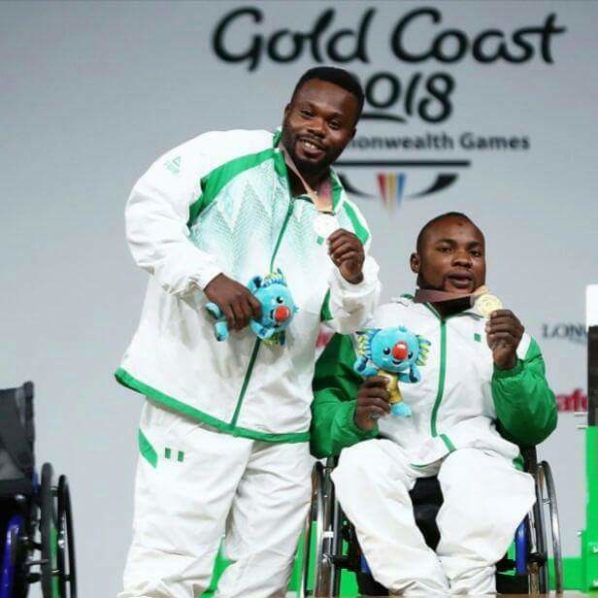 Prior to the Para-Power lifting event, Team Nigeria had two Silver medals from the Commonwealth games but in the wee hours of Tuesday, Nigeria counts three Gold medals and an extra two Silver medals.

Roland Ezurike and Paul Kehinde started the Para Power lifting dominance in the men’s lightweight category, finishing in a spectacularly as first and second in the event. Ezurike won Nigeria’s first Gold medal at the games when he lifted 188kg and 194kg to score a total of 224.3 points.

World Record holder, Kehinde lifted 211kg in his first attempt but could not cleanly lift 221kg in his second attempt as he garnered 219.9 points to finish second.

Esther Oyema and Lucy Ejike, like their male counterparts won Gold and Silver in the lightweight category. Oyema lifted a World Record 131kg to amass a total of 141.6 points to claim the top spot while Ejike lifted 133kg to tally 134.1 points to settle for second.

Team Nigeria’s third Gold medal came through Ndidi Nwosu. Nwosu, the only Nigerian athlete in the women’s heavyweight category secured a whopping 110.4 points with clean lifts of 110kg and 120kg.

Williams Breaks Down In Tears After Australian Open Semi-final Defeat

The Crises Of Nationhood And The Yahaya Bello Presidency: A Reminder...