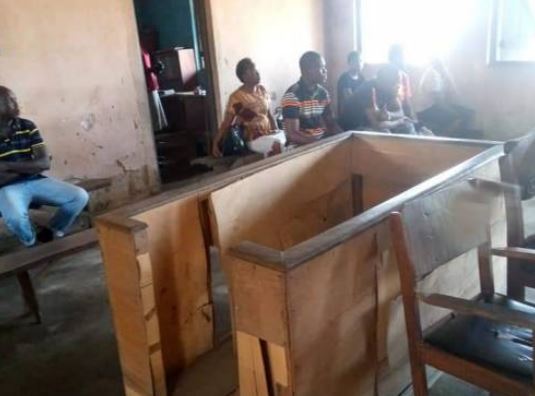 Some residents of oil-rich Delta State have taken to social media to castigate Governor Ifeanyi Okowa over the state of a dilapidated court in former governor James Ibori’s home town, Oghara, headquarters of Ethiope West Local Government Area of the state.

The state of the customary court, located in Oghara community, has been described by some people as shameful and disgraceful.

“Nigeria is the citadel of corruption, and this has been shown in all institutions times without number. It is not only the Judiciary which has been neglected. However, as an arm of government, it should as a matter of necessity be adequately taken care of. That will give people the confidence to approach the throne of justice. The masses have complained that such a court cannot give justice.