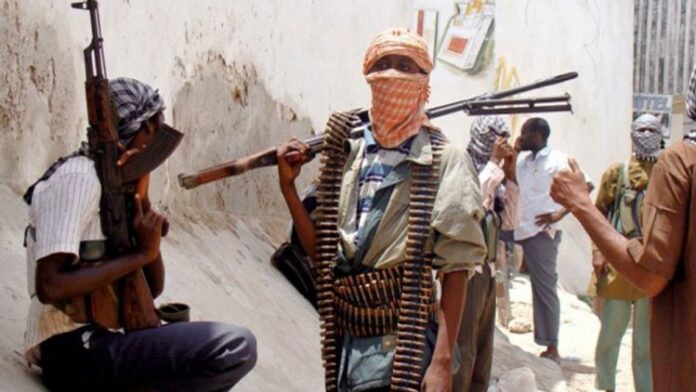 A week after four people were kidnapped at Ayebode, in the Ikole Local Government Area (LGA) of Ekiti State, eight victims were allegedly kidnapped on Tuesday at Itapaji Ekiti of the same LGA.

The kidnappers have contacted the family of victims on Wednesday and demanded a sum of N50 million as ransom.

An eyewitness revealed to newsmen in Ado Ekiti, on Wednesday, that the gunmen had besieged a house located in the town around 9.30pm, shot sporadically into the air and made away with eight occupants of the building.

The gunshots that lasted for over one hour terrified the residents of the community, the source added.

The source pointed out that the owner of the building was preparing for his mother’s burial and the preparations were on top gear when the gunmen struck.

“The kidnappers, seven, came around 9.30pm with guns and surrounded the building. They fired gunshots sporadically.

“As the occupants of the house were coming out, they were grabbed and made to lie face down.

He added: “Early today (Wednesday), one of the family members received a call from the abductors and demanded a ransom of N50m.”

The source added that the lack of police stations in Itapaji-Ayebode and Irele-Oke Ako axes was responsible for increasing cases of kidnapping in the area, saying the nearest police station is in Ikole Ekiti, which is over 40 minutes drive to the troubled spots.

Abutu said: “The Command is working on that.

“Already, special police operatives, as well as the JTF, have been deployed in that axis to ensure they rescue the victims and for possible arrest of the culprits”