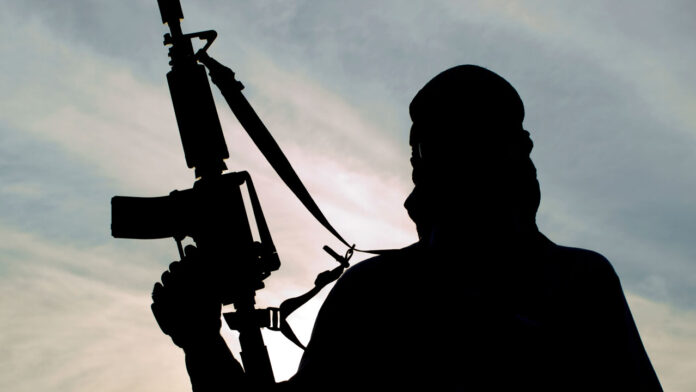 Some gunmen suspected to be land grabbers have reportedly shot no fewer than six persons in Jegede village of Igbesa, Ado-Odo/Ota Local Government Area of Ogun State.

Oyeyemi identified the suspected land grabbers as Kamoru Ayodele, Adewale Muyibi and Taofeek Ogundele. He said the trio were arrested on Monday after invading the Awori community.

The suspects were said to have inflicted injuries on some villagers in their attempt to take over their land.

According to Oyeyemi, the arrest of the three men followed a distress call received by the police at Agbara division.

Having received the distress call, Oyeyemi disclosed that the DPO of Agbara Division, SP Saleh Dahiru, led his men to the scene where the six men were shot by the assailants.

“While three amongst the hoodlums were apprehended, others escaped,” Oyeyemi said, adding that the Commissioner of Police had directed that the suspects be transferred to the State CIID for further investigation, as he ordered a manhunt for the fleeing members of the gang.