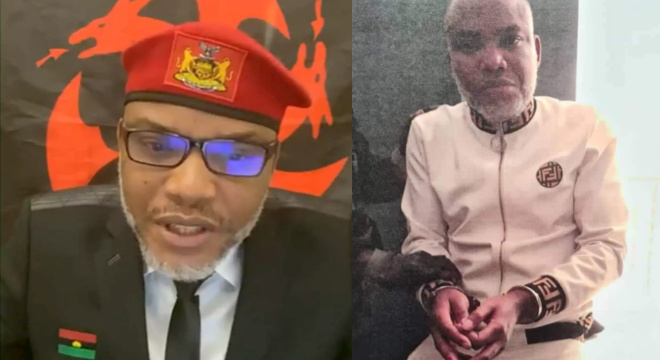 Kenyan Government has again distanced itself from the arrest and rendition of the Leader of the Indigenous People of Biafra, IPOB, Mazi Nnamdi Kanu.

The Government in its defense to the suit filled against it by Kanu’s brother, Kingsley Kanunta Kanu on behalf of the IPOB Leader, confirmed to the court in Kenya that Kanu did not undergo extradition proceedings in Kenya.

According to a press release by Kanu’s brother made available to Vanguard on Thursday by Kanu’s Special Counsel, Aloy Ejimakor, the court hearing in Kenya took place on November 2.

The release quoted Kenyan Government as saying there was no record in any Kenyan police station showing that Kanu was legally arrested or detained in the country.

It read in art ” On 2nd November 2021, the Government of Kenya filed its defense to the suit I had earlier filed in Kenya on behalf of my brother, Mazi Nnamdi Kanu.

“It will be recalled that following my brother’s extraordinary rendition in June this year, the Kenyan Government had publicly issued series of statements, denying its complicity in this abominable act

“In the said defense that it filed in Court, Kenya has not only persisted in its denials, but it went further to confirm that my brother was denied the benefit of the due process of extradition in Kenya or even a lawful arrest.

“In particular, the defense the Kenyan Government filed in court stated in major part “That there are no extradition proceedings to justify that the Government of Kenya is responsible for the subject’s extradition”.

It further stated “That there is no OB record from any of the Police station within the Country to indicate that the subject in issue was lawfully arrested and detained for purposes of commencing extradition proceedings”.

“It needs to be emphasized that above admissions have officially confirmed our long-held position that Mazi Nnamdi Kanu’s transfer from Kenya to Nigeria is unlawful, not lawful as was claimed by the Nigerian Government.

“This latest revelation, officially made in open Court by Kenya, further solidifies our abiding position that the Nigerian Government cannot benefit from its own wrong by subjecting my brother to trial.

“As the the next hearing date unfolds to 7th December 2021, more legal processes will be in view. Our immediate goal is to secure the unconditional release of Mazi Nnamdi Kanu from detention.”