TheCable has obtained a copy of the 162 convicts recommended for pardon by the Presidential Advisory Committee on Prerogative Of Mercy.

They were both said to be suffering from “life-threatening ailment” and “old age” and a presidential spokesman said it would have been “wicked” of President Muhammadu Buhari not to pardon them.

Buhari had used the jailing of those governors as evidence of his anti-corruption war and his critics believe the pardon unravelled his achievement.

Francis Atuche, former managing director of Bank PHB, and two others were on the list that was presented by Buhari to the Council of State on April 17 but the three did not make the final cut as 159 were pardoned.

Atuche was said to have “life-threatening ill health” in the recommendation of the committee but the Council of State advised the president against granting him a pardon.

Some senior officials of the ministry of justice have been quizzed by the Economic and Financial Crimes Commission (EFCC) over suspicion of corruption in the compilation of the presidential pardon list, TheCable previously reported.

‘PARDONED TO BE USEFUL’

On the list are scores of people convicted for fraud, money laundering, drug trafficking, forgery and stealing.

A common reason advanced for their pardon was “life-threatening ailment” and “old age”.

John Joshua Uloh, a 58-year-old prisoner convicted for defrauding a woman under the pretext of selling land to her in Asokoro, Abuja, was recommended for pardon based on “old age”.

Sa’Adu Alanamu, a former nominee to the board of the Independent Corrupt Practices and other related Offences Commission (ICPC) who was convicted for a N182 million fraud, was asked to be pardoned for “being beneficial to the society”.

A 39-year-old woman, Halima Kachalla, who had been convicted for forgery and stealing, was considered “useful to the medical profession” because she is a medical doctor.

Some of the recommendations, however, covered compassionate cases for those considered to be at the lower ladder of society.

Unoka James, sentenced to six years for stealing and forgery, was recommended for pardon for having learnt “tailoring” in prison while 34-year-old Adamu Yusuf was said to have learnt “barbing”.

Two inmates had already served 12 years imprisonment in Thailand before being convicted again on their return to Nigeria in what could be considered “double jeopardy” — being punished twice for the same offence.

Former coup plotters made the clemency list as well as some military officers who were dismissed for mutiny.

In all, 26 inmates, 85 surviving ex-convicts and one deceased ex-convict were recommended for presidential pardon.

For presidential clemency, 27 inmates were on the list, as well as 13 others whose terms of imprisonment were to be reduced.

For those on death row, 10 of them were to be commuted to life imprisonment. 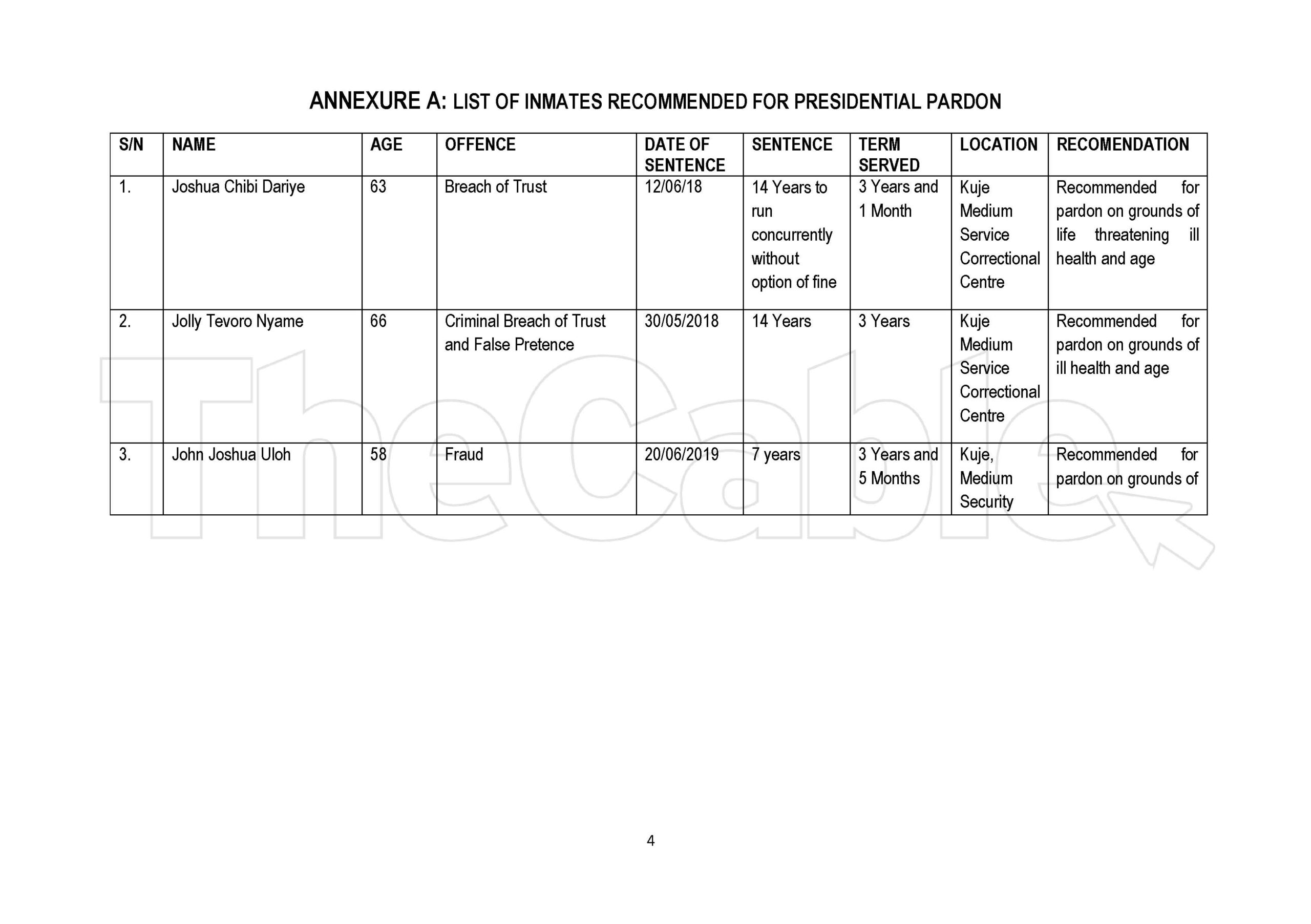 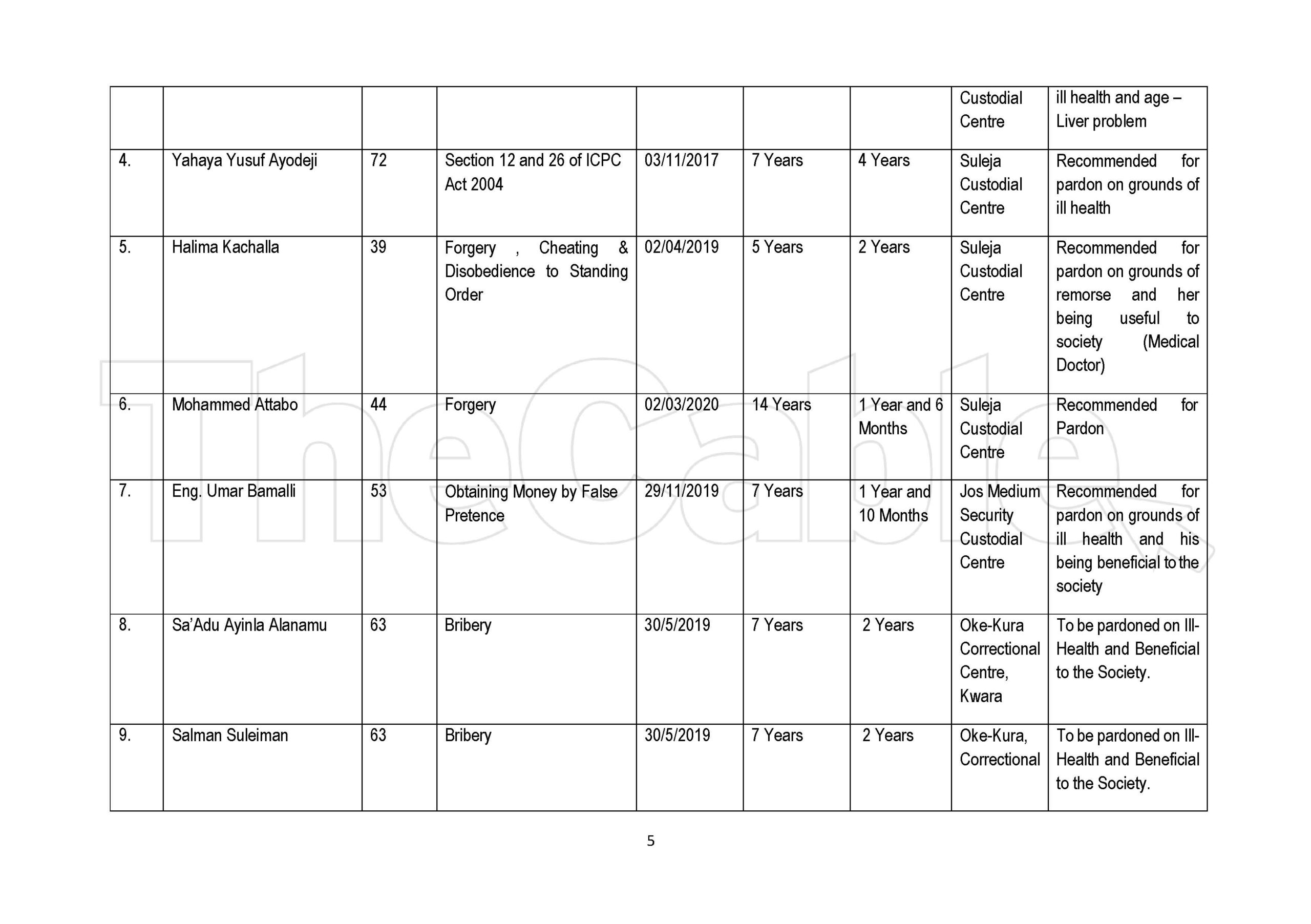 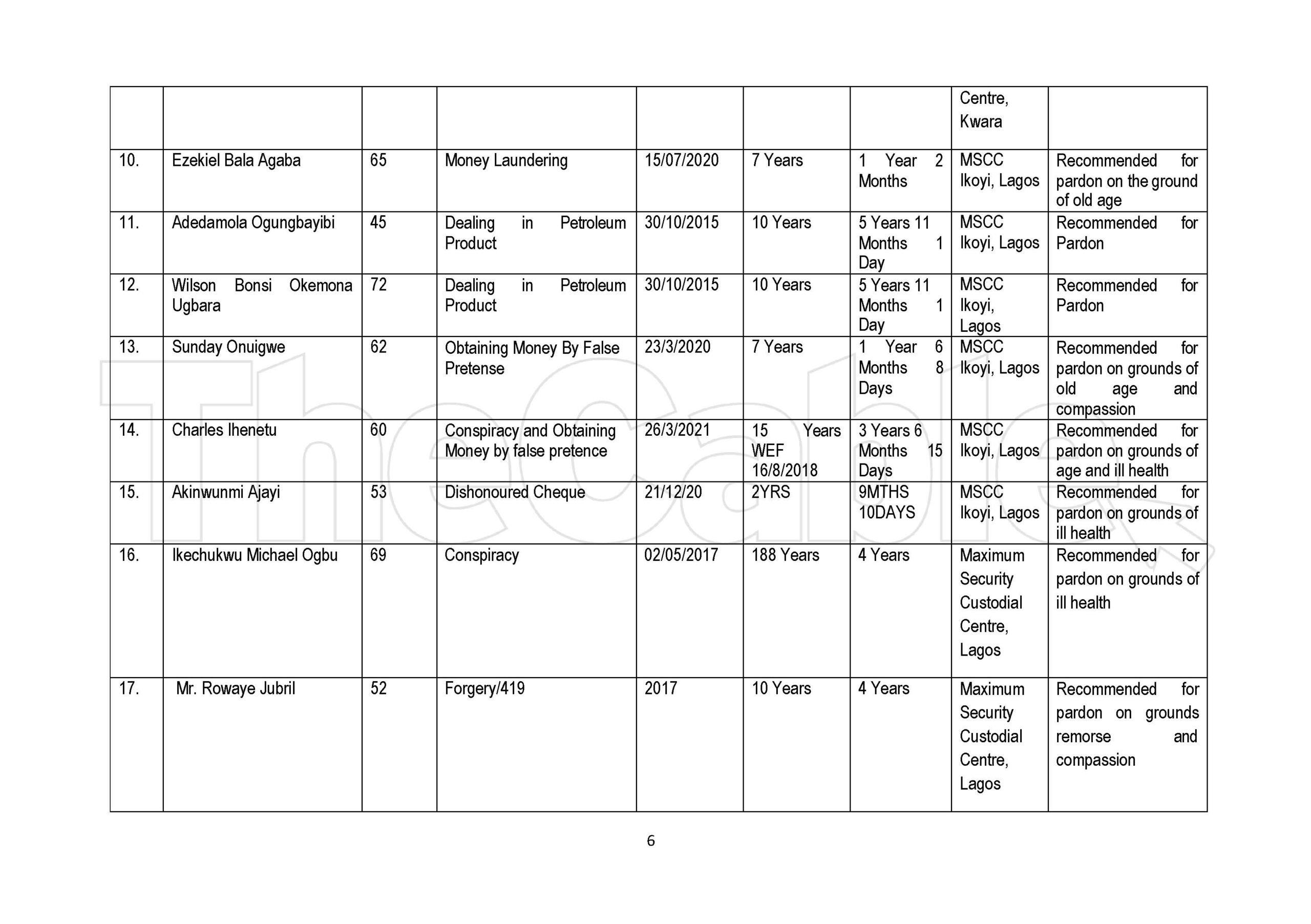 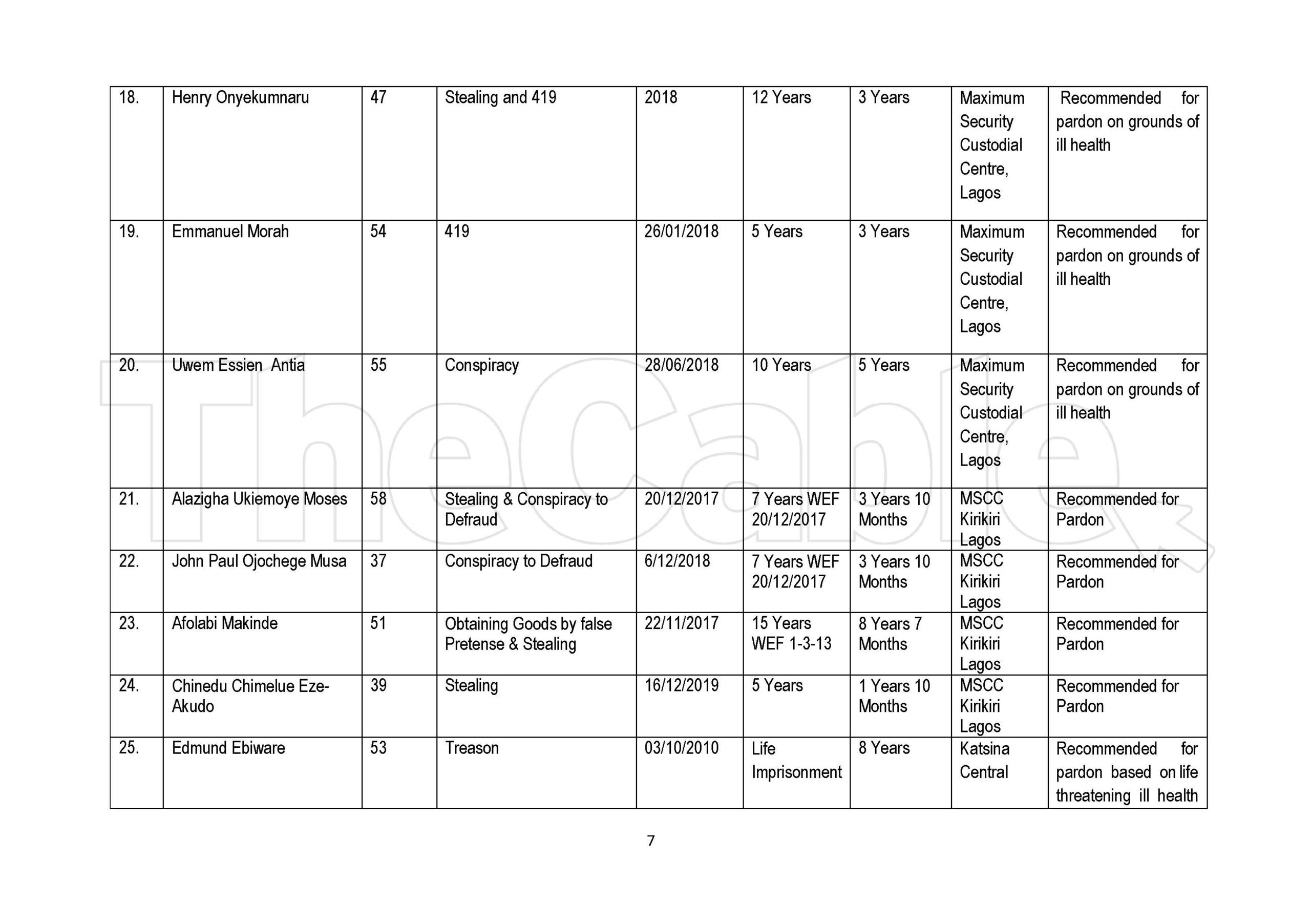 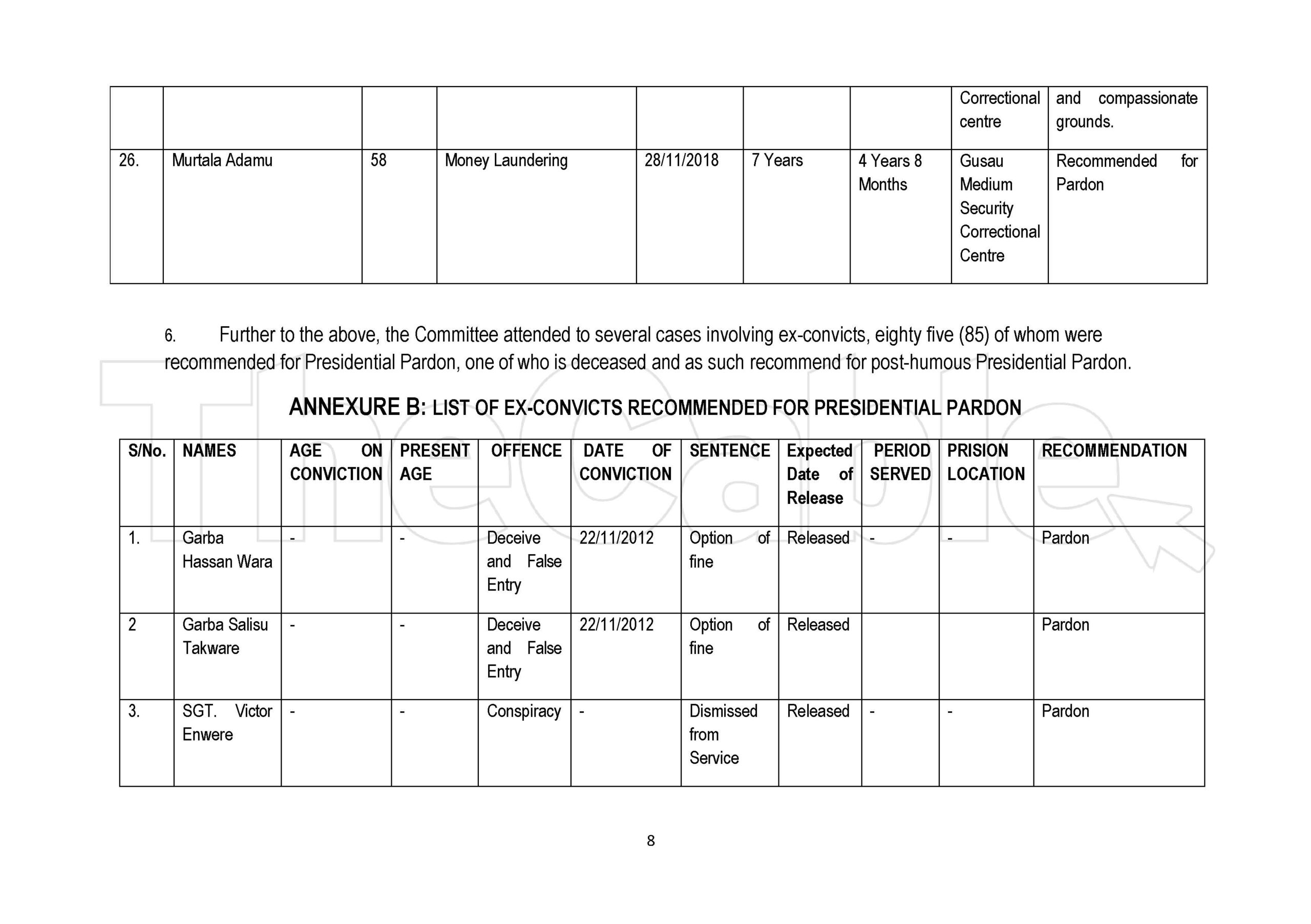 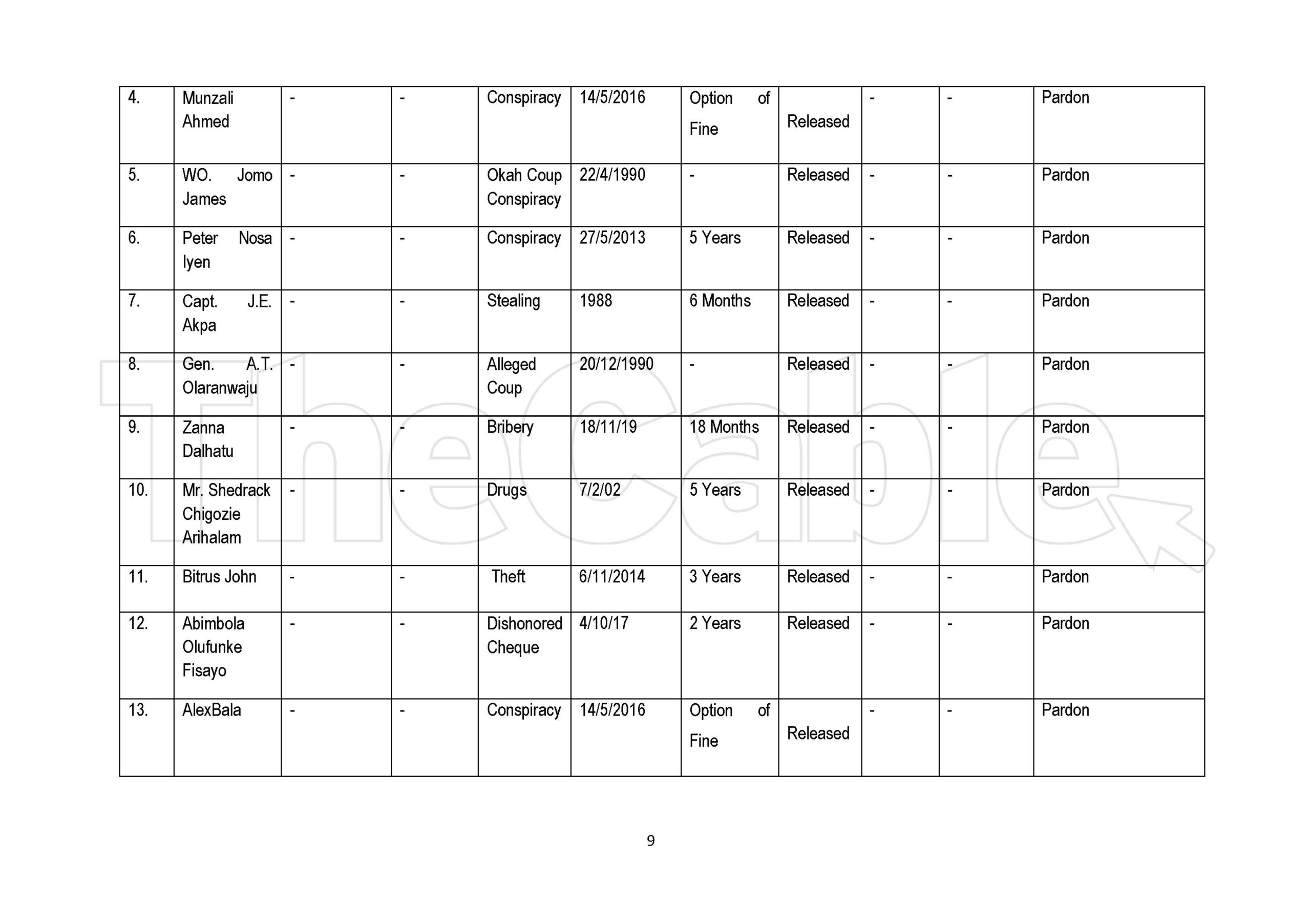 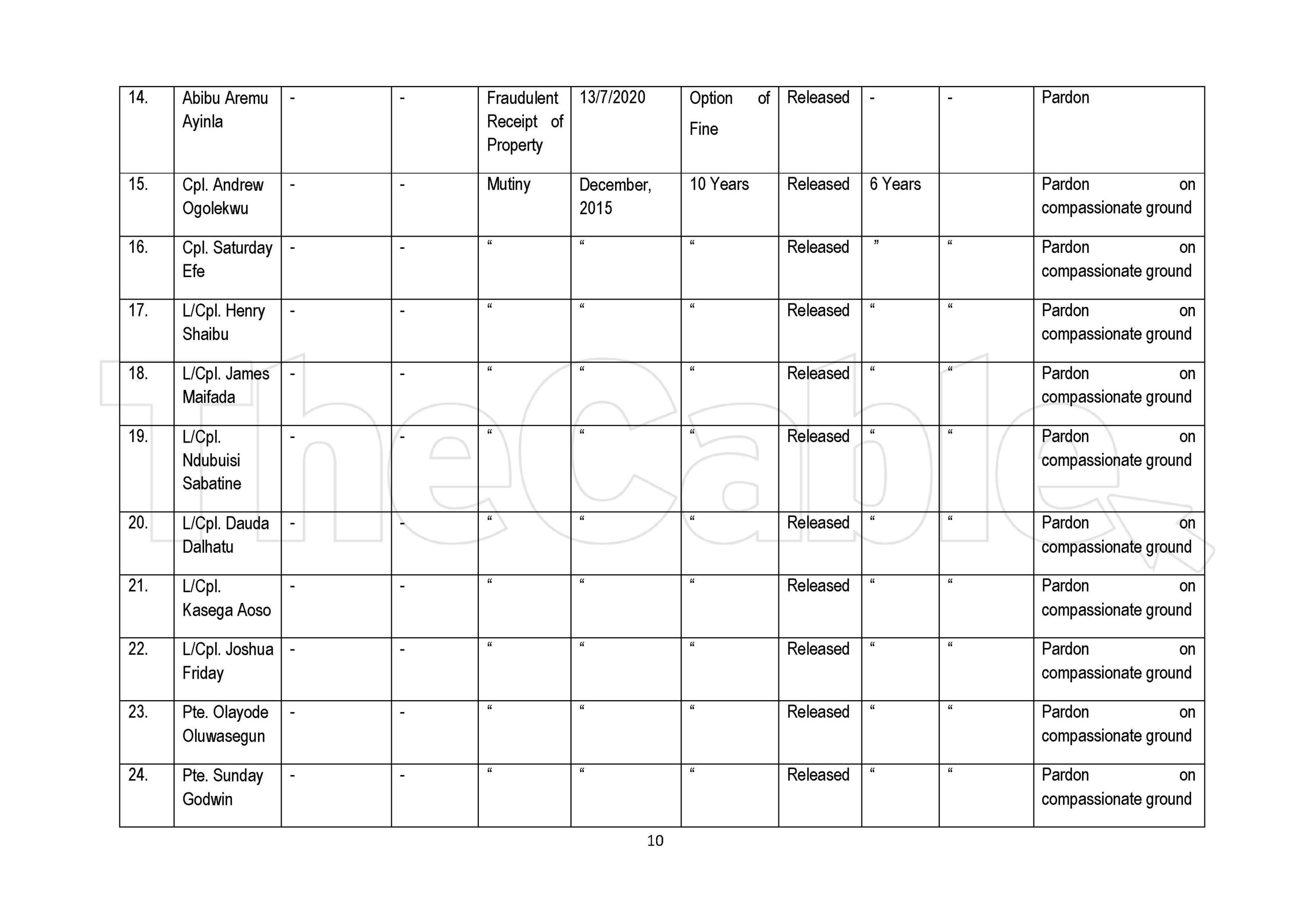 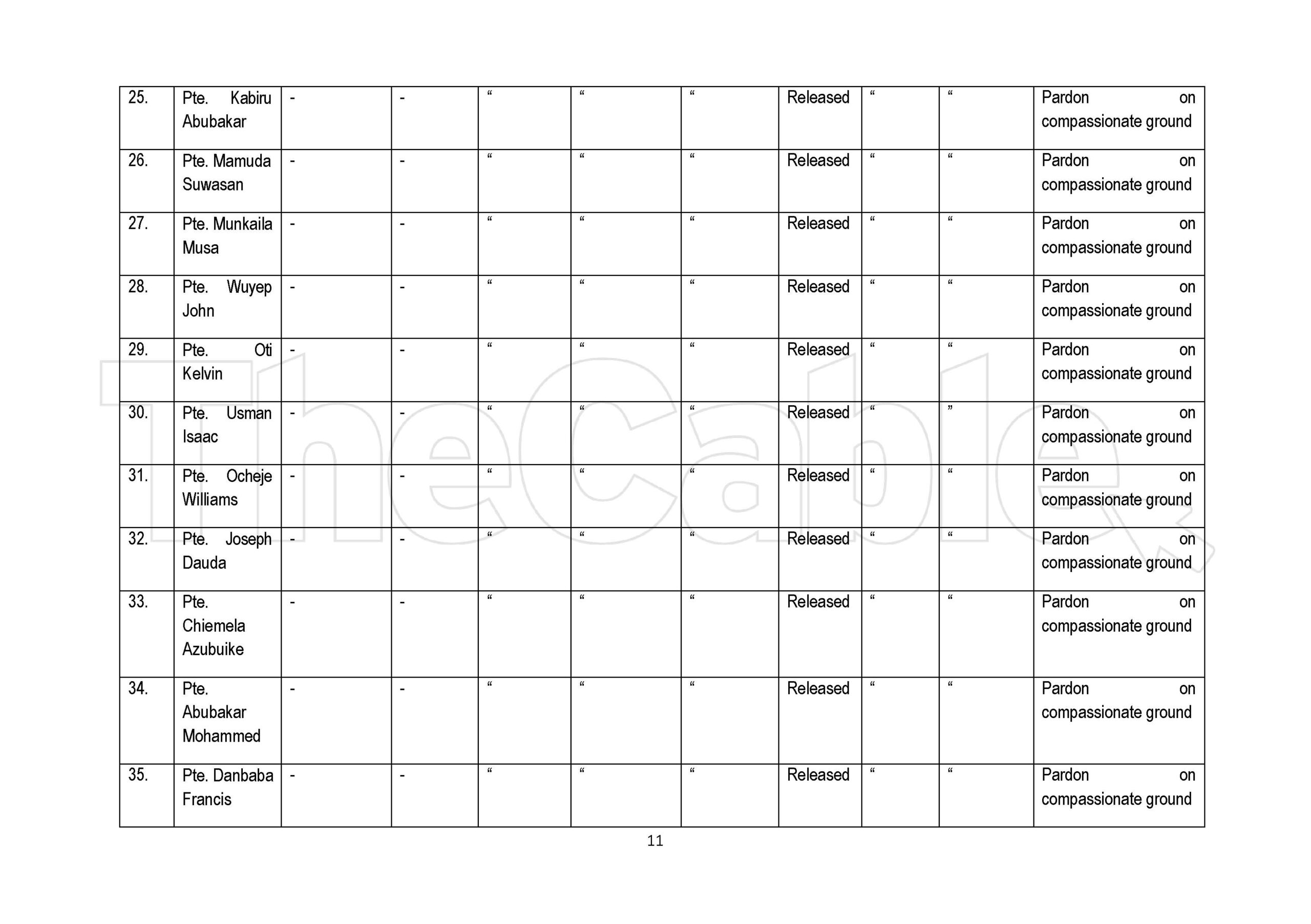 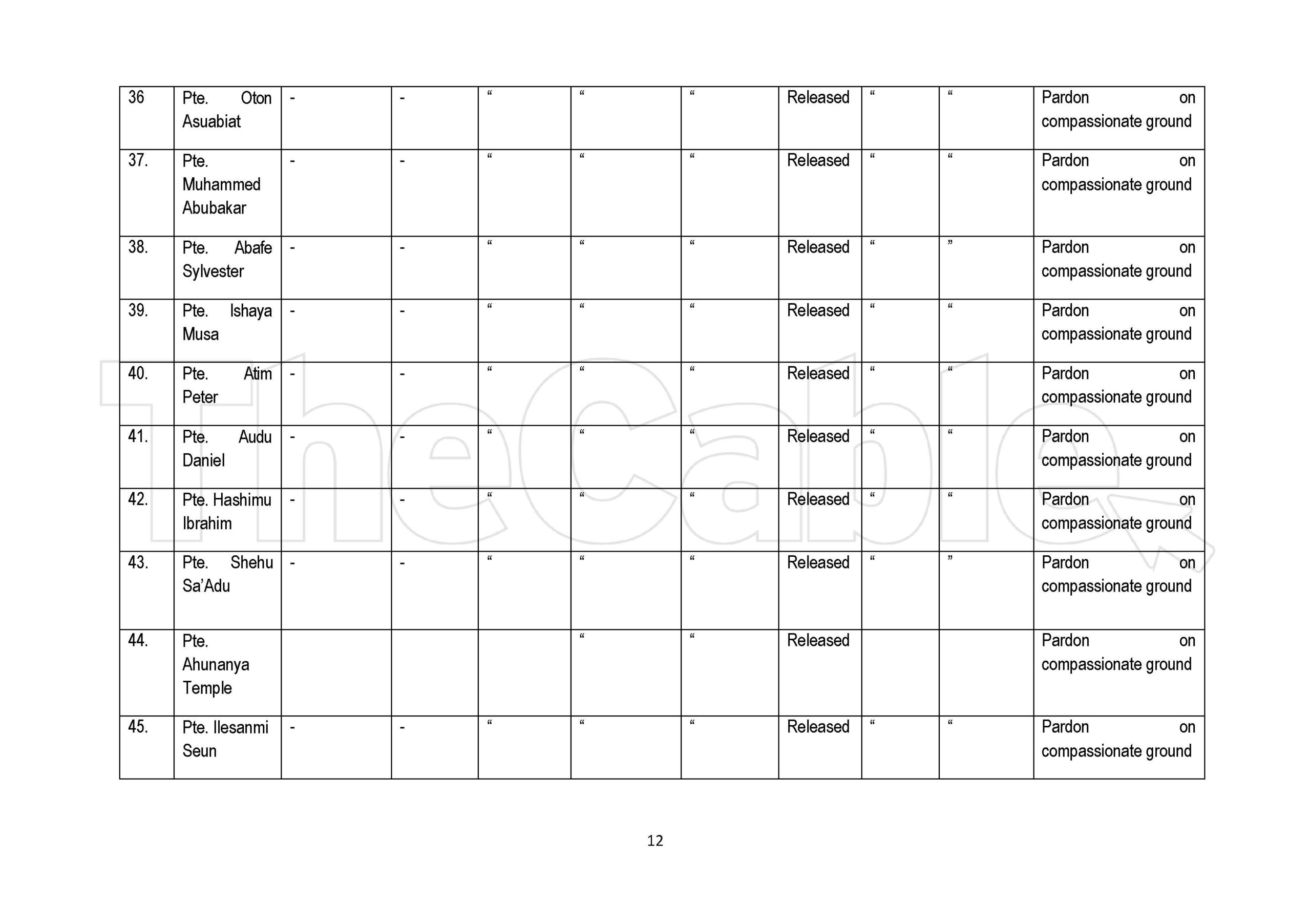 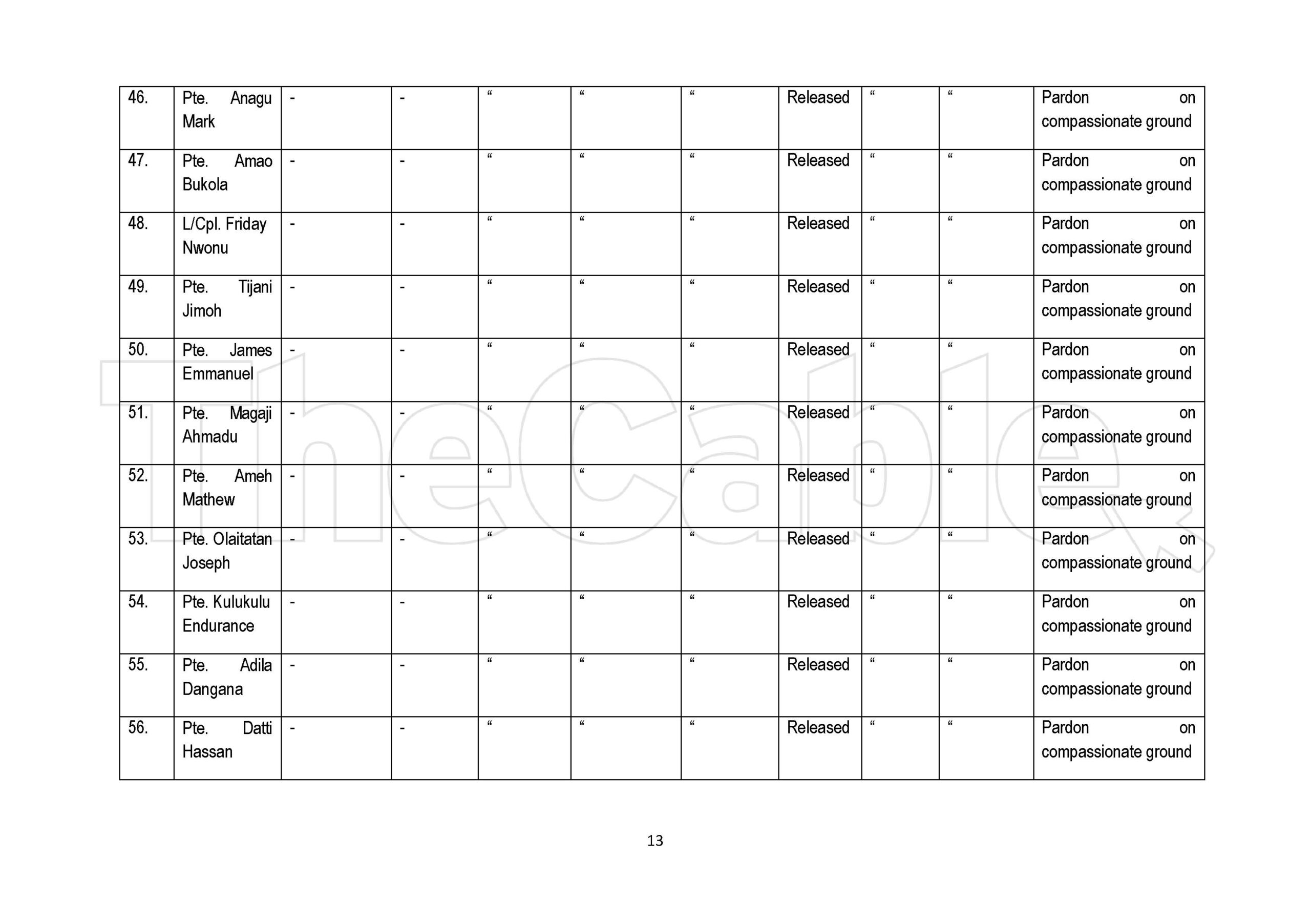 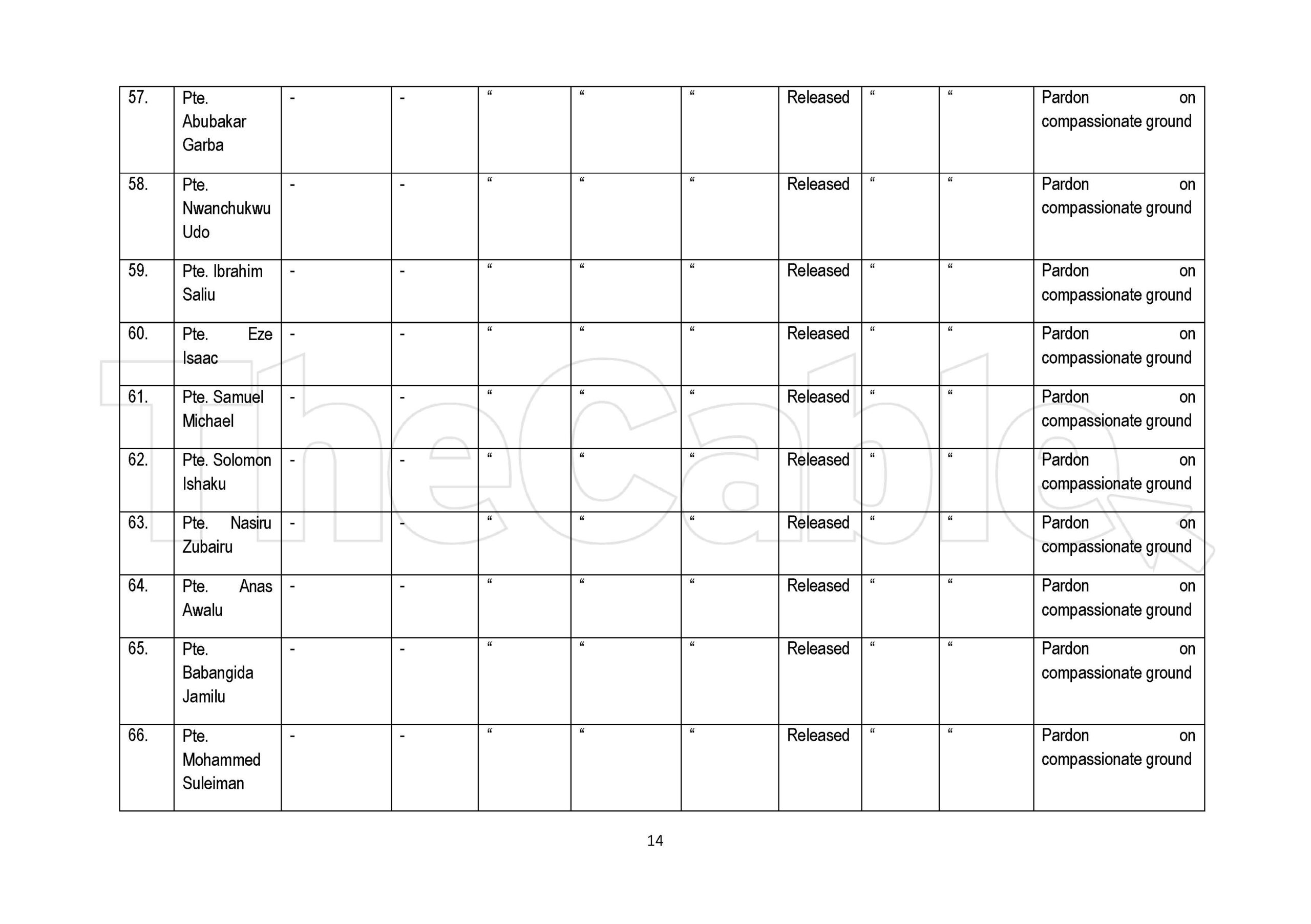 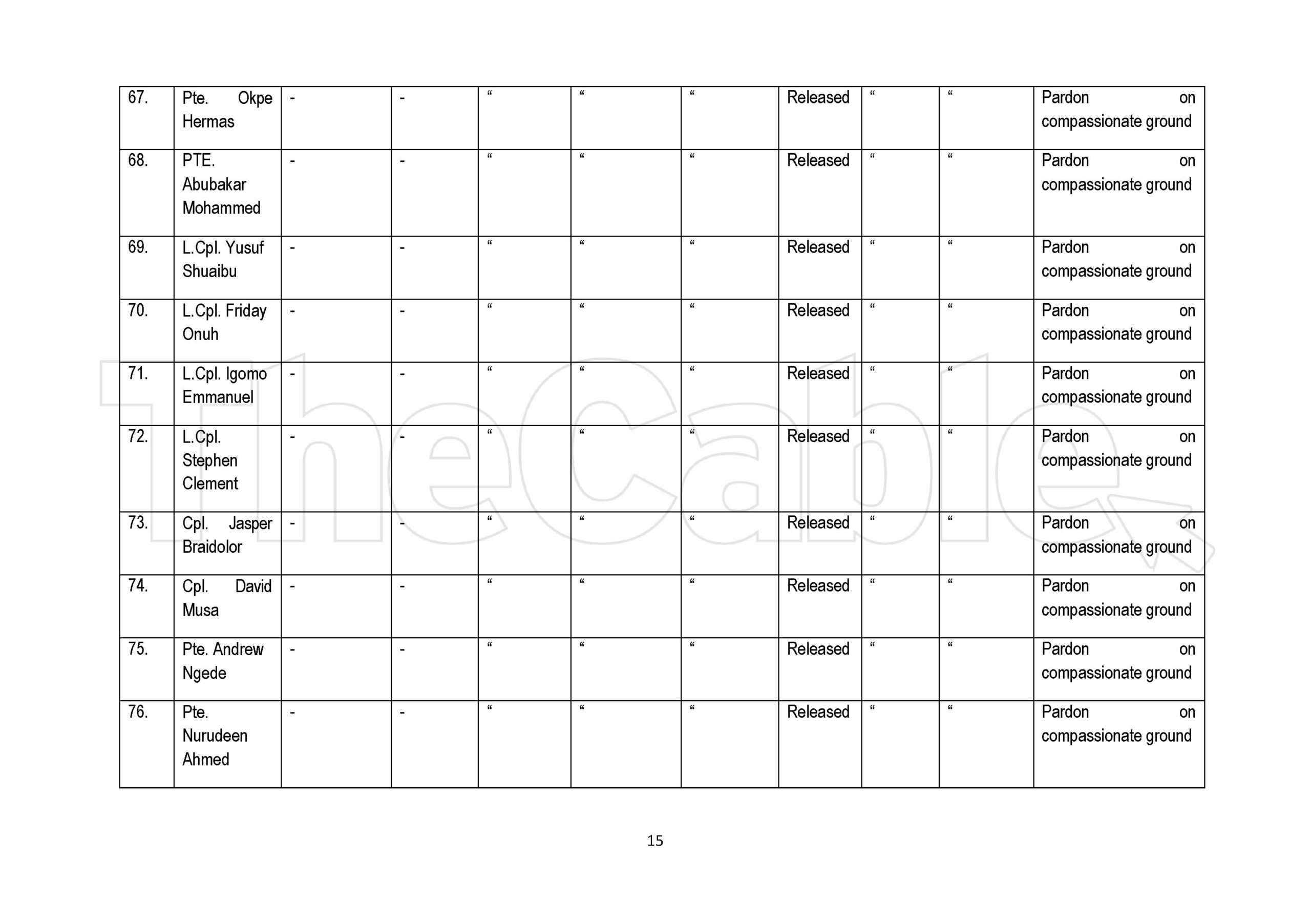 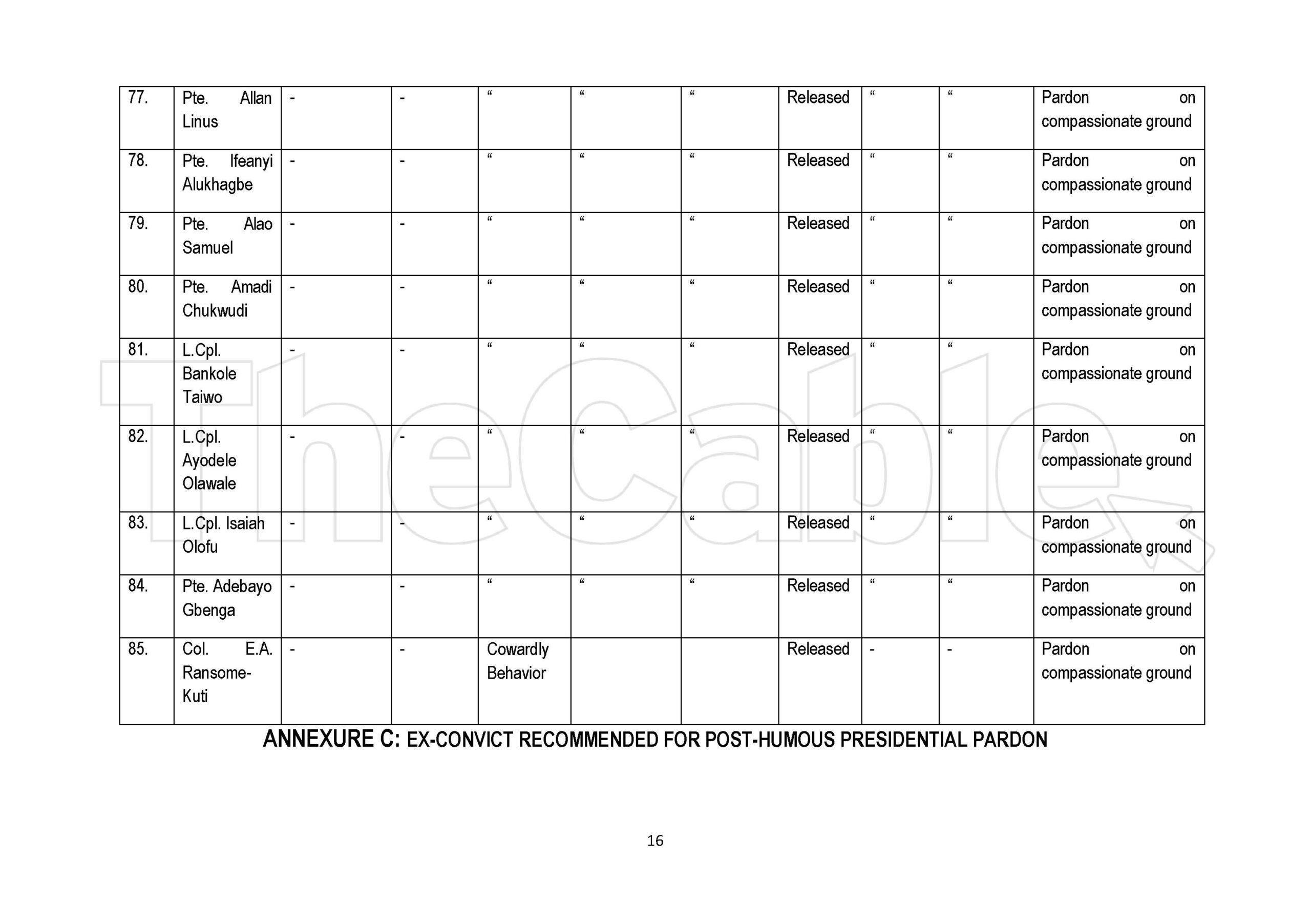 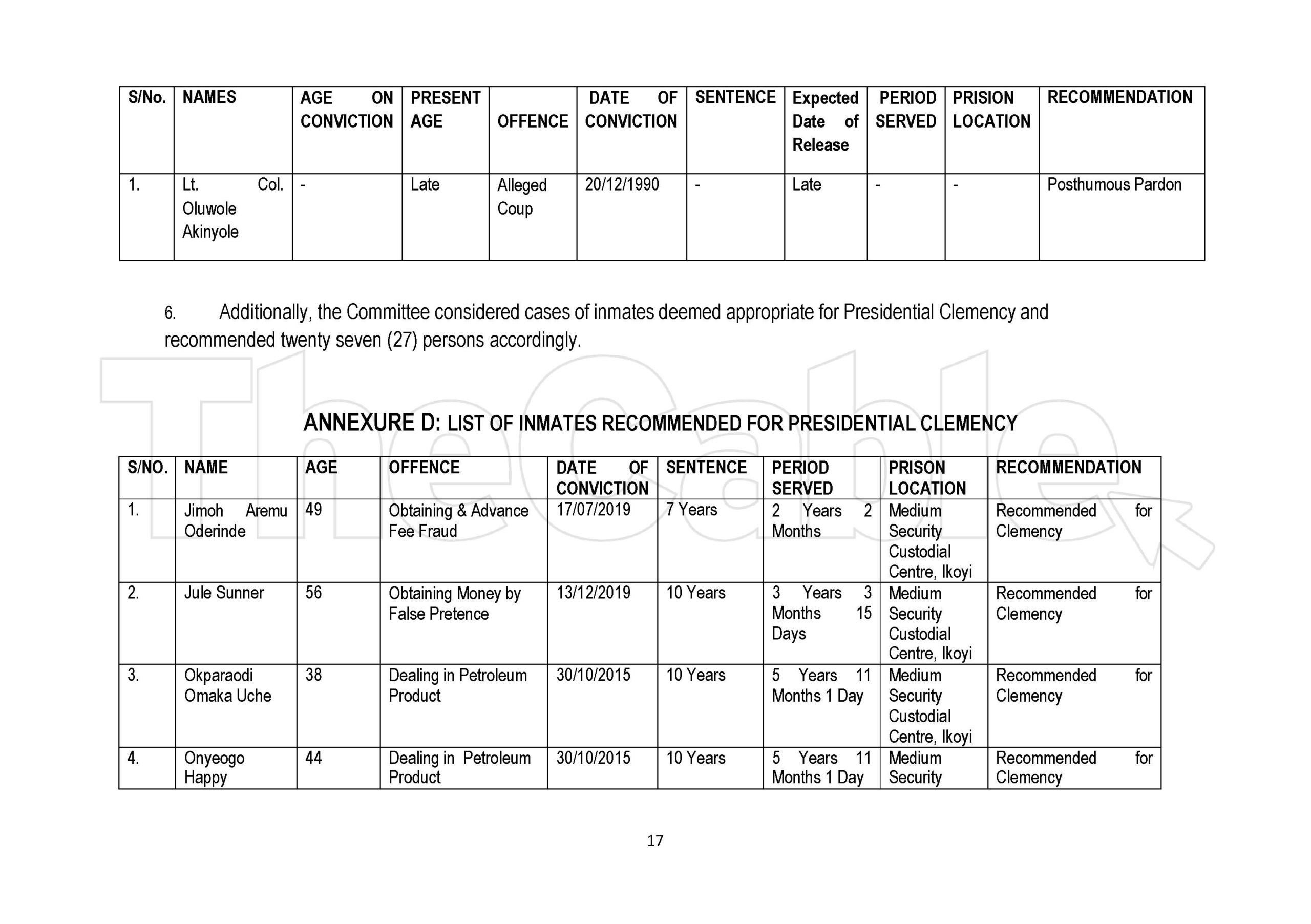 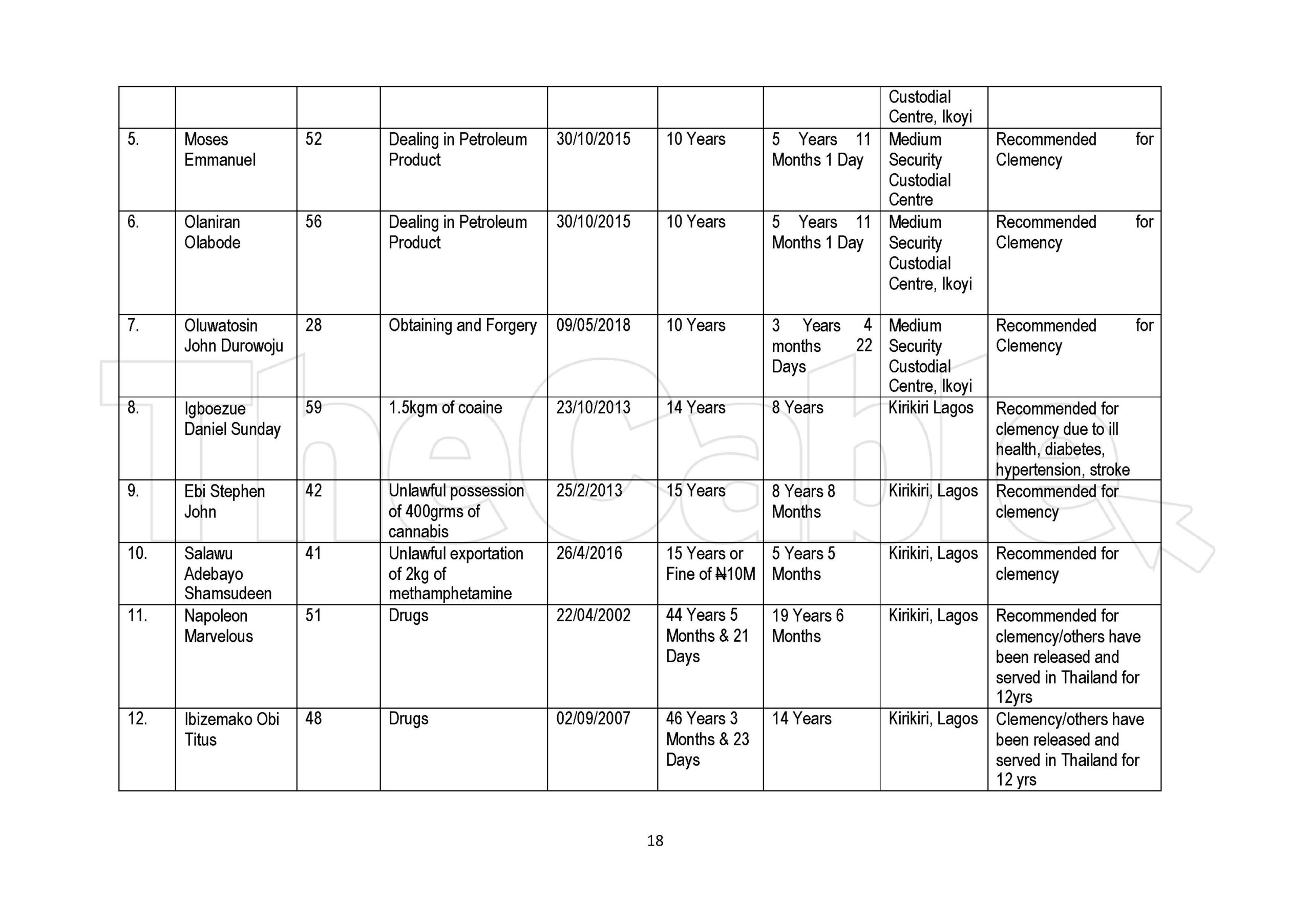 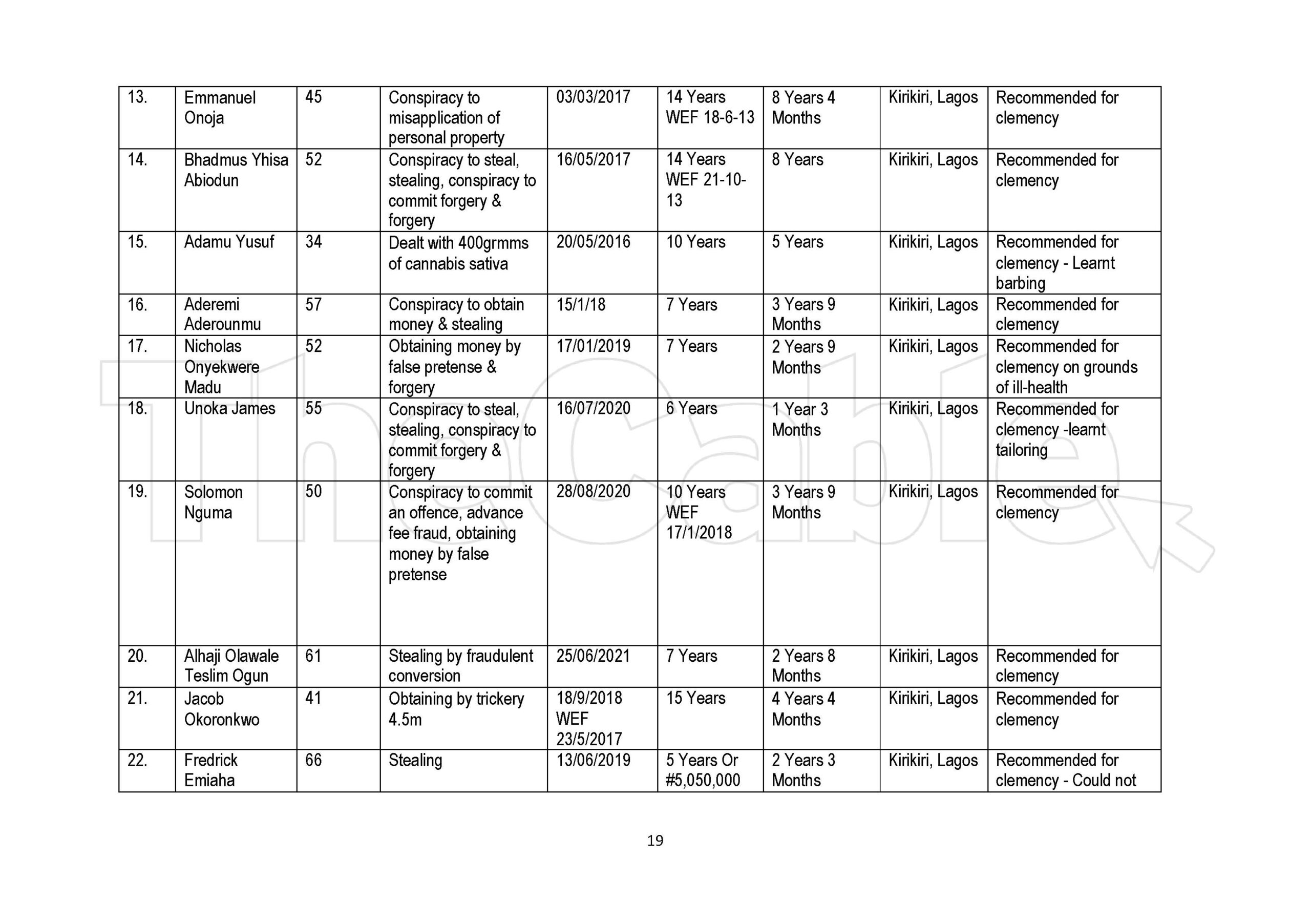 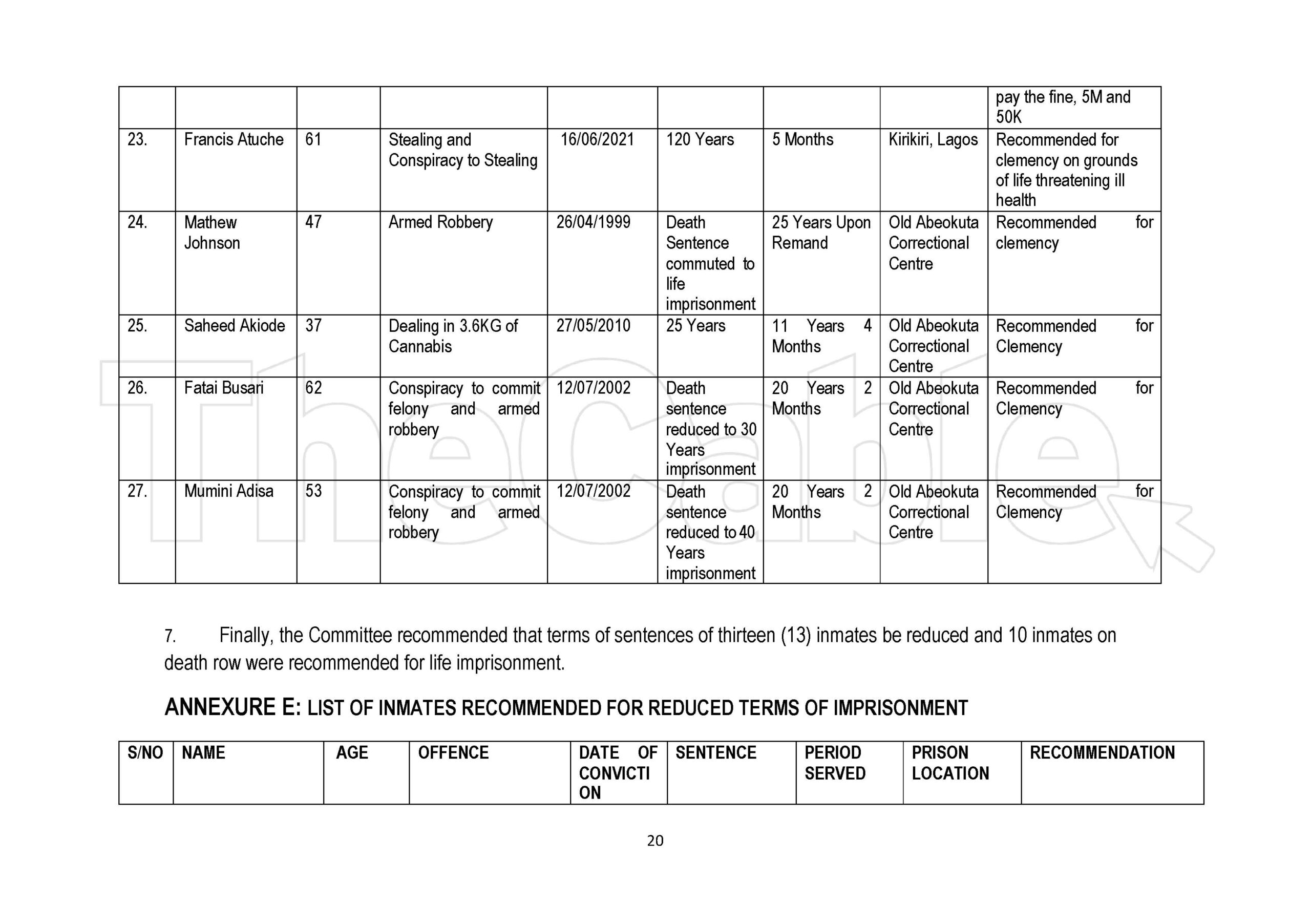 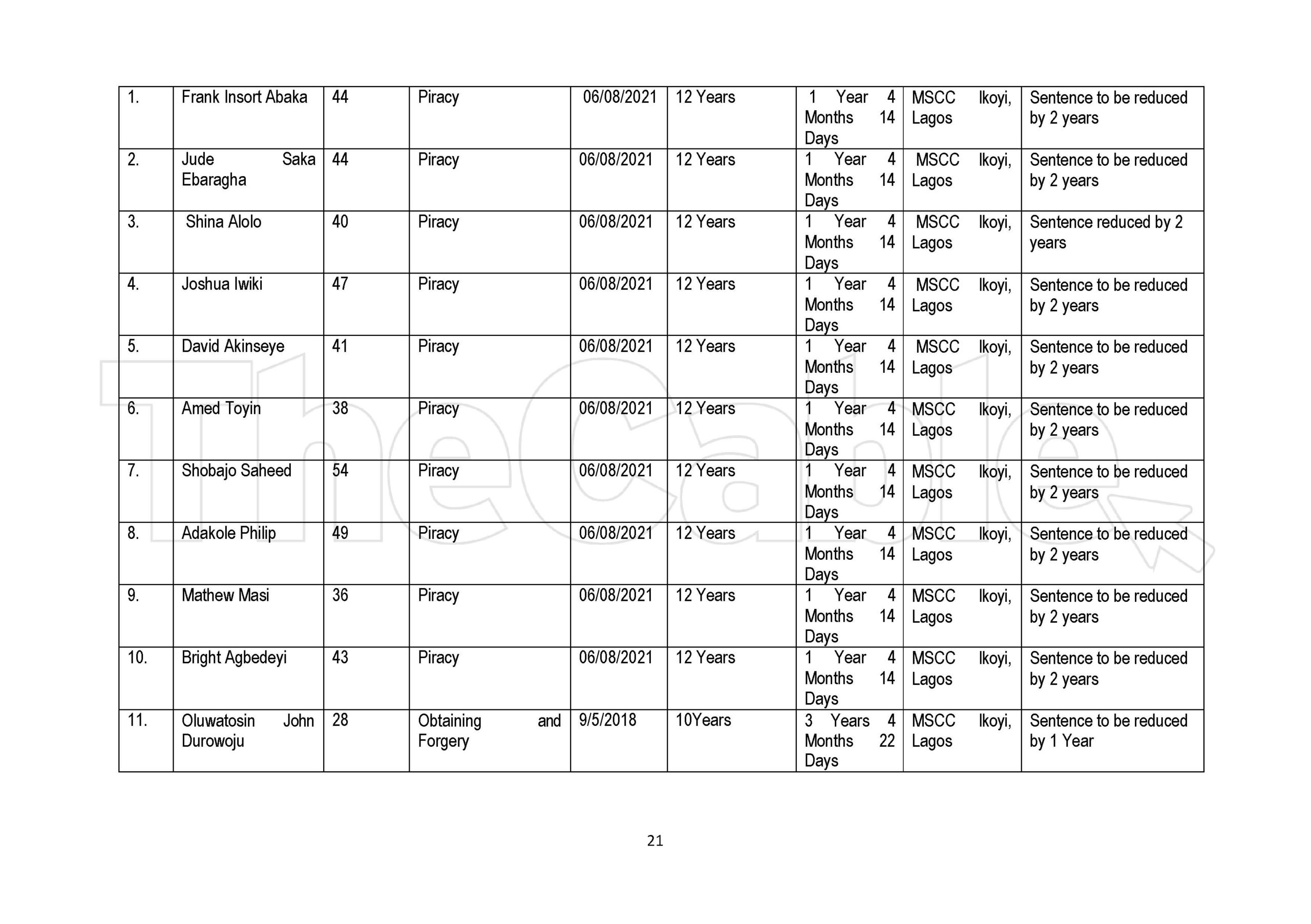 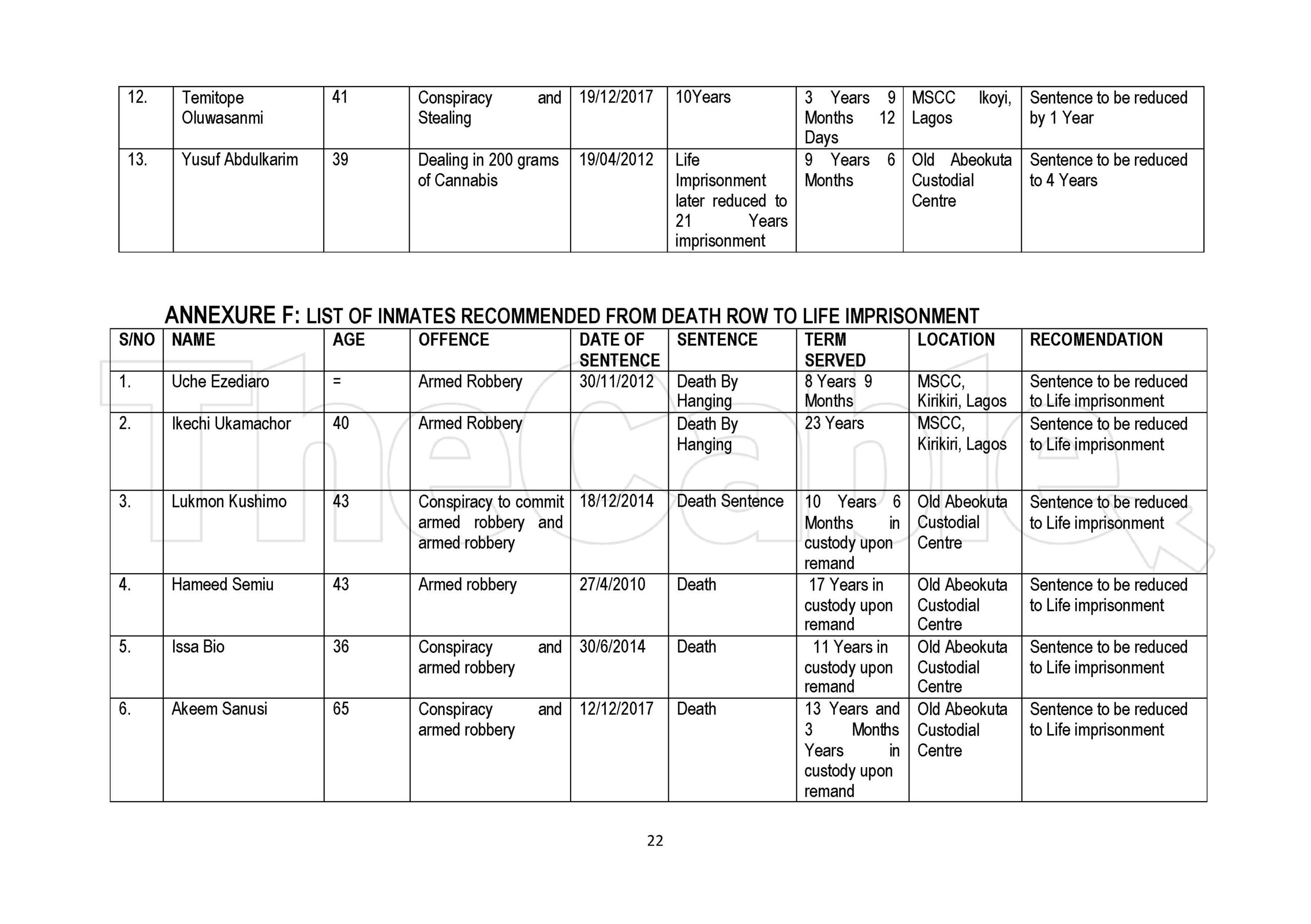 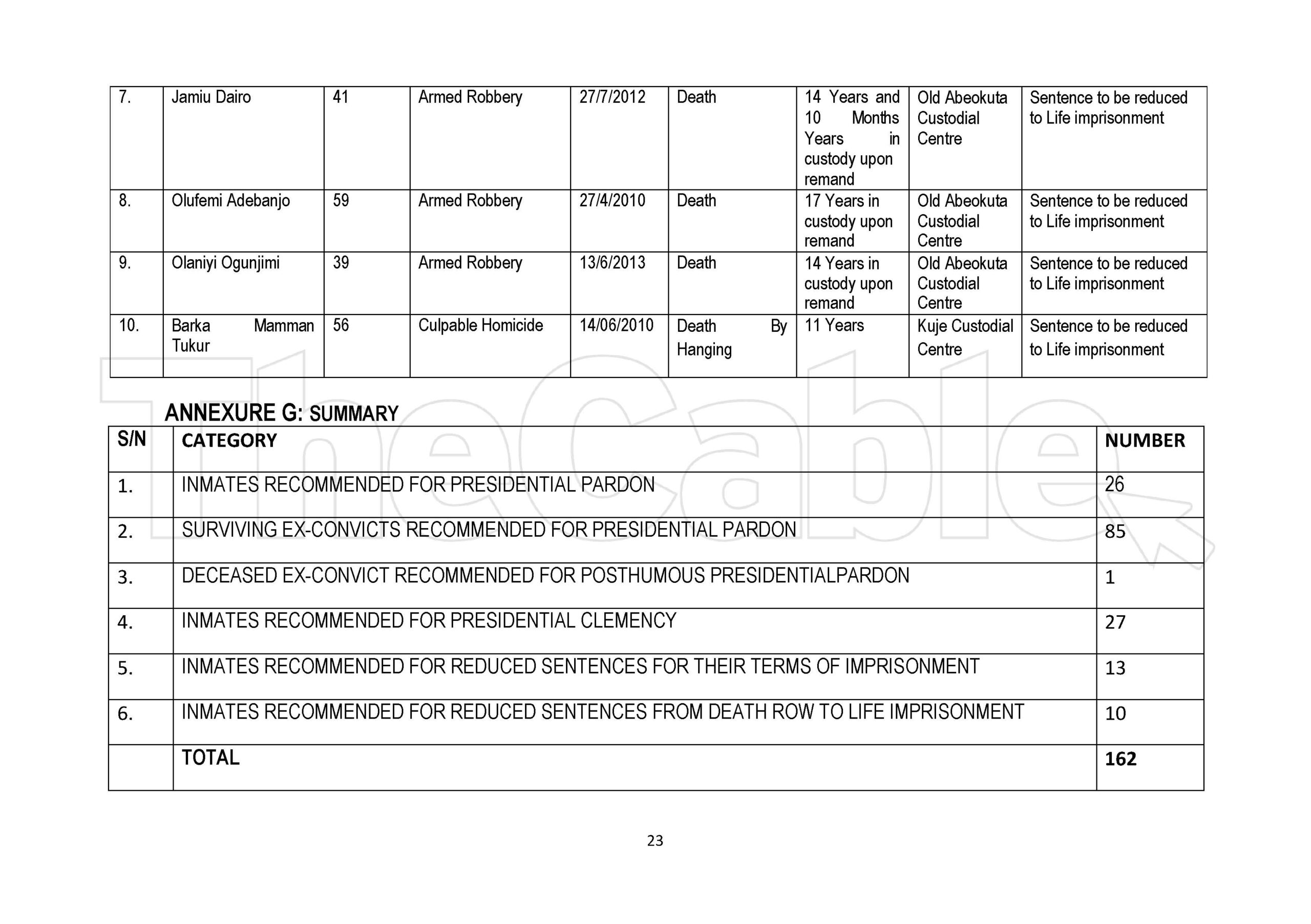