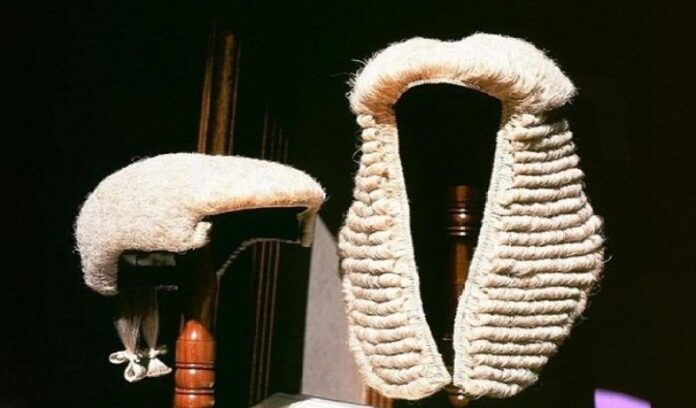 Mr Nureini Jimoh, the barrister who played a key role in the victory of the Malam Ibrahim Shekarau faction of the All Progressives Congress (APC) in Kano State, was locked up in his chamber, on Wednesday.

The presiding judge, Justice Hamza Muazu, had upheld the congresses conducted by the Shekarau faction of the party.

The officials sealed off the building while Jimoh and his staff were inside.

However, the property was unsealed later in the evening after outrage from different quarters including from the Kano branch of the Nigerian Bar Association (NBA).

Speaking before it was unlocked, the lawyer said officials of the state’s Ministry of Lands locked up the six-story building which has other offices apart from his.
The lawyer’s office was served a demand notice for ground rent of over N3billion on Wednesday morning and by noon, the property had been sealed.
However, at around 2:36pm, a team from Kano State Bureau of Land arrived and unlocked the compound.
The leader of the team, Hassan Idris, said they were instructed by the Permanent Secretary from the ministry unlock the premises.
Similarly, the Kano Police Spokesman, Abdullahi Haruna Kiyawa who was at the scene, said he was there to confirm the involvement of police as the media reported that the buildings were sealed with the Police.
According to him, he has spoken to the Divisional Police Officer of the area who denied involvement of his men.
But eye witnesses said the team that sealed the property came in company of heavily armed policemen, Daily Trust gathered