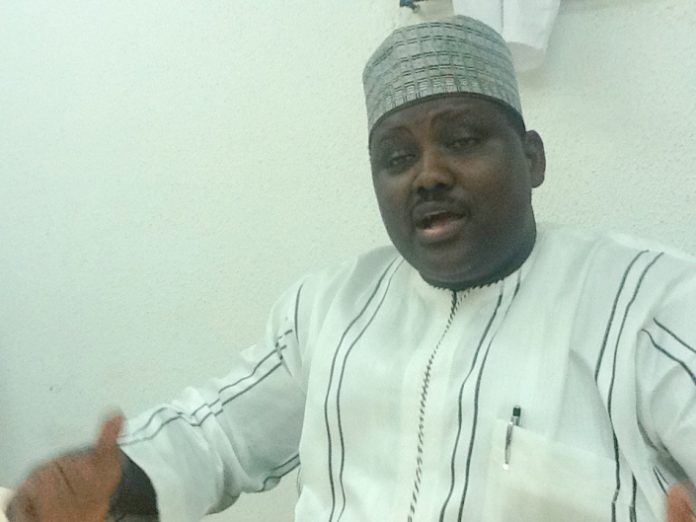 Mr Maina was sentenced to eight years imprisonment in his judgement at the end of two-year trial on Monday.

The judge said the United Bank for Africa (UBA) and Fidelity Bank Plc were used by Mr Maina as “conduit” to defraud pensioners.

Noting that the convict’s fraudulent activities “ruined” many homes in the country, Mr Abang said the two banks ought to have been charged alongside Mr Maina for serving as “conduits” through which the stolen funds were channelled.

In the charge marked FHC/ABJ/CR/256/2019, the Economic and Financial Crimes Commission (EFCC) alleged that Mr Maina used fictitious names to open and operate various bank accounts. He also recruited his relatives that were bankers to operate fake bank accounts through which illicit funds were channelled.

“UBA and Fidelity Bank Plc should have been arraigned with the convict for illegal transactions,” Mr Abang held, adding that “their licences ought to have been withdrawn.”

“The banks benefitted from the proceeds of illegal transactions. UBA and Fidelity Bank provided the channels with which the convict (Mr Maina) used in defrauding the federal government,” Mr Abang also said.

He said the banks abdicated their responsibilities by failing to carry out due diligence to establish the true identities of persons in whose names Mr Maina opened and operated the fictitious bank accounts.

The court noted the prevalence of monumental financial fraud in Nigeria’s public sector, calling for drastic measures to tackle the problem.

“The facts of this case portray the moral decadence of the society we live in. I think we need a National rebirth of guaranteed regeneration,” the judge said.

Mr Abang said while the convict lived in opulence at the expense of pensioners, his victims died in penury in Nigeria.

“Having considered the monumental fraud of how the pension funds were stolen, over N2.1 billion by the 1st Defendant (Mr Maina), it is a clear case that the convict is inhumane, heartless and has no compassion for the pensioners.

“Meanwhile, the convict, through the assistance of UBA and Fidelity Bank Plc, deprived the pensioners that gave their all to this country in their youthful age, their legitimate earnings.

“Whereas the convict was feeding fat on their sweat faraway in Dubai, the United Arab Emirates (UAE), buying choice properties, driving bulletproof cars, living in affluence beyond his legitimate earnings.

“An abnormal situation requires drastic actions to send a message to those that believe in dishonesty to have a rethink; turn a new leaf.

In the judgement that lasted four hours on Monday, the judge said Mr Maina treated hapless pensioners with “disdain and levity.”

While underscoring the plight of the pensioners whom the official stole from, Mr Abang said, “Some have suffered and died while waiting for their reward.”

“The facts of this case are sordid, immoral, and morbid,” the judge noted, adding that, “the facts portray the moral decadence in Nigeria.”

He said Mr Maina could not have earned the sum of N2 billion when his salary as a civil servant was a little above N300, 000 per month.

“The convict’s salary as a civil servant was a little above N300, 000, and could not have amounted to N2 billion even if he was saving all his salaries for 35 years,” the judge observed.

Reviewing the testimonies of witnesses in the suit, the court held that Mr Maina’s only defence witness, Ngozika Ihuoma, “testified on irrelevant issues” that were not related to the charges against Mr Maina.

The judge noted that EFCC’s nine witnesses “proved the prosecution’s case beyond reasonable doubt,” leading to Mr Maina’s conviction and sentencing on Monday.

“This matter has a chequered history,” Mr Abang said of the drama that characterised Mr Maina’s trial.

Mr Maina had jumped bail twice in the course of the trial. He was recently arrested in Niamey, Niger Republic, where he had fled.

PREMIUM TIMES reported how a senator, Ali Ndume, was briefly jailed after he failed to provide Mr Maina, whom he had stood surety for. Mr Ndume spent five days at the Kuje correctional centre before he was granted bail.

Maina, firm to return about N2 billion within 90 days

In the verdict, the judge ordered Mr Maina to return N1 billion to the coffers of the federal government within 90 days from Monday.

Mr Maina’s company, Common Input Property and Investment Ltd, the second convict, was ordered to refund the sum of N183 million as well as $223,000 to the federal government winnin 90 days from Monday.

Mr Maina’s eight years sentence would take effect from October 25, 2019, the date he was arraigned.

The company would be wound up and all its assets forfeited to the federal government, the judge ruled.

Other property forfeited to the federal government by the convicts are a bulletproof Range Rover, and houses located at Jabi and Life Camp parts of Abuja

In his plea for leniency, Mr Maina’s lawyer, Olusegun Jolawo, a Senior Advocate of Nigeria (SAN), urged the judge to give the convict a “second chance.”

Mr Jolawo premised his plea for clemency on the grounds that his client was battling with ill-health, despite being the “breadwinner of his immediate and extended family.”

Admitting that Mr Maina had made some “bad decisions” including jumping bail twice, the lawyer said his client was remorseful.

“With all humility, we urge the court to impose the minimum possible punishment,” Mr Jolawo pleaded.

Before the sentence was handed down, Mr Maina was given the opportunity to articulate his plea for mercy.

“My Lord, I want to apologise for anything that I may have done,” the convict said.

Mr Maina ,who walked into the courtroom, aided by prison officials, said: “I also want to inform My Lord that I have a tumour which needs to be operated on urgently.”

Flanked on both sides by armed prison personnel who shielded him from the horde of cameras that were stationed outside the courtroom, Mr Maina was seen acknowledging cheers from his friends and associates as he walked into a waiting van after he was sentenced.