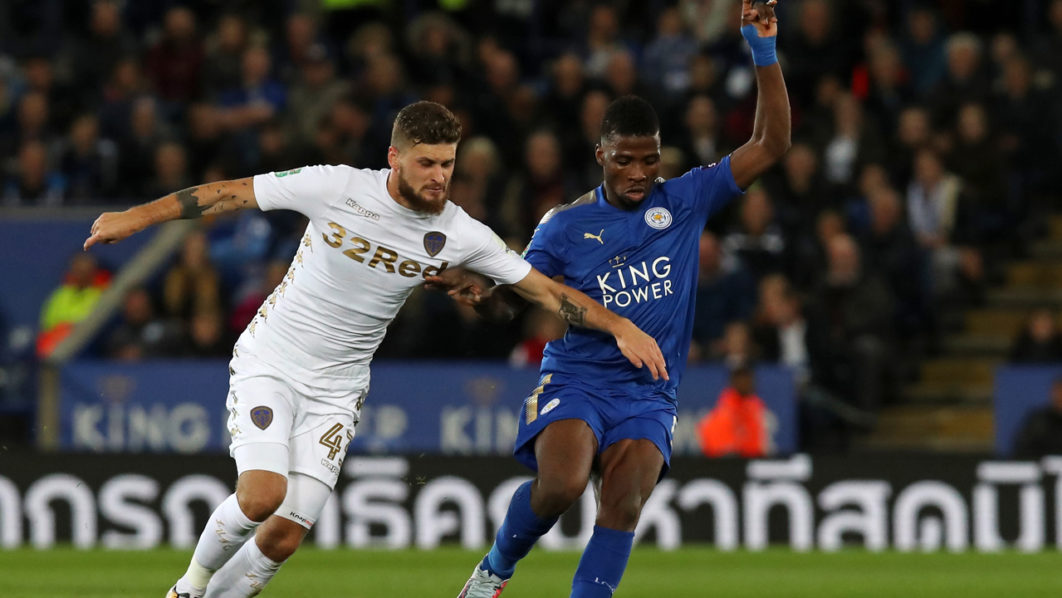 Exactly, four years ago in the fixture against Iraq, Kelechi Iheanacho was central to three of the five goals the Golden Eaglets scored in the last game of the group stage in the U17 tournament at the UAE. His pass sent right-back, Musa Mohammed on his way before the captain’s cutback to Chidiebere Nwakali created the second goal of the game.

His one-two with Musa Yahaya split the crowded defence open before Yahaya scored. His corner kick also led to another goal by Yahaya. But that wasn’t his best game, it came few days before in the first group stage game where Iheanacho scored four goals in the victory over eventual finalists Mexico. Nigeria went on to win the competition with Kelechi Iheanacho claiming the golden ball.

He is not at the dizzying height his talent that left all awed promised, that ship seems to have sailed with the 21-year old hardly in the reckoning as one of the top youngsters around the world. In Craig Shakespeare’s last game as Leicester City manager, Iheancho had a nightmare against West Brom, having the fewest touches in the game (21) of all starters including both goalkeepers, losing possession four times and having no shot at all in the game. He was ineffectual and seemed to do everything wrong.

The draw led to the sack of Shakespeare who had trusted Iheanacho with his second start of the season. Micheal Appleton took over, opted for the energetic Shinji Okazaki and the Japanese rewarded the caretaker manager with a goal last weekend against Swansea City.

Iheanacho’s performance in the Carabao cup yesterday against Leeds did offer a bit of an indication that there remains that ability to pull off something out of the ordinary. And perhaps feeds into the lingering belief that the Nigerian can still play his way to the top of the game.

Iheanacho scored the equalizer, taking his time, weighing his options before he placed a shot into the bottom corner from outside the box. The 21-year old looked cloaked in a world of his own, unperturbed by the boisterous fans urging him to shoot. He didn’t snatch at the chance with his right boot when he arrived at the loose ball, 20 yards out with the goalkeeper Felix Wiedwald scampering into position but still with a substantial part of his left-hand post uncovered, he took a touch, stepped over the ball, checked back with a defender closing in, the ball hadn’t lined up properly for the shot, so was his body. It would have taken difficult contortions to hit the ball at that angle and to get it on target. Improving the Expected goal value of the shot, lined up the shot properly adjusting his body in the process to be able to get enough power behind the shot with the inside of his left boot while not compromising on the accuracy of its placement.

Perhaps making the above seem a tad scientific, the Leicester City forward summed it up nicely speaking to LCFC TV. “I wanted to take it with my right foot but I wasn’t too sure, so I got it back onto my left foot and put it into the corner.”

His celebration though had a muted feel to it. The former Manchester City striker didn’t seem too impressed with the fact that he had scored an extraordinary goal, his first for Leicester, in the fourth-round of the Carabao cup. Perhaps, it’d have been more gratifying had it been in the Premier League against top opposition. No sprints, no knee-slides just a casual raise of his hands and a brief look to the heavens. His team-mates Vicente Iborra and Andy Gray looked visibly more excited, with Iborra giving him a light tap to the head before a bear hug from behind and a lift off the ground. Gray had to hang back with an arm around mouthing something, perhaps asking if he was good.

He went on to provide the assist for Islam Slimani’s goal that put Leicester City ahead and ensured Leeds didn’t upset the applecart. Iheanacho ran into space for Iborra to thread a through-ball before he delivered a low cross.
The Nigerian, with his hunger for more and with a new manager on the horizon could have sparked a revival of some sort with his confidence-boosting performance against Leeds. With the forward back to full fitness and the scoring duck off, the way could just be up for the youngster.