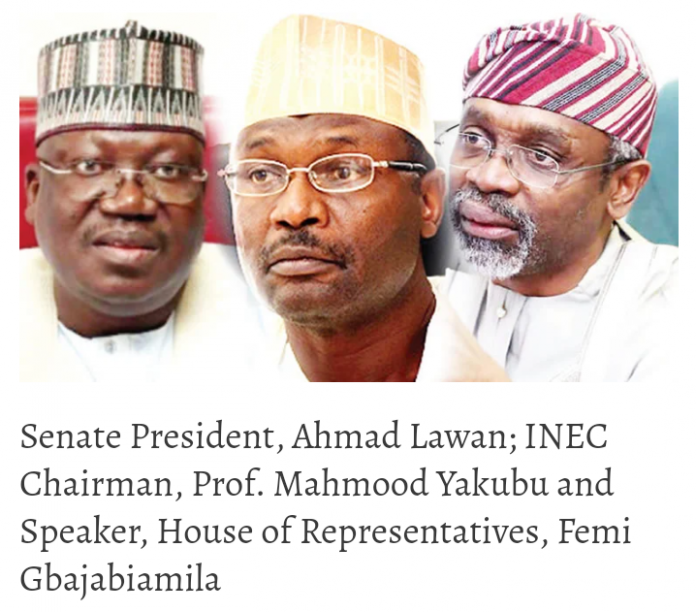 The budget for the 2023 general elections may exceed N350bn as against the N242bn budgeted for the 2019 elections.

This, according to findings by Sunday PUNCH, is due to inflation, currency devaluation, insecurity, cost of monitoring the direct primary made mandatory in the Electoral Act amendment Bill 2021 and procurement of new technology, like the newly introduced Bimodal Voter Accreditation System used for the Anambra State governorship election.

While the Independent National Electoral Commission earmarked N189.2bn for the 2019 elections, the Nigeria Police Force got N30.5bn; the Office of the National Security Adviser, N4.2bn; the Department of State Services, N12.2bn; the Nigeria Security and Civil Defence Corps got N3.5bn and the Nigeria Immigration Service received N2.6bn. This brought the total budget to N242.2bn.

According to INEC’s 2019 Election Project Plan obtained by our correspondent, the commission budgeted about $7.7 per Nigerian in the last election which had over 80 million registered voters and the exchange rate was N305/$1.

Explaining the reason for the large 2019 budget, the document read in part, “This increase is due to a number of factors including the introduction of new innovations and activities to enhance the credibility of elections, increased number of registered voters, increased number of political parties, replacement of damaged and/or destroyed and unserviceable electoral materials as well as cost for the Federal Capital Territory Area Council elections.

According to INEC’s latest projection, the number of registered voters is expected to hit 100 million by the next general elections. Also, the naira has since been devalued to about N410/$1, a difference of N105 from the amount it exchanged for in 2019. Our correspondent learnt that this could increase INEC’s budget to $777m or N315.7bn.

In addition, INEC is expected to procure tens of thousands of BVAS machines for the 2023 general elections as it said in February 2019 that it reconfigured about 180,000 card readers for the presidential and National Assembly elections across the country.

INEC National Commissioner and Chairman, Information and Voter Education Committee, Festus Okoye, pointed out in the run-up to the Anambra State governorship election that BVAS would more or less replace the card readers in future elections.

He explained that BVAS was a three-in-one process that allowed the use of one machine for the purposes of voter registration, accreditation (fingerprint and facial authentication) and uploading of polling unit results to the Result-Viewing Portal, known as IReV.

The procurement of this technology is of great importance to the commission because it would likely adopt electronic transmission of results, both for transparency and collation, in 2023 if the amendment passed by the National Assembly is assented to by the President, Major General Muhammadu Buhari (retd.).

Sunday PUNCH also observed that while the number of political parties in 2019 was 91, it has since been pruned to 18. This could save INEC some cost. However, a new provision in the Electoral Amendment Bill that makes it mandatory for all political parties to choose their candidates through direct primaries would add to the election cost.

INEC spokesperson, Mr Festus Okoye, said recently that the commission would need about 17,618 officials to supervise the primaries of the All Progressives Congress and the Peoples Democratic Party in the 8,809 wards across the country if political parties are restricted to direct primary for the 2023 general elections. The APC and PDP are the two biggest parties at the moment.

“The implication is that INEC has to deploy monitors to all those locations and we may not just deploy one monitor; we may deploy two, so you have to multiply that by two.

The commission, according to its 2019 project plan, hired about 2.7 million ad hoc officials for the election. This figure may be higher since INEC has created additional 56,872 polling units.

Apart from INEC’s component in the election, insecurity may also increase the budgets of the police, NSCDC, NSA, DSS and the military for elections.

Banditry and kidnapping have been on the increase since 2019, forcing some states in the North-West to shut down telecommunications base stations and impose a curfew.

The INEC Chairman, Prof Mahmoud Yakubu, while defending the commission’s budget before the joint Senate and House of Representatives Committees on INEC and Electoral Matters in Abuja a week ago, hinted that the 2023 budget would be higher than that of 2019.