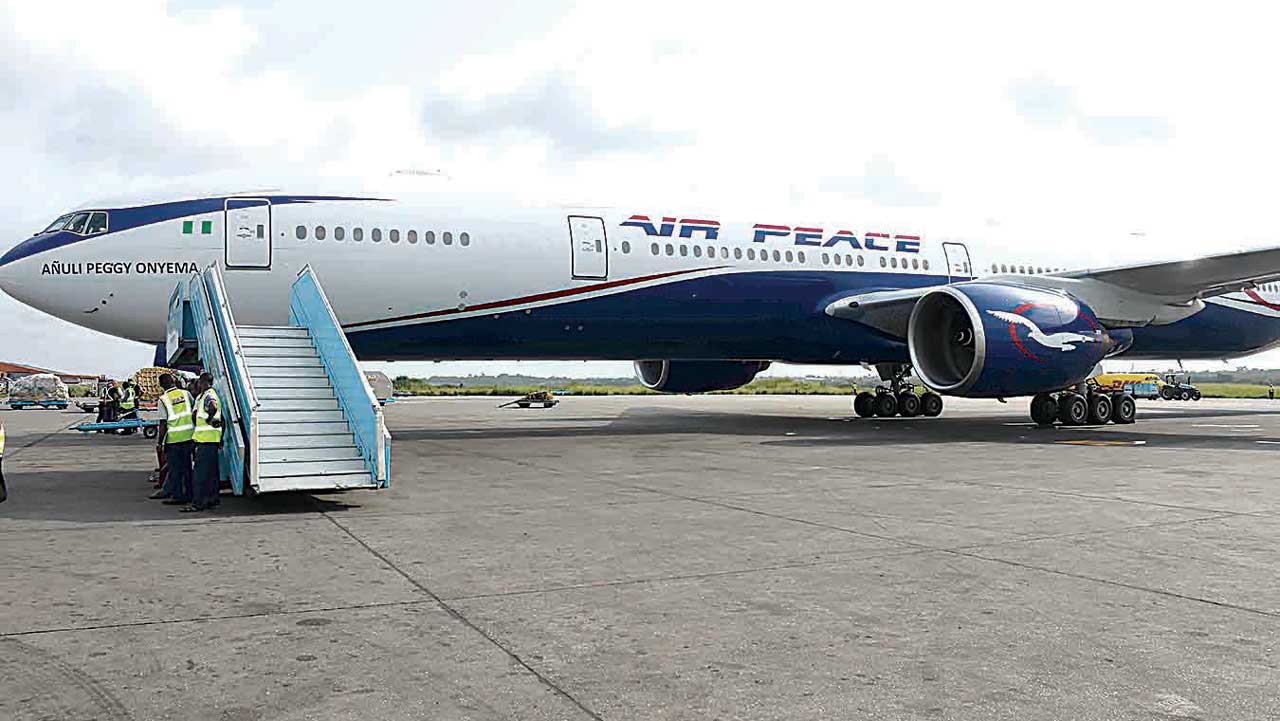 The lingering shortage of foreign exchange in Nigeria has forced the naira to crash against the United States dollar on the air ticket pricing template of the International Air Transport Association, the Switzerland-based trade body representing over 290 global airlines.

As a result, airfares on Nigeria routes which are priced in naira have increased considerably, forcing Nigerian travel companies to express fear the development may further dampen the recovery of international travel from the effects of the COVID-19 pandemic.

The development came amid struggles by foreign airlines to access forex from the Central Bank of Nigeria to repatriate ticket sale proceeds running to over $208m.

Investigations by The PUNCH revealed that the naira fell against the US dollar last week on the IATA ticket pricing template from 415/dollar to 444/dollar, forcing travel companies to sell tickets at higher prices.

The development is coming at a time travel agents are bracing to make higher sales from intending international travellers for the Yuletide vacation later in the year.

Travel companies told The PUNCH that air ticket pricing had gone up from 415/$ to 444/$ as agents were bound to issue tickets based on the exchange rate stipulated on the IATA platform.

Multiple travel companies confirmed that the IATA exchange rate had been fluctuating between 415/$ and 442/$ in recent times before peaking at 444/$ last Thursday.

As of Monday evening when this report was being filed, the IATA rate was still at N444/$.

Random checks by The PUNCH through some popular travel companies showed that airfares had surged following the naira’s crash against the greenback on the IATA platform.

Speaking on the development, the President of the National Association of Nigeria Travel Agents, the umbrella body for travel agencies/companies in Nigeria, Susan Akporiaye, expressed dismay and warned the situation could dampen the post-COVID-19 recovery of the air travel industry.

She said, “The exchange rate is fluctuating now. Before now, IATA had moved the exchange rate from N425/$ to N442/$. What is now happening is unfortunate and it is not good for our industry.

While linking the development to foreign airlines’ inability to access forex, the NANTA president advised the CBN to address the situation urgently.

“If foreign airlines were getting forex as and when due, there probably wouldn’t have been the need for the increase in IATA rate. These are foreign airlines; they are not Nigerian airlines. Their funds have to go back to their countries,” she said.

Akporiaye recalled how a similar forex crisis in 2016 led to a situation where foreign carriers removed cheaper classes of tickets from their inventory.

The increase in the exchange rate will affect travel demand because people will not want to go above their budget. Since the COVID-19 pandemic, people have learnt to cut their budgets. Demand for travel will reduce. The forex scarcity is another pandemic that we cannot afford to have. Government should seriously look into the issue of repatriation of funds for foreign airlines.”

A leading economic analyst and Chief Executive Officer, Financial Derivatives Company Limited, Mr Bismarck Rewane, said the backlog of funds running to $208m was due to the aftermath of the peak season travel in summer.

While linking the development to low oil price and production by Nigeria, Rewane expressed the hope that the CBN would sell forex to carriers to repatriate their funds soon.

He said, “It is possible that the robust provisions of the external reserves at this time will help, going forward. What we are seeing now is a potential improvement, now that the reserves are over $42bn.

“It is not only airlines [that are] going through this. There are foreign portfolio investors, manufacturers buying equipment and others; so there is a whole array of demand for forex, and the duty of the CBN is to make sure that all these demands are met.”

On why IATA rate increased to 444/$, the FDC boss said, “What is responsible is when the level of blocked funds reduce, IATA uses the average rate which has applied for their ticket remittances. A fixed exchange rate is the biggest problem here. Once it is fixed, you will not get the supply when you want it. I foresee a situation where if the exchange rate is flexible, the supply is available at every point.”

Rewane observed that some foreign carriers had stopped selling cheaper classes of tickets due to their inability to access forex from the CBN.

He, however, said, “Once there is the availability of supply, the airlines will open all ticket classes. Right now, only the executive classes are available. So now, the Nigerian traveller is being hindered by the exchange rate on one hand and discounted tickets not being available on the other hand.

“Once the supply situation is fixed, you will find out that the discounted fares are returned. Right now, only those buying in foreign currency have access to discounted fares. Once you have a certain level of blocked funds, IATA can say that your tickets are not endorsable in the international market. But I don’t see us getting to that point.”

Meanwhile, the Regional Vice President, Africa and Middle-East, IATA, Kamil Al-Awadhi, is due to meet officials of the Federal Government in Abuja this week.

According to impeccable sources, the meeting will focus on the need for Nigeria to honour the provisions of the Bilateral Air Services Agreement by making sure forex is made available to foreign carriers to repatriate their ticket sales proceeds.

Kamil Al-Awadhi had in a recent opinion piece warned that the blocked funds were threatening to hamper aviation in Nigeria.