Iretiola Doyle has apologized after three people took to Twitter to claim she was “mean” and snubbed them when they met her.

The Twitter users made the allegations in response to a tweet asking people the “meanest” celebrity they ever met.

One user claimed the talented actress gave her a look that made her feel bad when they met in a cinema in 2012/2013.

Another claimed to have met Ireti in Abuja when she came for a Tinsel meet and greet wheere Ireti gave her a look that made her feel bad. 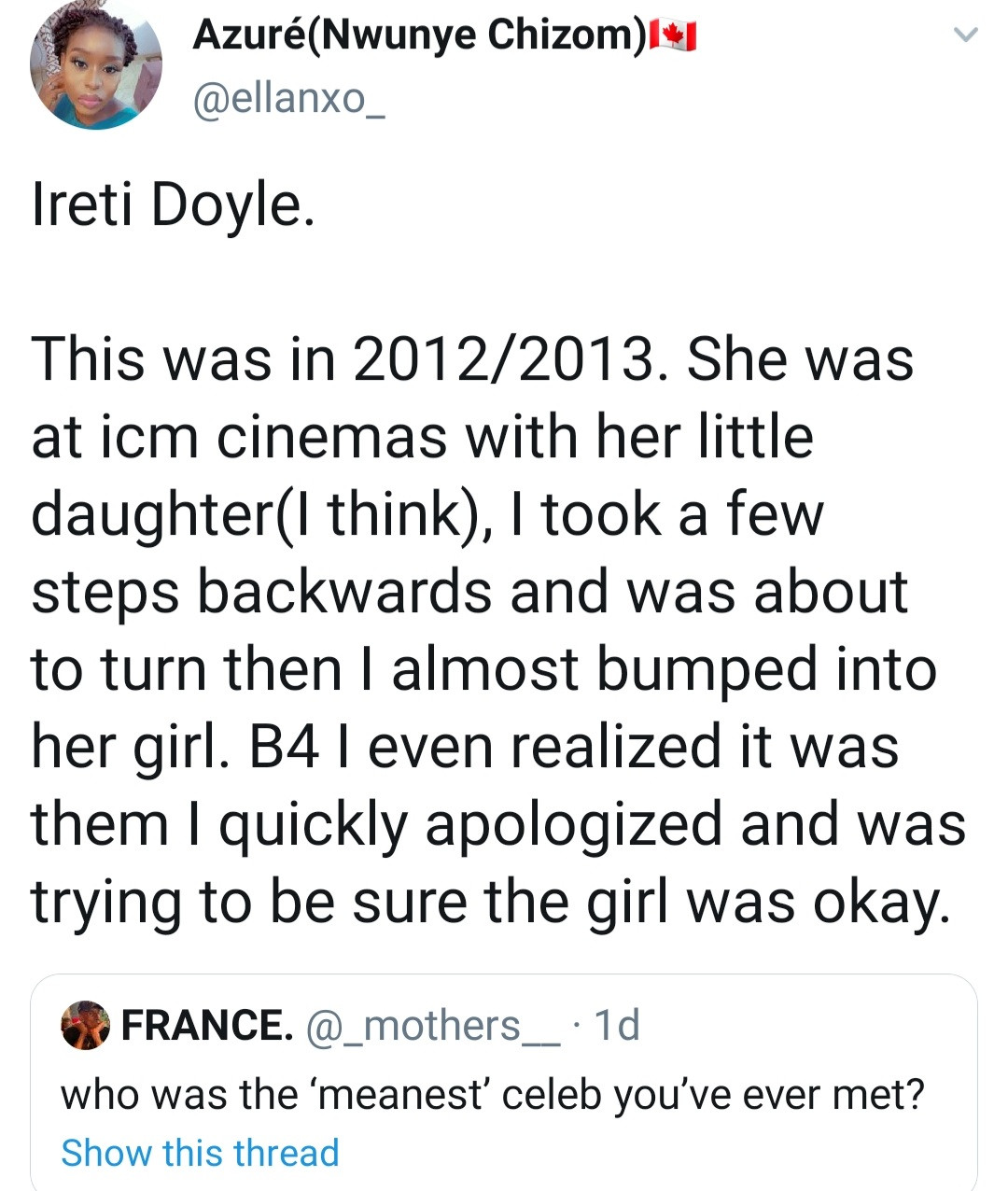 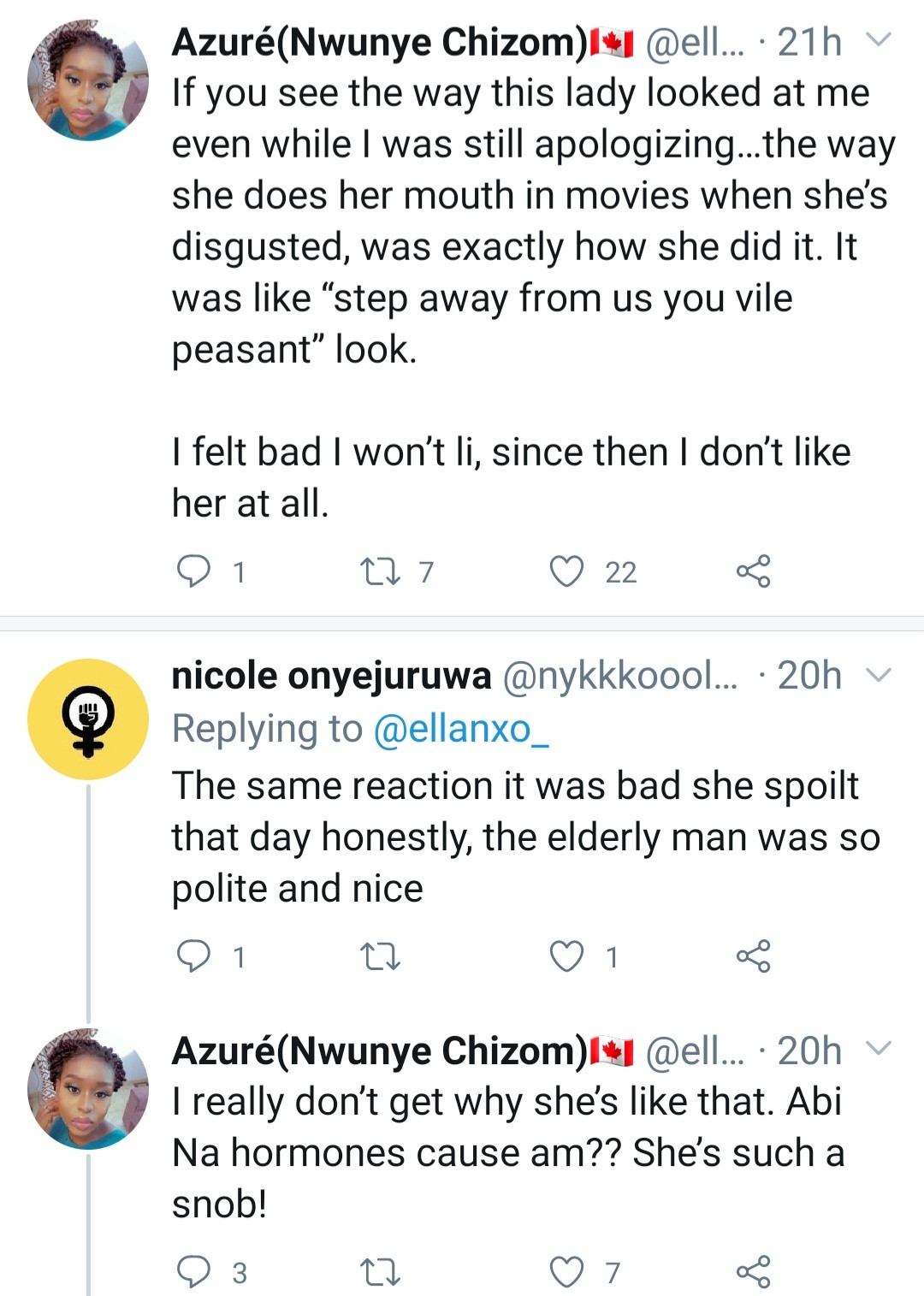 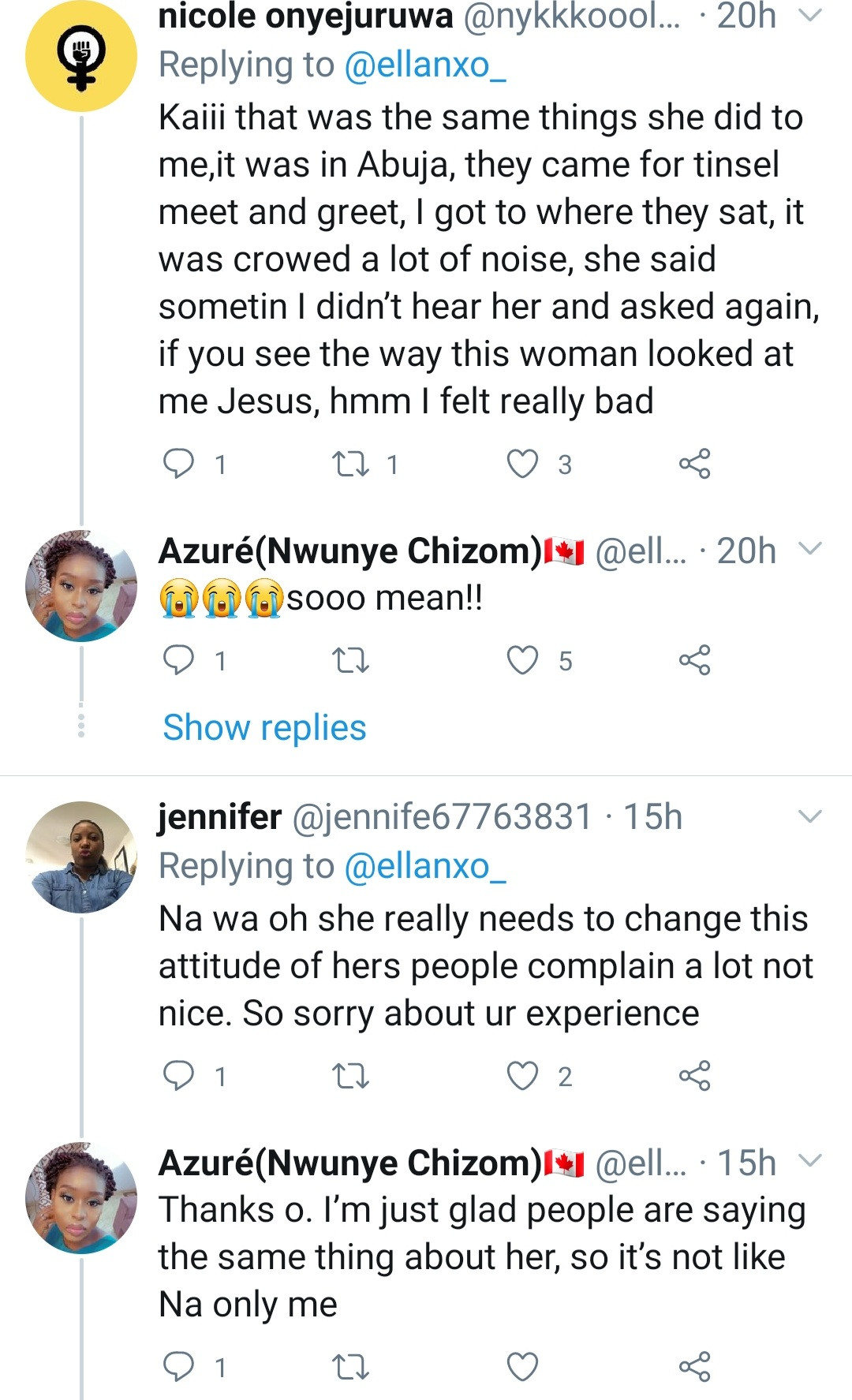 Ireti responded to one of the tweets, writing: “I apologize.” 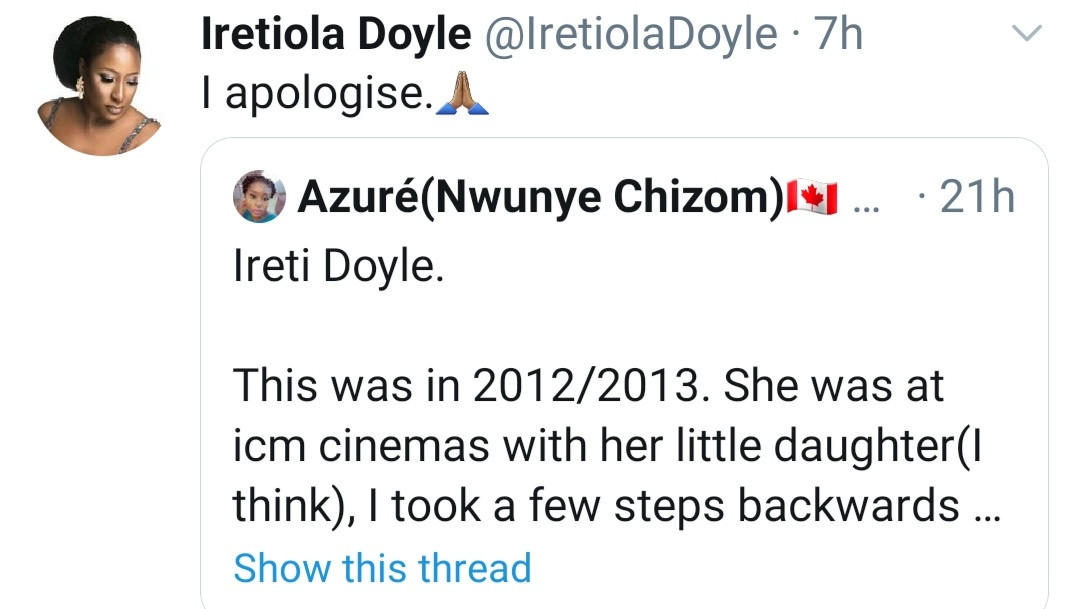 I Never Fake My Love For Anything. That’s Why I Take Betrayal Personal – Tonto Dikeh Reacts

I Never Fake My Love For Anything. That’s Why I Take...