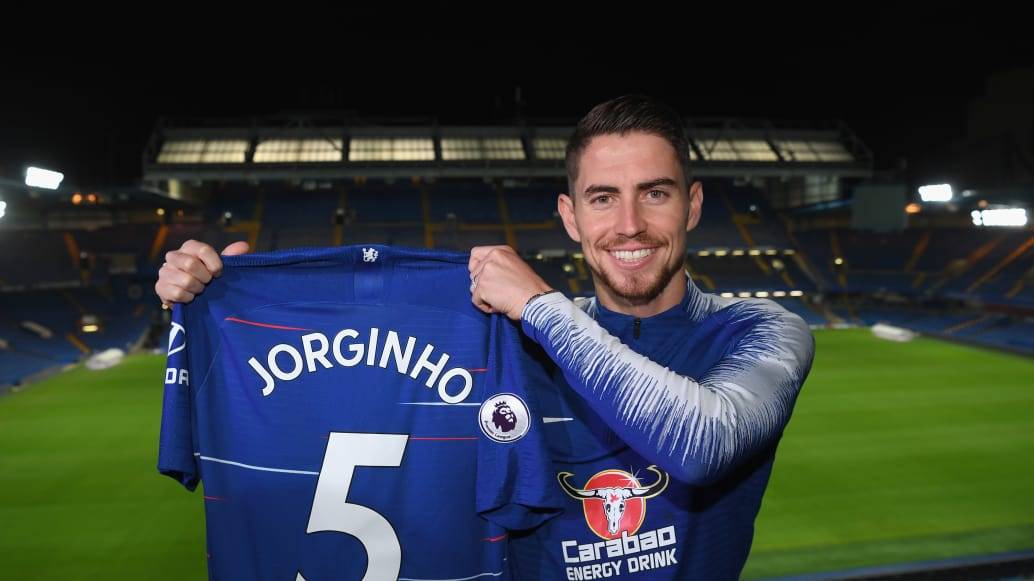 Chelsea have competed the signing of Jorge Luiz Frello Filho, best known as Jorginho from Napoli.

The 26-year-old Italian-Brazilian midfielder signed a five-year contract and will wear the No.5 shirt.

‘I am absolutely ecstatic to be here at Chelsea. It is not easy to become part of such a big team so I am very, very happy’, Jorginho told ChelseaFC.com

Jorginho had more touches of the ball per minute than any other player in Europe’s big five leagues last season.

I Want To Be A Good Ambassador Of Nigeria In China, Says Aruna Quadri

Nigeria no longer in recession – Osinbajo

Why I Rejected Gani Adam’s Request to Visit Me —Obasanjo