Tragedy occurred in the early hours on Thursday, at COSTAIN roundabout
when a fallen 40-feet container laden truck, fell on a vehicle, crushing one, yet to be identified male to death, while three others, including a female, sustained different degrees of injuries. 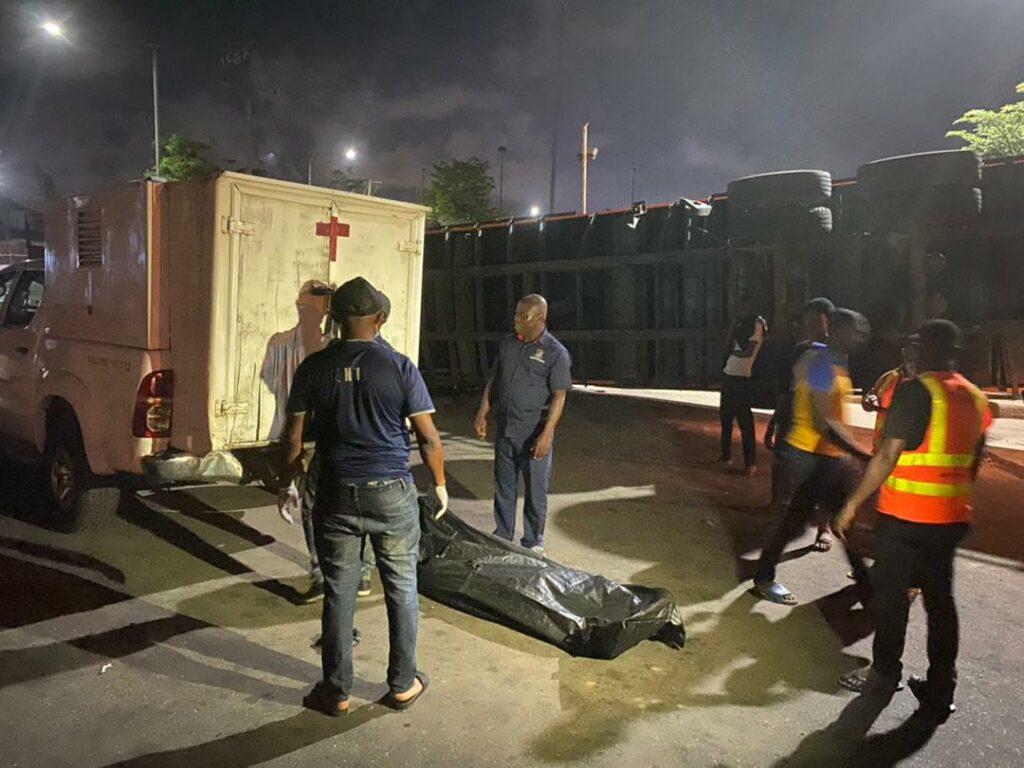 The incident, according to eyewitness happened at about 5.30 am, killing one yet be identified man on the spot.

Men of the Lagos State Emergency Management Agency, LASEMA, members of the Nigerian Police, and
Lagos State Environmental Health Monitoring Unit, SEHMU, and other emergency responders are currently at the scene for rescue operations.

Permanent Secretary, LASEMA, Dr. Femi Oke-Osanyintolu, who confirmed the incident, said, “LASEMA, LRT, LASAMBUS officials has handed over the bagged remains of the unidentified adult male crushed to death by the fallen 40-feet container at COSTAIN roundabout to officials of SEHMU.”

“Don’t Rest In Peace. Kill The People That Killed You” – Young Lady Mourns Her Little Sister Who Was Allegedly Poisoned To Death In...

Respraying Your Vehicle Can Attract Six Months In Jail – Police

Driver Burnt To Death As Petrol-Laden Vehicle Explodes In Calabar