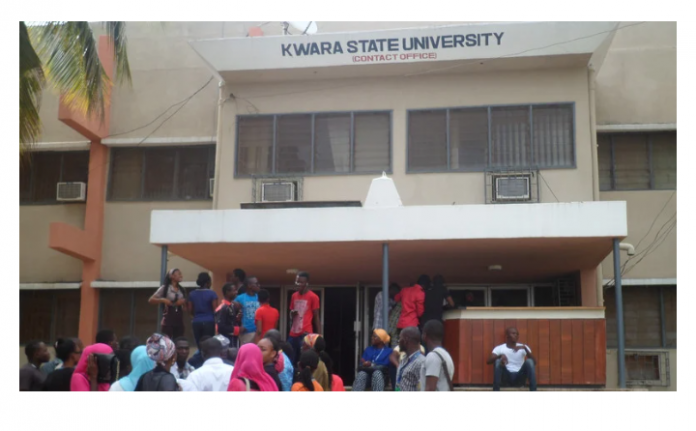 Kwara State University, Malete, has dismissed a member of its academic staff, Pelumi Adewale, over the alleged sexual harassment of one Tosin Adegunsoye, a student of the Department of Pure and Applied Sciences of the school.

KWASU Vice-Chancellor, Mustapha Akanbi, made the revelation in Ilorin on Monday, while addressing a news conference to herald the eighth and ninth convocation ceremonies of the institution.

Akanbi said that Adewale had ceased to be a staff the school for bringing the institution into disrepute.

“The security agency has taken up the case and it is in court already, but I am informing you officially that the man is now an ex-staff member of the institution. He is a disgrace to our great institution and we won’t condone such acts,” the VC said.

The News Agency of Nigeria reports that Adewale was on September 11 arraigned before a magistrate court sitting in Ilorin, over an accusation of sexual harassment.

The suspect was arrested by the State Intelligence Bureau over offences bordering on criminal intimidation, sexual harassment and examination malpractices.

According to the First Information Report, a petition dated October 15 by Adegunsoye alleged that in September, Adewale, a lecturer assigned to teach her a course, MLS 212 Cell and Molecular Biology, called her and threatened to fail her in her forthcoming examination if she refused to have sexual intercourse with him.
In view of the threat subsequently reported, the police instructed Adegunsoye to play along with the lecturer in order to obtain raw evidence.

The lecturer thereafter lured the student into his bedroom apartment around 8:30pm at Taoheed Road, Basin Area, Ilorin, where he gave her a new question paper and KWASU answer script to rewrite her examination with a promise to have sexual intercourse with her till daybreak.

The suspect was however apprehended in the process by the detectives who were hiding at a secured location to monitor the development.

In his ruling, the Presiding Magistrate Ibrahim Mohammed, however, obliged the application of the defence and granted the accused bail in the sum of N200,000.

He thereafter adjourned the case till December 8 for further mention.