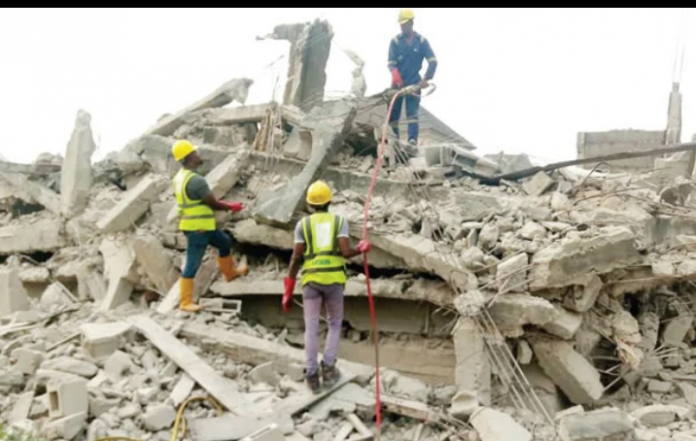 No fewer than 213 persons have lost their lives in seven major building collapse incidents in Lagos State in the last seven years, The PUNCH has learnt.

This is just as at least 145 buildings have collapsed in the state between 2007 and now.

The 213 figure is the summation of casualties in seven different incidents between 2014 and 2020.

It was learnt that while the state government had taken possession of the building sites and threatened sanctions, there has been no known conviction.

In a bid to instil sanity in the industry, a former governor of the state, Babatunde Fashola, set up a tribunal to look into the matter in 2013. The tribunal, headed by Abimbola Ajayi, an architect, blamed weak enforcement of laws, especially the 2010 Planning Regulations and Building Control Law, “crass indiscipline and gross corruption by all and sundry” for the problem.

The tribunal discovered that 135 cases of building collapse were recorded in Lagos between 2007 and 2013. A tally by The PUNCH showed that at least 10 more buildings have since collapsed in the state based on media reports, bringing the total to at least 145.

The most notable collapse was that of the guesthouse of the Synagogue Church of All Nations, which claimed 115 lives in 2014.

The Lagos State Coroner, Oyetade Komolafe, ruled that the church should be prosecuted, but no charges were preferred against its owner, Prophet Temitope Joshua, until his death this year.

On March 8, 2016, a five-storey building owned by Lekki Gardens crumbled, killing 34 persons, according to the state government, although the firm claimed only five died.

The Managing Director of Lekki Gardens Estate, Richard Nyong, and seven others were arraigned for criminal negligence, but last year, Babajide Taiwo, the prosecution counsel, told the court that all the parties involved came to an agreement on January 23, 2020 and resolved to settle out of court.

It was gathered that the terms of the settlement included the payment of N100m fine by Lekki Gardens Estate to the state government and N50m as compensation to families of each of the victims. However, only five of the victims’ families were identified.

On March 13, 2019, a three-storey building at No. 53 Massey Street in the Ita Faaji area of Lagos Island collapsed, killing 20 persons and leaving over 40 trapped. Many of the deceased were pupils of a school operating in the building without a permit.

Following the collapse of the building, the Lagos State Building Control Agency conducted integrity tests on buildings in the area and found that 150 had suffered structural distress and were not fit for human habitation.

On July 11, 2020, three persons died, while nine were injured when a three-storey building collapsed on Freeman Street, Lagos Island.

On July 8, 2021, a five-year-old child died when a building came down at No. 19 Church Street, off Adeniji Adele Street, Lagos Island.

In the latest incident, a 21-storey building in Ikoyi collapsed on Tuesday in which 38 persons have so far been confirmed dead.

When contacted on Thursday by one of our correspondents, the state Commissioner for Information and Strategy, Mr Gbenga Omotoso, said, “How do you react to something that happened before you got into government? It will not be fair for me to answer for what happened years ago.

“Let us be realistic. I don’t know anyone that has been taken to court or has been convicted by the administration of Babajide Sanwo-Olu and that is because this is the first major building collapse with a high number of casualties that I can recall under Sanwo-Olu’s watch.

“The governor has done the right thing. He has set up a panel of inquiry comprising experts, and he has said anyone who is found culpable will not be spared.”