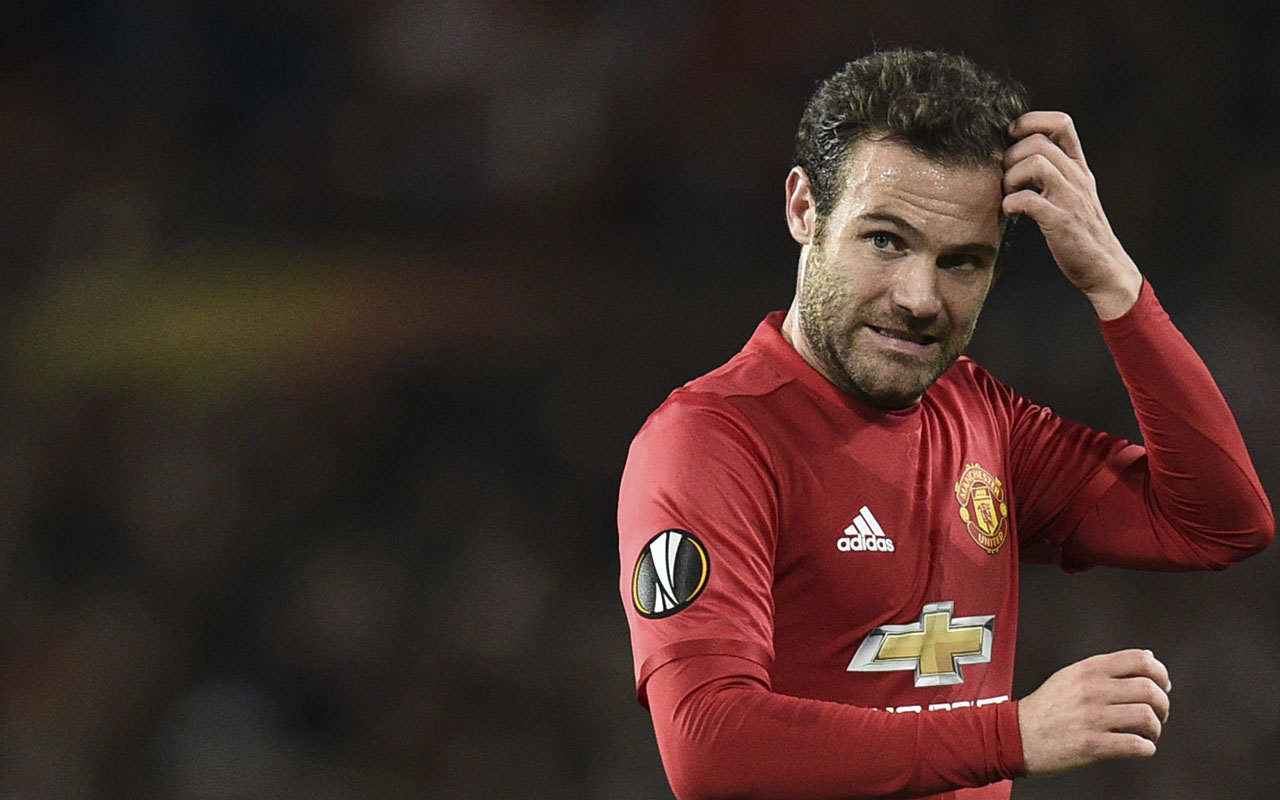 Juan Mata has urged Manchester United to stick together in the wake of their stunning Premier League defeat to Huddersfield Town on Saturday.

The Terriers, promoted to the top flight via the play-offs last season, claimed a first win over United in 65 years with a 2-1 victory.
Goals from Aaron Mooy and Laurent Depoitre condemned United to a first league defeat of the season despite Marcus Rashford pulling one back for Jose Mourinho’s men.

They are now five points adrift of neighbours and league leaders Manchester City, with a furious Mourinho conceding United deserved to be punished for their lacklustre performance.

But midfielder Mata, taken off at half-time, has preached unity in response to the setback ahead of an EFL Cup tie with Swansea City and the visit of Tottenham in the Premier League.

“We knew this moment would arrive sooner or later, although that’s something you never wish for, of course,” Mata wrote of the Huddersfield loss in his blog.

“Now, it’s time to learn from mistakes and keep going, as we always do, showing that the team sticks together when things don’t go so well, which is when we need it most.

“Since the European Super Cup defeat last summer, we’ve been performing really well against all kind of opponents. On Saturday, though, Huddersfield played their cards better than us and took all three points. All we can do now is congratulate them and move on. This is a not a sprint, but a marathon and there is still a long way to go.

“It’s going to be a tough game [against Swansea]. “But, we are the reigning champions and we will try our best to win and keep moving forward. There’s another big game next weekend, this time against Tottenham.

“They’re one of the most difficult teams to beat in the top flight, and it’s a key game for us to show all the virtues we have been talking about over the last two months.”