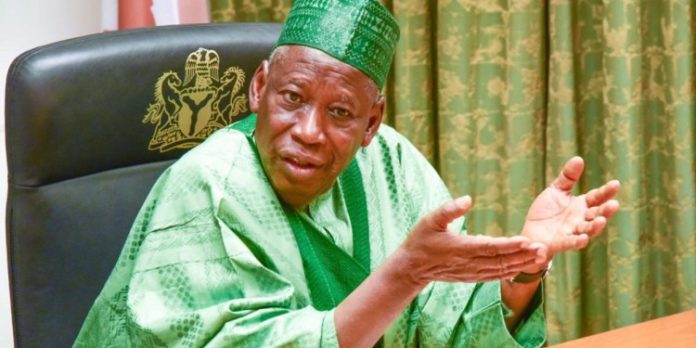 In an advertisement in the Daily Trust of Thursday, Ganduje eulogised Kwankwaso and cherished what he termed as their long-standing personal, official and political relationship.

The duo of Ganduje and Kwankwaso were political allies for years. The relationship, however, turned sour shortly after Ganduje succeeded him as Kano State governor in 2015.

However, many political analysts and stakeholders in the state viewed the governor’s birthday message differently.

For an APC chieftain and leader of the APC faction in the state, Alhaji Abdulmajid Dan Bilki Commander, the governor’s message was a sign of his desperation for a soft-landing in the political arena of the state.

He said the governor is caught between the devil and the deep blue sea politically and was therefore in desperate need of a soft landing.

The Coordinator Kwankwaso Media Centre Malam Sunusi Bature Dawakin Tofa said the birthday message clearly shows that Ganduje is losing the battle in his party APC and he is looking for a way to reconcile with his former boss.

Another PDP stalwart in the state, Malam Yusuf Sharada, said the massage showed that Ganduje is drowning politically and losing the grip of his party.

But the commissioner for Information, Malam Muhammed Garba, said there was nothing new in Ganduje’s birthday message to Kwankwaso. According to him, it showed the governor’s gentleman’s attitude and his forgiving nature as well as his commitment to the state’s positive development.

A sharp crack has been created in the APC in Kano State with a former governor, Ibrahim