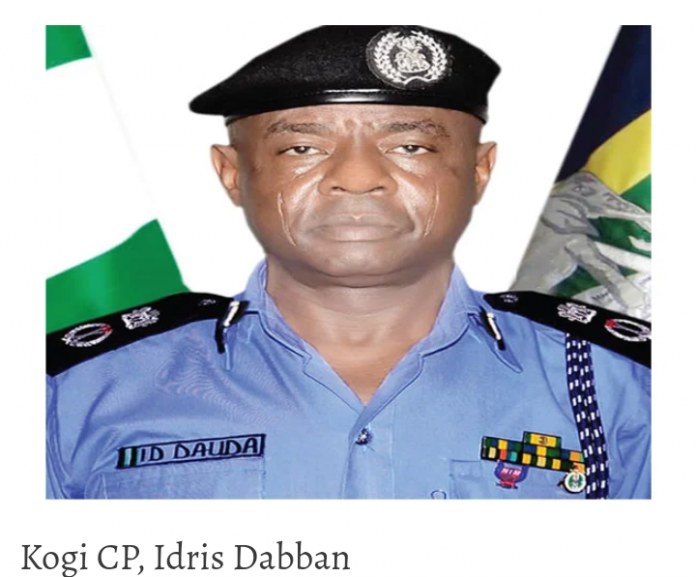 The Kogi State Police Command has revealed how a mob lynched a police inspector, Gbenga Bamisaye, and two other yet-to-be-identified persons.

The mob had reportedly demanded that the two suspects arrested in connection with the Tuesday bank robbery at Odo-Ere and Egbe in the Yagba West Local Government Area of Kogi State be handed over to them,

The two unidentified victims, a male and a female, were said to have died in a hospital while receiving treatment.

The command in a statement on Friday by its spokesperson, DSP William Aya, stated that a corporal, Sunday Alechenu, was also injured while a part of the Odo-Ere Police Division was set ablaze by the mob.

Aya said, “It would be recalled that on Tuesday, December 14, 2021, some suspected armed robbers attacked the UBA in Odo-Ere and Access Bank, Egbe – all in the Yagba West Local Government Area of Kogi State. Consequently, the police launched a manhunt for the suspects in synergy with other security agencies, the hunters and vigilantes to the hills where they escaped to.

“While the operation was going on through the aerial surveillance by the police helicopter alone with the special forces at the Oke-Ere hills, where the hoodlums were trapped, two of the suspects were arrested and taken to the Odo-Ere Division.
The irate mob went to the station, demanding that the two suspects arrested be given to them to lynch. All efforts by the police to placate the mob proved abortive, and they became violent. In the process, they lynched one Insp. Bamisaye Gbenga to death and injured PC Sunday Alechenu. In the efforts to disperse the mob, two persons, a male and a female were maimed but both died in the hospital while receiving treatment. Meanwhile, Part of the station was set ablaze by the mob.”
The spokesperson said the state Commissioner of Police condemned the lawlessness perpetrated by the youth and urged them to desist from taking the law into their own hands.

He added, “While assuring the public that at the conclusion of investigation, the suspects will be arraigned in court to face justice, the Commissioner of Police extends his heartfelt condolences to the families of those who lost their lives during the unfortunate incident.”