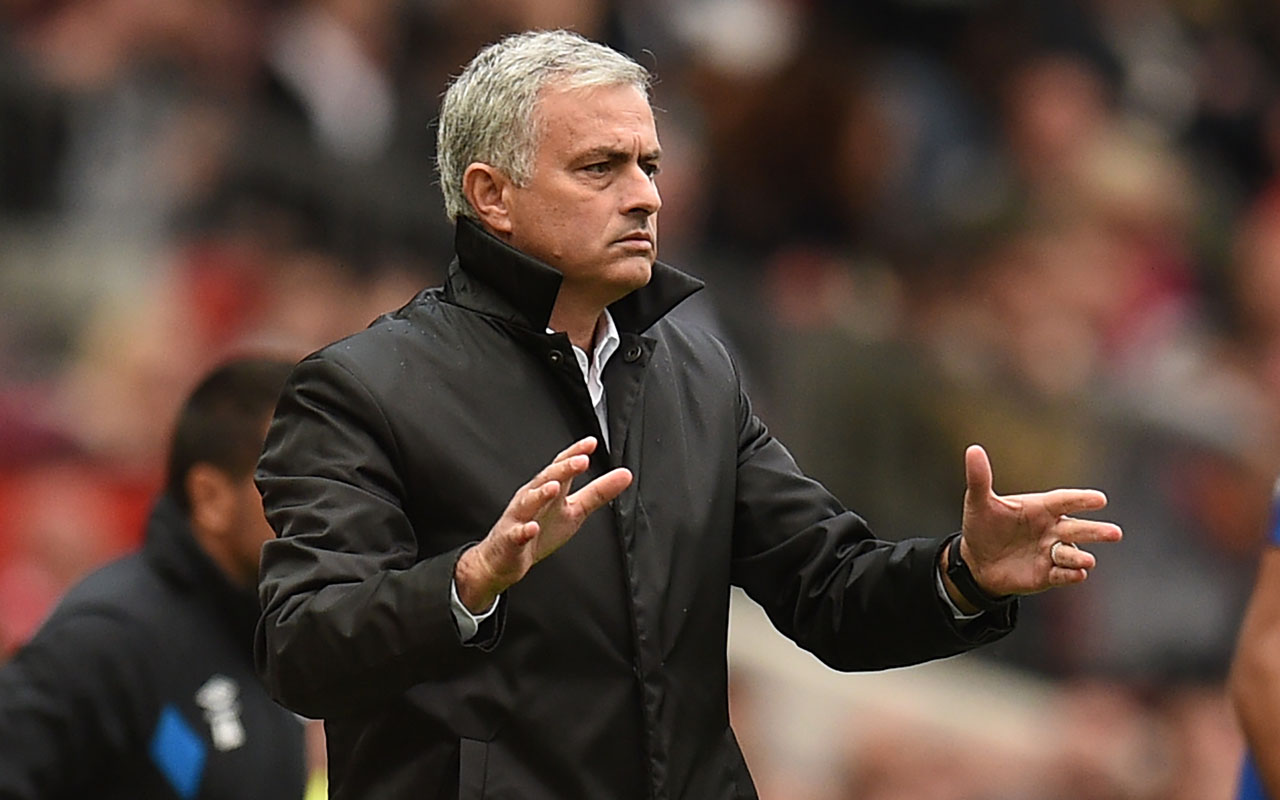 Manchester United's Portuguese manager Jose Mourinho gestures on the touchline during the English Premier League football match between Manchester United and Everton at Old Trafford in Manchester, north west England, on September 17, 2017. / AFP PHOTO / Oli SCARFF / RESTRICTED TO EDITORIAL USE. No use with unauthorized audio, video, data, fixture lists, club/league logos or 'live' services. Online in-match use limited to 75 images, no video emulation. No use in betting, games or single club/league/player publications. /

Jose Mourinho has described Liverpool’s Anfield stadium as a ‘beautiful place’ and insisted his Manchester United stars will relish playing in such an intense atmosphere today.

Former United players Gary Neville and Mikael Silvestre spoke this week about the extraordinary hostility generated by their club’s visits to Anfield, and the tension that goes with it.

But United boss Mourinho insisted that, despite the long-standing history of animosity between the bitter rivals, his players should enjoy the opportunity to play in front of a packed Anfield crowd.

“You know this is quite funny for me because I think when people speak about big atmospheres, it looks like we don’t like, it looks like it’s a problem for us to go to a certain place and to face a big atmosphere – this is what we want,” Mourinho told reporters yesterday.

“I am surprised that you speak about that in a negative way, I am even more surprised when I hear former, big players speak about atmospheres like something sinister, something that worries.

“Do you think Las Palmas players wouldn’t prefer to play with Nou Camp, full of people and a great atmosphere? “We are speaking about Old Trafford, in this case Anfield, like it’s a big problem. It’s a satisfaction, that’s what we want.”

Mourinho has been critical of the lack of atmosphere at United’s own Old Trafford stadium, joking earlier this season that he hoped supporters had returned from their summer holidays in order to add noise at home games.