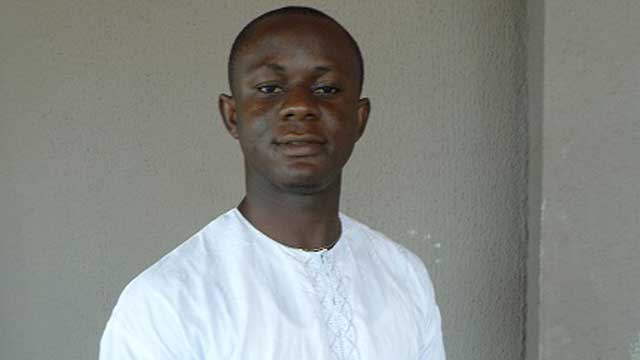 A native of Umuohagu Obie Aku in Igbo Etiti Local Council of Enugu State, Ezea Chibuzo Johnpaul is a graduate of Electrical Engineering from the Enugu State University of Science and Technology (ESUT). However, music remains a major part of his life. In this interview, he spoke about her music career and plans to make it big in the industry.

How did you encounter music?
Music is my hobby and a talent from God. It all started in my early childhood playing all local instruments that I have come across. Nobody has ever taught me on how to play any of the local instruments; I learnt from imaginations and watching others play. I later joined the Choir in 2006 at St. James Catholic Church, Aku.

What attracted you to highlife music?
Highlife music has been old as my great grandparents in Nigeria and it is my best music among others. It is very inspirational and it teaches a lot. Many love highlife music more than hip-hop or reggae, especially the elders.

What attracted me to highlife is passion in African culture and goodwill messages. As Nigeria is made up of multiple tribes, so as many individuals have their culture and traditions encompassed in many songs as cultural and traditional music respectively. This could be called highlife music, which was played by the likes of Osadebe, Oliver Decoque, Oriental brothers, Rex Lawson, Mike Ejeaya and many others. Thses kinds of music got me in spirit because I developed passion for it during my earlier days of music entertainment. Every now and then, Nigerians admires highlife music. In my own terms, I called it ancient and modern music because it transcends people’s way of life from generation to generation.

For how long have you been a highlife artiste?
I started since 2008 till date; that is barely 12 good years. It all began in the church where I learnt on how to play modern musical instruments like Guitars, keyboard (piano) and drums and we were being consulted by people that loves what we do in many social events such as traditional marriage, burial ceremony, political gatherings, adoration ministries, white weddings and what have you. I belong to a band group in my village called Zion Brothers Band Aku.

You started with playing instruments; at what point did you learn to sing?
During the time of this occasion, roles were been switched over and I began to learn how to sing. This part seemed to be very difficult, but out of curiosity and passion, I began to sing Gospel songs. From there, I tasked myself the more to develop myself into singing highlife music. It is all by the grace of God.

When did your solo career take off?
As days goes by, I bought my own musical instruments commonly known as DJ Music from the money I realised from the lifeband music joined venture. The DJ music plays every kinds of music once you have the required instruments such as good sounding speakers, mixers, laptop, and generator. By the grace of God, I have all of them. At times, people prefer DJ to life band because of its varieties and its cost-effectiveness.

Do you perform with your DJ set?
Of course I do, the beauty of my old experience in music manifested itself when many lovers of highlife discovered my concealed potentials in singing high life music with good suitable dancing styles. My DJ music could allow me to play only the drumbeats of any song of my choice, and I do perform very well to the best of everyone’s admiration via singing and choreographic display.

Do you have any other job outside music?
Well, I have searched for work both in private and Government sectors since I finished my youth service, but to no avail. Now, I got myself employed with my music, while waiting for a white cola Job. But I still need help from Government and any kind-hearted individual to buy more standard musical equipment.