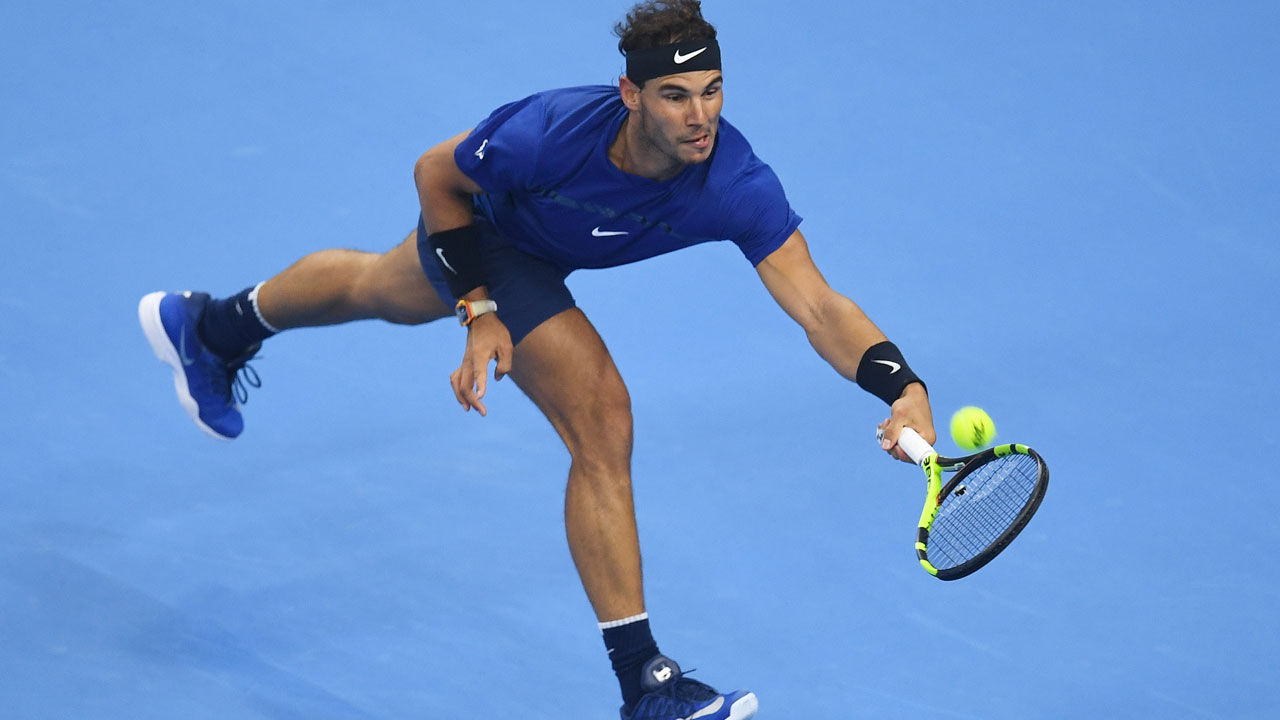 Rafael Nadal of Spain hits a return during his men's singles semi-final match against Grigor Dimitrov of Bulgaria at the China Open tennis tournament in Beijing on October 7, 2017 GREG BAKER / AFP

Rafael Nadal was forced into a third set before the world number one piled the pressure on Grigor Dimitrov to reach the final of the China Open on Saturday.

The 31-year-old Spaniard, enjoying a late-career flourish and chasing a sixth title this season, beat off the Bulgarian third seed 6-3, 4-6, 6-1 in their semi-final on Beijing’s outside hard courts.

Dimitrov battled back from a set down to take it to a deciding third set.

But with the crowd behind him and Dimitrov visibly tiring, the 16-time Grand Slam champion Nadal stepped up a gear to ram home his superiority.