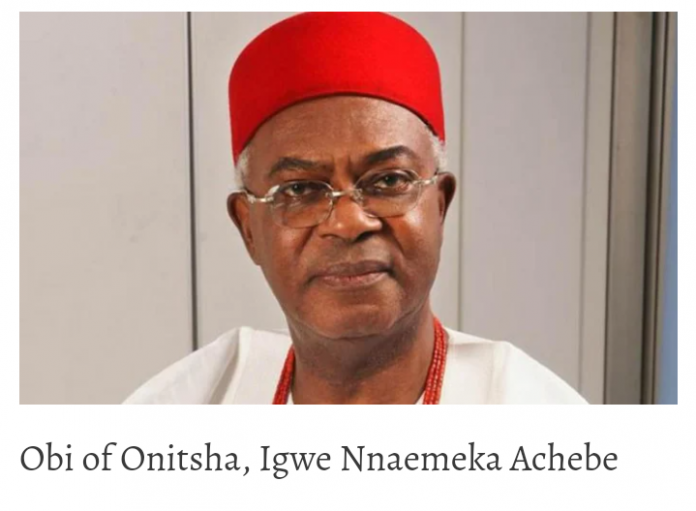 The Obi of Onitsha, Nnaemeka Achebe, has said although Nigeria is being confronted by numerous challenges, its people have the capacity to transform these challenges into prosperity.

The traditional ruler said this in Ibadan on Saturday while speaking at the 70th anniversary of Sigma Club, University of Ibadan.

The Obi was also inducted into the roll of honour of the club at the ceremony attended by dignitaries including the past President of the Ohanaeze Ndigbo Worldwide, John Nwodo.

The monarch said, “Nigeria is capable to transform all of our challenges to prosperity. This is where the universities have major roles to play. This is why they award people in character and learning. I have observed very carefully the challenges are basically a result of displacement of our core values.”

The Sigma Chief, Olanrewaju Ibrahim, said the club had evolved over the past 70 years.

He said, “At Sigma Guest Luncheon, eminent Nigerians who were not privileged to have passed through the premier University Of Ibadan or through the club but are men of verifiable accomplishments and have impacted distinctively in the society and at the same time have distinguished themselves in different fields of human endeavour are inducted into the highly coveted, prestigious, noble and revered Sigma Roll of Honor as Honorary Sigmites.

“Previous recipients of this high honour include; Late Alhaji Dr Ado Abdullahi Bayero (CFR), Late Dr Taslim Elias, QC, (GCON, former president of the World Court), Late Dr Alex Ekwueme (GCON, former Vice President of the Federal Republic of Nigeria), Dr Christopher Kolade (CON, Nigeria’s former High Commissioner to the United Kingdom), Otunba Olasubomi Balogun (CON, founder FCMB Group), Professor Isaac Adewole (FAS, Nigeria’s immediate past Minister for Health), Chief Afe Babalola (SAN, CON), Chief Felix Ohiwerei (OFR, former Chairman of Nigerian Breweries), His Royal Highness Alhaji Mohammadu Sanusi II (CON) among others.”
Part of today’s event is the conferment of the Sigma Lifetime Achievement Awards on deserving Personality – Dr Adesina Akinkunmi, President African Development Bank in recognition of his leadership skills, professionalism and integrity that he has brought to all his assignments, globally, regionally and nationally. This Lifetime Achievement Award is in addition to his acceptance to be inducted into the Rol of Honourary Sigmites and he will be inducted by The Sigma Chief as soon as he is available in person in the very near future.”

The Chairman, Sigma Foundation, Prof. Gabriel Ogunmola, said Sigma Club, a social and philanthropic students organisation which was founded in 1950 by some undergraduates of the University of Ibadan is one of the oldest surviving university students’ organisations in the Sub-Saharan.

Ogunmola, who is the Chancellor of Lead City University stated that the club had contributed to various charitable causes and would continue to do so.