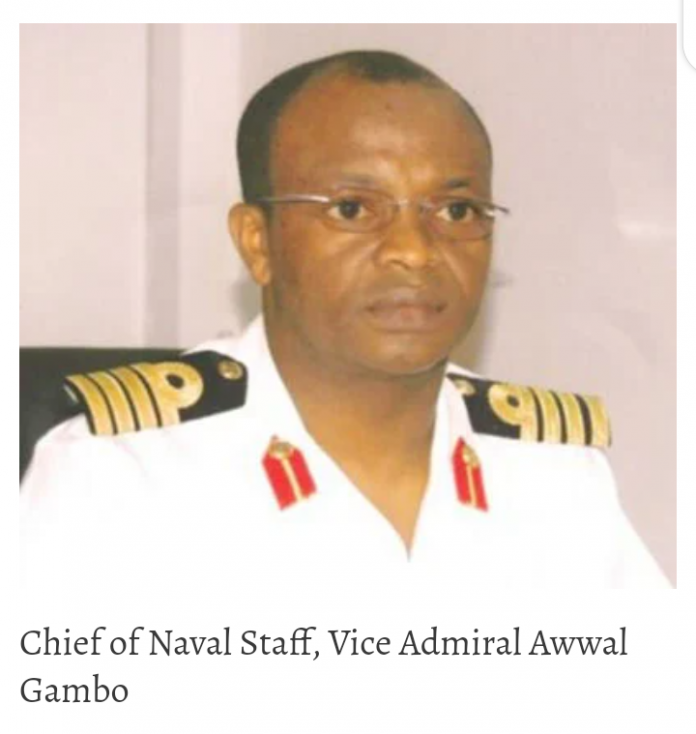 The Chief of Naval Staff, Vice Admiral Awwal Gambo, has said the Nigerian Navy has concluded collaborative efforts with the Ghanaian Navy to further combat piracy and maritime crimes in the Gulf of Guinea.

Gambo added that plans were ongoing for the establishment of a standing multinational task force in the Gulf of Guinea.

The naval chief stated this during the passing- out parade/commissioning of Direct Short Service Commission 28 at the Nigerian Naval College, Onne in Rivers State on Saturday.

The event was also to mark the Special Duty Pre-Commission Training 21 cadets of batch 31 trainees at the Nigerian Naval College.

Gambo stated that the nation had in the last few years been faced with challenges of asymmetric and internal security threats, such as insurgency, banditry, kidnapping, warranting critical operational and security engagements by the armed forces.

He noted that the Nigerian Navy had continued to support sister security agencies in the North-East, North-West and North Central in the fight against the Boko Haram insurgents, bandits and other criminals.

“Also, the Nigerian Navy recently hosted the maiden virtual sea power for African symposium from November 30 to December 2 this year. The symposium brought together 33 African navies and six other foreign navies.
These efforts are targeted at improving information sharing, enhancing synergy towards the needed multi-pronged and multi-national approach with forced multiplier effects and positive implication for the Nigerian Navy’s maritime policing function towards the economic development and prosperity of Nigeria and the West African sub-region,” he stated.

He said the Nigeria Naval College and the Nigerian Navy Basic Training School had remained citadel of professional naval training within the nation and the West African sub-region.

He said, “The college trains pre-shipmen and naval cadets in core maritime skills of the Nigerian Navy aimed at preparing them for further professional training and subsequent deployment for naval duties, while the basic training school offers fundamental training to all sailors of the Nigerian navy.”

He disclosed that two brand new offshore patrol vessels were being expected from Turkey, saying with the recent inauguration of the indigenous sea defence facilities, including NNS Orji, NNS Aba, NNS Kano, NNS Ekine, NNS Sokoto and NNS Osun several maritime threats would be nipped in the bud.

While congratulating the cadets, he said, “No doubt the past few months must have been challenging, given the rigours that you have passed through during your training.’’