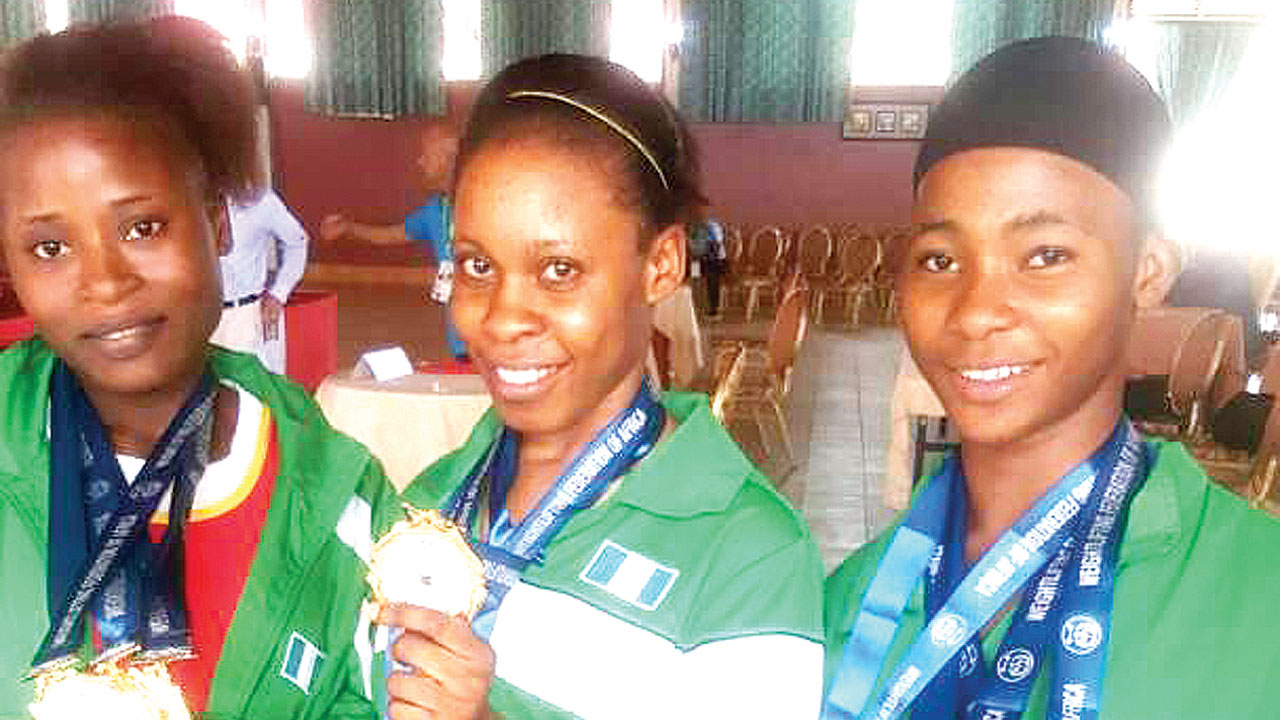 It was celebration time for Team Nigeria’s athletes and officials yesterday, as the country won a total of 13 gold, four silver and one bronze medal at the Africa Junior/Youth Weightlifting Championships in Entebbe, Uganda.

Though, Nigeria lost the top spot to Algeria at the end of the championship, the President of Nigeria Weightlifting Federation (NWF), Mohammed Yahaya told The Guardian in a telephone chat from Uganda that the performance was ‘excellent.’

In the male category, Umofia Joseph (62kg) grabbed a gold medal in the youth, while Agboro Favour (62kg) secured a gold, three silver and one bronze medals in the junior category.

According to Yahaya, the excellent performance by Nigerian lifters was as a result of the just concluded National Youth Games in Ilorin. “I can say now that we have better days ahead for weightlifting in Nigeria with the new board,” Yahaya stated yesterday. “With this performance, we have the chance to participate in next year’s Commonwealth Games.

But we still need to participate in another championship to meet the requirements of the World Weightlifting Federation.” Also at the championship, some Nigerian weightlifting Grade Two referees were promoted to Grade 1 category. They are Nurudeen Salihu Suleiman (Bauchi), Evelyn Okuofor (Edo), and Bilkisu Musa (Jigawa).