These are very dreary times for Nigerian sports. For those of us that have been a part of several generations, the pain is deep.

I was an active participant at the highest level from the mid 1970s when Nigerian sports were on a global ascendancy. 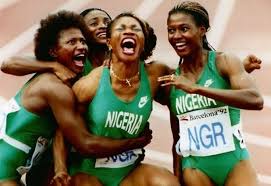 That was when Nigeria started an authentic dominance of Africa in Track and Field, table tennis, (lawn) tennis, boxing, weightlifting and wrestling, joined the elite forces in African football at the Africa Cup of Nations in Ethiopia and went to the Montreal Olympic Games with some of the best athletes in the world in different events and sports (in Track and Field, and amateur boxing) with realistic chances of carting away some medals.

It is very painful to wake up every week these days, particularly as I write my column, to the reality of the horror that has become the present state of Nigerian sports. 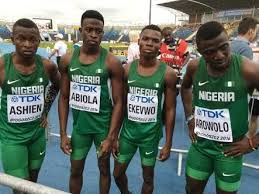 Take the past week for example.

Nigerian athletes just returned from the World Relays in Japan. The event was the qualifying meet for 2020 in Tokyo, Japan.

The Technical Director of the Athletics Federation of Nigeria, AFN, who was with the contingent reported that they were humiliated by the organisers through the poor treatment meted openly only to the Nigerian team.

He described the reception as ‘third class’, and the major cause of the team’s woeful performance and failure to record even a single win.

Unlike all the other teams, Nigeria was taken very far away from the venue and the centre of activities and accommodated in a very low-class hotel. 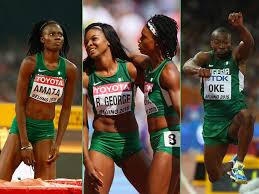 The belief now is that it has to do with the two-year-old tiff between the IAAF and the AFN reported in several social media platforms.

Since then it has failed to refund the excess of $130,000.  The AFN has not reacted to the allegation. Neither explaining what happened to the money nor refunding it. According to a letter making the social media rounds, even a pledge to repay given by the sports minister of Nigeria some months ago in Asaba, Nigeria, was not redeemed. Meanwhile, the man may soon be on his way out of the sports ministry.

Nigerian athletes may, indeed, have had to pay the price for administrative indiscretion, punished for the AFN’s ineptitude.

A big question menacingly hangs in the air: ‘what happened to the funds’?  No one is accepting responsibility, and no one is providing an answer.  So, Nigeria, with her innocent athletes, suffer.

This past week, the same international body, the IAAF, de-listed Asaba as host of the African Athletics Track and Field championship because of the shambolic arrangements, the poor state of equipment and facilities, and the technical deficiencies observed glaringly during the competition.

All the results recorded at the event have been cancelled, a total waste of time, effort, and resources.  It is a terrible advertisement for Nigeria. 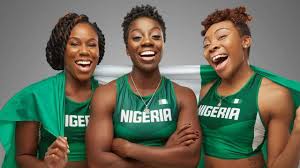 With the 2020 Olympic Games just around the corner, not much is happening to reassure Nigerians of a possible good outing for the country.

This was a country that used to be a part of the final lineups in the sprints, jumps, sprint relays, boxing, and even football at several Olympics.

From 1976 to 2006, a period of some 30 years and 8 different Olympics, Nigeria presented some athletes that were either winning medals or had the capability to do so.

From 1984 Nigeria actually started to win Olympic medals. In 1996 it won an unprecedented number including its first, two Gold medals.

Since then her fortune in medals has been dwindling.  How did Nigeria descend into this very sorry pass?

For those of us that have been a part of the history of Nigerian sports since 1976 the present times are the undoubted worst in our country’s history with stories so ugly, they benumb the mind.

For 2003 All African Games hosted in Abuja, Nigeria started to build Africa’s best and most modern Doping Test Centre.

Sixteen years since the event ended the centre is unfinished, its carcass abandoned, with all the resources spent on it going down the drain in a colossal waste.

No one is held to account for what happened.  In that same year, Nigerian administrators hired ‘mercenary’ athletes to represent some African countries, in specially identified uncommon sports, to compete against Nigeria as a grand strategy to boost Nigeria’s medal haul.

The mission was that the country would top the medals table in the continent. The country did, people were rewarded and the country celebrated a scam.

For several years now, the country has failed to organize a proper national sports festival, an event designed and started in 1973 to unite the youths of the country through healthy social interaction and sports competition, whilst identifying and developing the best among them discovered during the games.

The last one that held in December 2018 in Abuja may go down in the history of the country as the worst sports event ever hosted as a result of its meaninglessness and remote distance from the objectives for which the festival was established in the first place.

It is imperative to call for a total review of the vision, aims and objectives of the sports festival that has been distorted through time, with little or nothing derived from it any more.

Nwajiuba: Why I Resigned Before Buhari’s Directive

Blasphemy: Positions of Justice System and the Holy Quran By Yushau Shuaib