Nigerians have raised alarm over the calls of a Nigerians social media influencer to shut down the internet now that the elections are closing in.

The influencer Aye Dee whose real name is Mukhtar Alexander Dan’Iyan prides himself as an Africa & Middle East Public Policy and Security Expert and the Editor-In-Chief, The 15 Past 8 Media Group.

Aye Dee who sometimes finds himself in controversies once claimed that MKO Abiola AND General Sani Abacha were poisoned with ‘Levofentanyl,’ a drug which ‘leaves no trace.’ 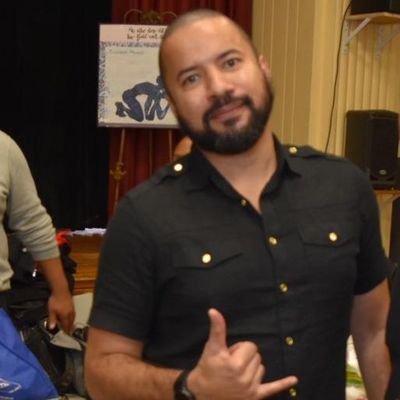 The internet in ?? should be shut down by 11:59PM on Friday, Feb. 15th, 2019 and restored by 11:59pm on Saturday, February 16th, 2019. If this is not done, there will be chaos as fake results are bound to be brandished by both @OfficialAPCNg and @OfficialPDPNig , causing chaos. In this crucial election, Nigerian cannot afford to have the electorate manipualted by rumors and propaganda emanating from both major parties.

Therefore, it makes sense to ensure the sanctity of the electoral proccess by restricting access to the internet. Bangladesh with a population of 160 million + shut down its internet before its elections, heaven did not fall, the poll was orderly , free and fair. Nigeria deserves same. I did not say internet should be restricted for just PDP supporters or just for APC supporters, I said it should be restricted for ALL Nigerians.

Mr Aye Dee is based in the US but shuttles between there and Nigeria.

1. Remove Chief Justice – check
2. Set up questionable electoral tribunal – check
3. Now Ayedee is flying the kite to shut down the Internet on February 16 (which is impossible in US where he is based).

This is a template for rigging, and must be resisted.

Ayedee who lives in the US is pushing for INEC to call on the government to shut down the internet on presidential Election Day. For supporters of Buhari’s tyranny, they think PDP supporters are haters. Dictatorship knows no allies. If they like let them shut it down.

They sent Ayedee to test waters.

I support Buhari ? and I can’t and won’t support such idiotic and undemocratic move. Ayedee is just being himself, if you know him well, you won’t be bothered.

What is dangerous is calling the musings of AyeDee ‘thinking’

Some appear to agree with him:

Hmmm. U’ve just made a point. Very sensible. But dis is Nigeria.
How is it going to be without the use of internet for almost a day. Chai

U are right sir.