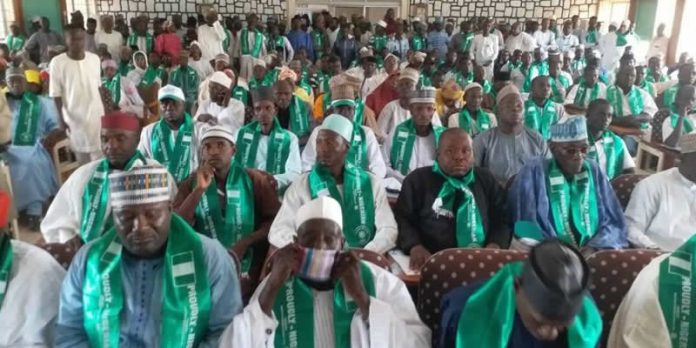 The Coalition of Northern Groups has said the north will reject any political party that fields an aged, incompetent candidate for the 2023 presidency.

The chairman of the CNG’s Board of Trustees, Nastura Ashir Sharif, said this at the Maitama Sule Leadership Lecture Series organised by the Students Wing of the CNG, Borno State chapter.

He said, “Any of the major parties that fields incompetent, weak and aged candidate would be roundly rejected by the north. I charge the youth to remain vigilant with regards to the direction the parties are conducting their affairs.”

Also speaking at the event, the spokesperson for the Northern Elders Forum, Hakeem Baba-Ahmed, reiterated his stance that the north would turn its back on any party that deliberately favoured candidates from particular regions.

According to him, the next president should emerge from a credible election that the person must first be a Nigerian before anything else.

He added, “Those northerners with ambition to run for the office should know that Northern Elders Forum, Coalition of Northern Groups and many others are not merely supporting the emergence of a northerner to succeed President Muhammadu Buhari.”

Taking a swipe at the Buhari-led regime, he said, “President Muhammadu Buhari’s administration has dropped the ball in the manner it had allowed insecurity, irredentism, corruption, poverty and unemployment to become a way of life in Nigeria today.

The unsatisfactory record of performance of the Buhari administration, which many mischievously see as solely a northern creation, northerners are also deeply skeptical that being northern alone is not enough to make a good leader.”

According to Ahmed-Baba, if a northerner is to become the next president with votes from the north, then the person has to be the best among all others.

He added, “He has to convince us in the north that he understands our problems and has the capacity to solve them. He must have the disposition, energy, health and intelligence to heal the breached pluralism of the north and build bridges across the entire nation.

“He has to be able to lead a country that is failing in a number of significant areas. A personal ambition to be president will not be enough and we will scrutinise and advise those who will listen to avoid the temptation to put in place persons who just want power, but not responsibility.”

Presidency: I Resigned My Govt Appointment To Support Atiku In 2019 – Yul Edochie

2023: ‘Tinubu Not Too Old To Contest Presidency’