Home Headlines I’m Not Too Old To Run – Okorocha Tells Nigerians As He...

The Senator representing Imo West Senatorial District at the National Assembly, Rochas Okorocha, has said he was not too old to become the President of Nigeria, come 2023.

Okorocha, at a press conference in Abuja on Monday, told Nigerians that he was the bridge between the youth and the elderly, and as such, more suitable to pilot the affairs of this country.

“I’m not too young to run and I’m not too old to run. I’m the bridge between the youth and elders. I’m just 59 years old”, the lawmaker told journalists.

Senator Okorocha, who is the Chairman of the Senate Committee on Tourism, had last week, told the upper chamber of his intention to run for the position of President, during the plenary session.

The former Imo Governor, in an elaborate unwritten address on Monday, highlighted education, security, youths and women empowerment, economic revitalization, unity and poverty eradication as parts of the cardinals of his policies, when elected the President of Nigeria.

The Chieftain of the ruling All Progressive Congress (APC) said he contested for President of Nigeria 20 years ago, in 2007 and also in 2014, saying he was in politics for what he could offer and not what he could gain. 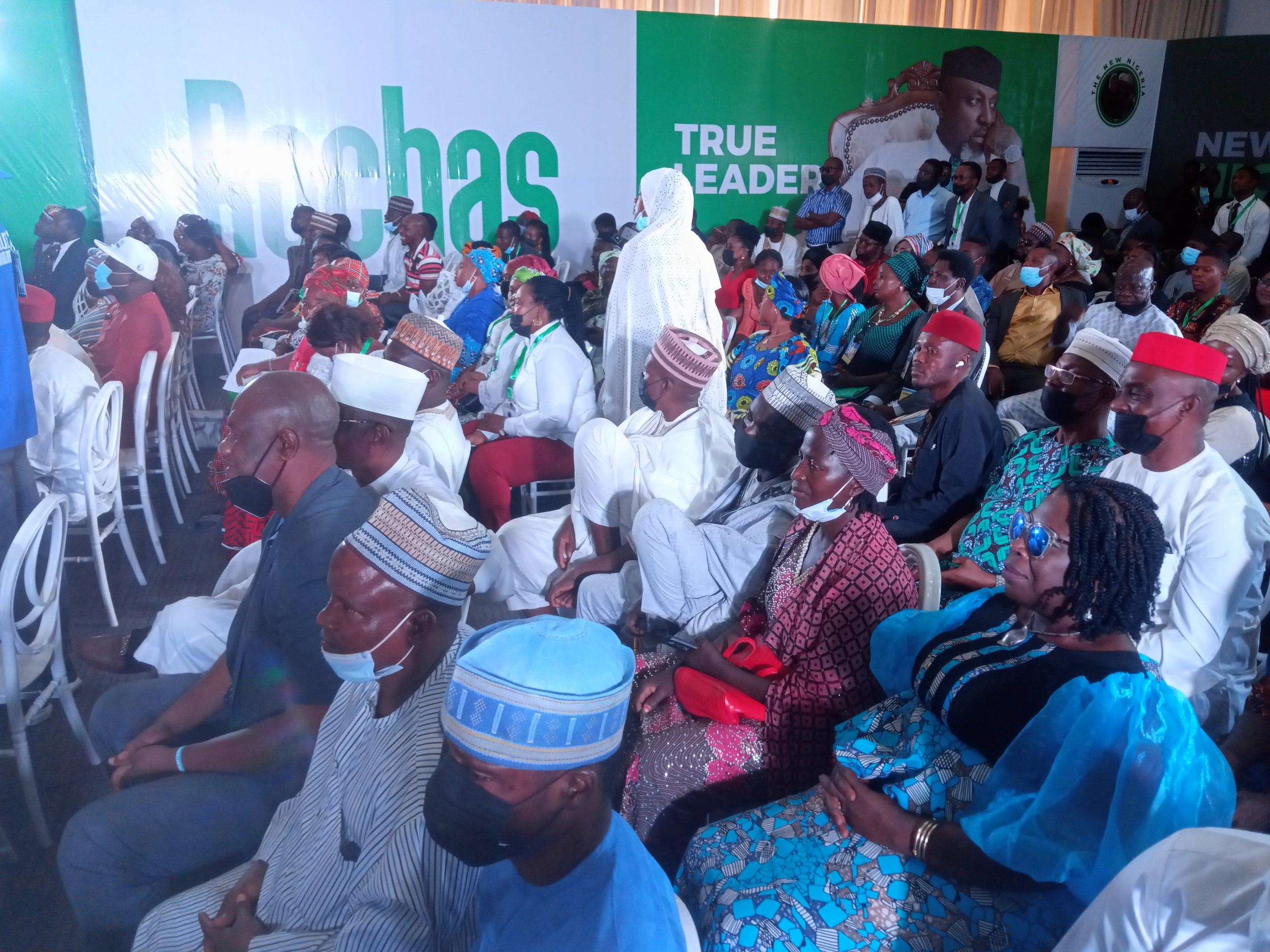 He stressed that the nation needed a man who could encourage the youth to be self-employed and bring them out of poverty, adding that, the notion that Nigeria was the poverty capital of the world was untrue.

“The days of monkey dey work, baboon dey chop must stop in Nigeria. I introduced the ‘Youth Must Work Initiative’ in Imo State and it worked.

“The era of a young Chinese man would be producing toothpicks and other items for my Nigerian youths on the street to consume shall be over.

“Under my government, employment shall be an ephemeral thing, what we shall have will be youths who are self-employed, because we shall cause the youths to identify and explore their innate talents”, Okorocha added.

He stressed that “the mood of the nation now suggests that it needs a leader who is compassionate and who can listen to the cries of orphans, widows and the downtrodden.

“The problem of Nigeria is that, if there is a problem of N1bn to solve, Nigeria has only N10,000 to solve it. The country needs a radicalized businessman who can turn nothing into something.

Coming from a political disadvantaged South East region, which has been denied President severally, Okorocha said he was not a candidate of zoning, but that of justice, adding that, even the Holy books suggest that God commands justice.

Having Acted As President, I’m Best Man For The Job – Osinbajo

“Don’t Rest In Peace. Kill The People That Killed You” – Young Lady Mourns Her Little Sister Who Was Allegedly Poisoned To Death In...

Teenage Boy Dies In Lagos Prison After Tech Company Got Him...