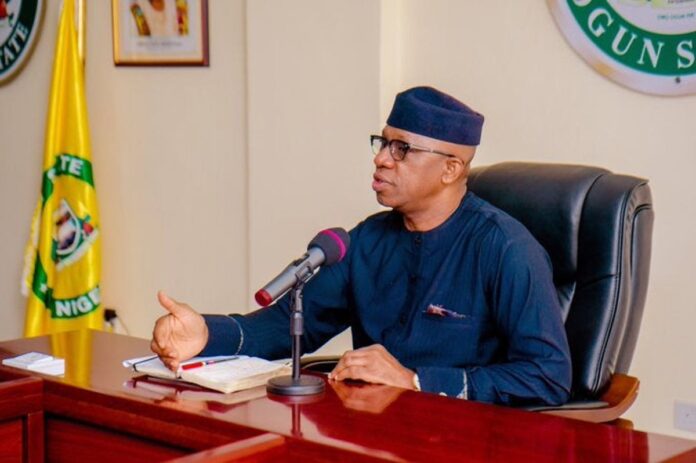 The Ogun State Governor, Dapo Abiodun, on Tuesday, presented a N351bn budget proposal for the year 2022 before the state House of Assembly.

Abiodun, who christened his  budget proposal, ‘Budget of Restoration’, gave the lion share to infrastructure .

The governor said the proposed budget, would be largely funded with an expected federal allocation of N73.01bn while Internal Generated Revenue  was  put at N360bn.

According to the governor, capital expenditure including infrastructure, ICT and power will get N170bn, representing 81 per cent of the total budget.

On the  capital expenditure, Abiodun said the proposed budget would take 81 per cent while recurrent cost which comprises personnel cost and public debt got N75bn and N28bn respectively .