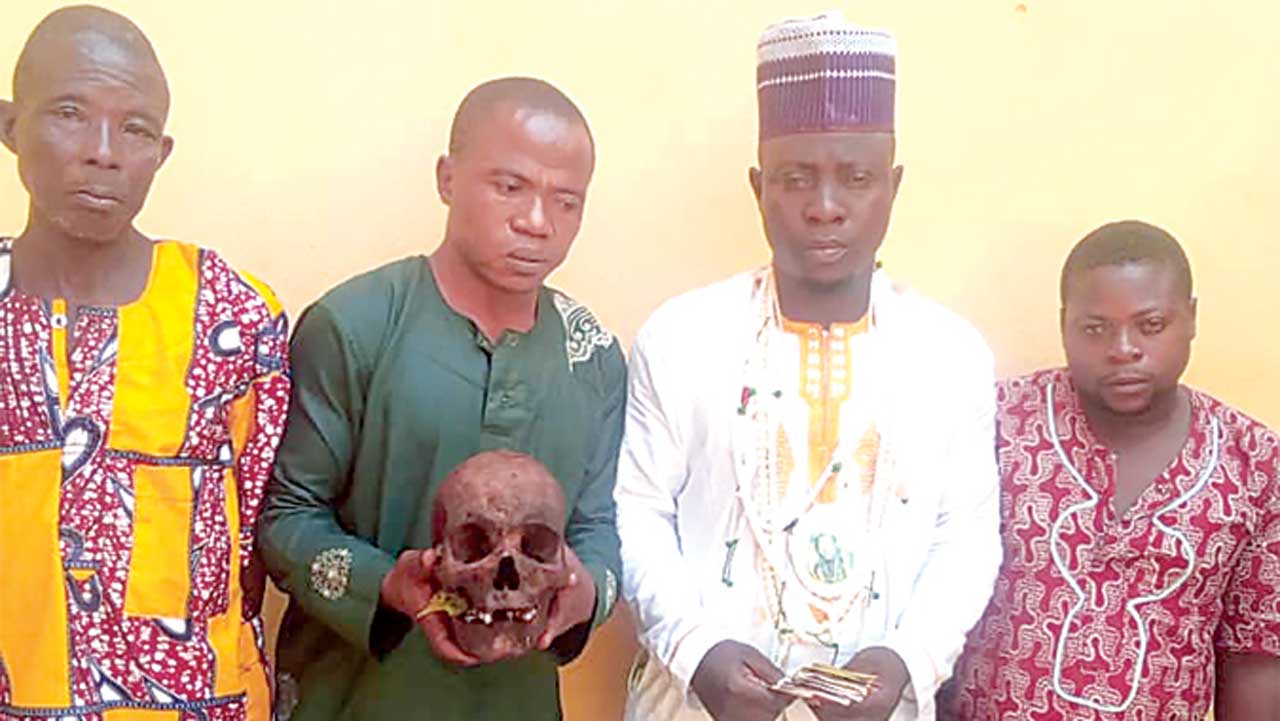 The Ogun State Police Command has arrested a self-acclaimed Islamic cleric, Jamiu Olasheu and three others, for ‘unlawful possession’ of human skull.

It was learnt that their arrest on Sunday, was made possible when Police patrol team from Agbara division on routine crime prevention patrol of the area accosted two men on a motorcycle at Kofedoti area of Agbara.

The two men, Teslim Ayeniromo, 45years old and Sunday Kolade, 35 were asked to come down from their motorbike for search, consequent upon which a human skull was discovered in a sack found on them.

The State Police Public Relations Officer, Abimbola Oyeyemi, in a statement said the duo were promptly arrested and taken to Agbara Divisional headquarters where the DPO CSP Adegbite Omotayo personally interrogated them.

“On interrogation, they claimed that the human skull was given to them by one Micheal Osanyinbi, for onward delivery to the Islamic cleric. They led the DPO to the house of the man who gave them the skull who in turn led the police to the self-acclaimed cleric.

“The cleric has made confessional statement that he actually requested for the skull, which Micheal Osanyinbi promised to get for him at the rate of N25, 000 and N1, 000 for the bike man who will deliver it to him. He stated further that the skull is needed for a yet to disclose ritual,” he said.

Oyeyemi said the Commissioner of Police Cp Ahmed Iliaysu has ordered the immediate transfer of the suspect to Special Anti Robbery Squad (SARS) for further investigation and prosecution.