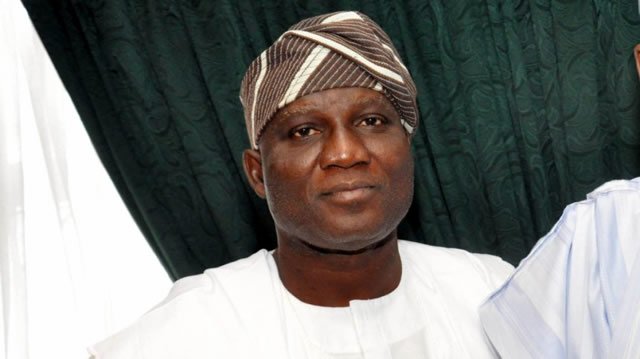 A former Deputy Speaker of the House of Representatives, Lasun Yusuff has insisted that the 2018 Osun gubernatorial election was rigged and the agents used in carrying out the act had been duly compensated with plum positions in the current administration.

Speaking on a radio current affairs programme in Osogbo on Friday, Yusuff revealed that regarding the statement he made in Abuja during the purchase of his gubernatorial nomination forms at the All Progressives Congress (APC) National Secretariat, Abuja, he was not a violent man.

He also explained that his statement was a note of warning to politicians not to be a nuisance and criminal adding that any act of rigging would come back to hunt that perpetrators.

The former Deputy Speaker, who maintained that the 2018 Osun gubernatorial election was rigged, noted that the processes leading to the rerun and the statement of President Muhammadu Buhari that it was remotely controlled were all pointers that the APC did not win the election fair and square.

While asking any member who wanted to challenge him on his allegation to do so, he warned that doing so was going to end up destroying the party.

The Ilobu born politician stated that he has good relationships with both Rauf Aregbesola, a former governor of the state, and Adegboyega Oyetola, the incumbent.

In his words, “Rauf Aregbesola did well in claiming Osun for the progressives having led from the frontline. He is three things to me; he is my elder brother, friend and confidant.

“When I wanted to contest as Deputy Speaker, he called me and told me he may not support me on that but while I wanted to contest the 2018 Osun gubernatorial election, he did not say anything to me. At first, I held it against him but as for now, it is all in the past.

“When Governor Adegboyega Oyetola had a meeting with me, I told him to go round, meet the people and address aggrieved members of the party. I advised him to leave governance for a while so that he can bring the party together and I also asked him why he was disagreeing with Rauf Aregbesola.

“I told him that since both of them are from the same camp, he settle his differences with him. I don’t know if he took my counsel or not.”

While explaining that he doesn’t believe in grouping within the party, the former number six man in the country disclosed that The Osun Progressives (TOP), a faction within the APC in Osun had members who were seasoned politicians and who also have the interest of the party at heart.

Meanwhile, the Osun State All Progressives Congress has described the statement credited to the former Deputy Speaker House of Representatives as spineless and lacking substance.

In a statement by the Osun APC spokesperson, Barrister Kunle Oyatomi, the party dismissed the statement in totality adding that such claims could only come from a very desperate, dishonourable, and selfish politician, seeking public attention by misleading the citizenry.

Oyatomi noted that Yusuf is seriously in need of medical examination as there is no iota of truth in his incoherent allegation, and the onus of proof is his responsibility.

The APC also challenged him to come straight with the facts and figures to contradict what is known to all Nigerians and the law of the land.