A Pakistani journalist has called out a Nigerian Twitter user for passing off a Pakistani road as Governor El-Rufai’s project.

@Mamatee001 had claimed that the road was constructed by El-Rufai who she claimed is hated for not sharing kerosene and wheel barrow, and also excels even when some evil people are bent on destroying his government. 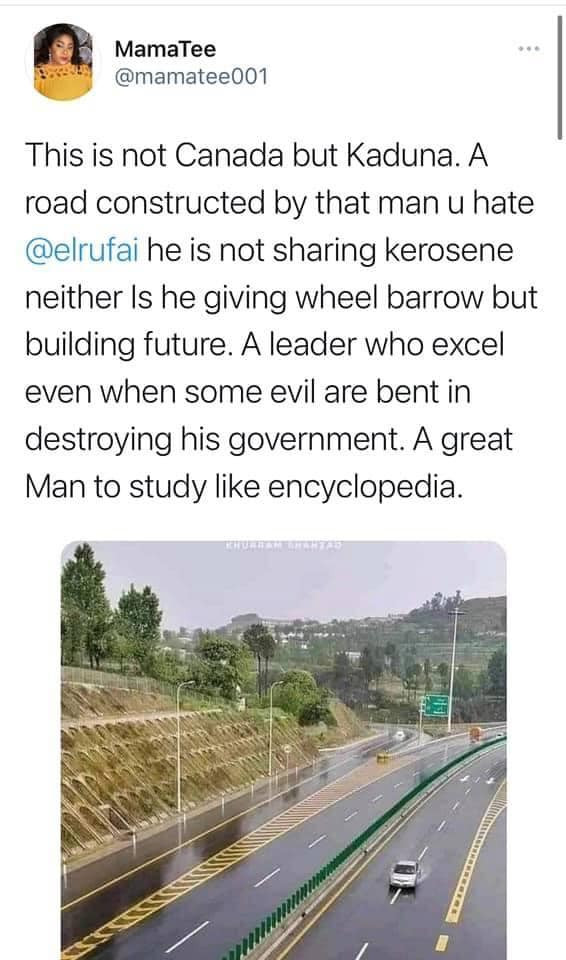 A Pakistani journalist, Mansoor Ahmed Qureshi however debunked the claim, revealing that the road which is an aerial view of a 79km long secondary road of Manshera-Thakot was constructed by former Prime Minister, Mian Muhammad Nawaz Sharif .

Ahmed also revealed that the former Prime Minister constructed over 1000kms of motorways during his three year tenure. 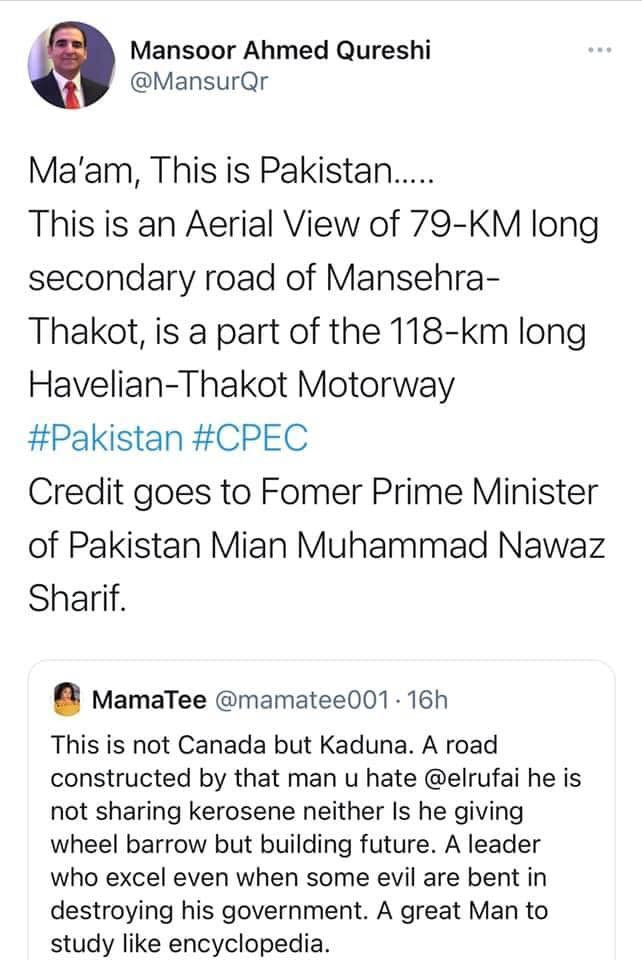 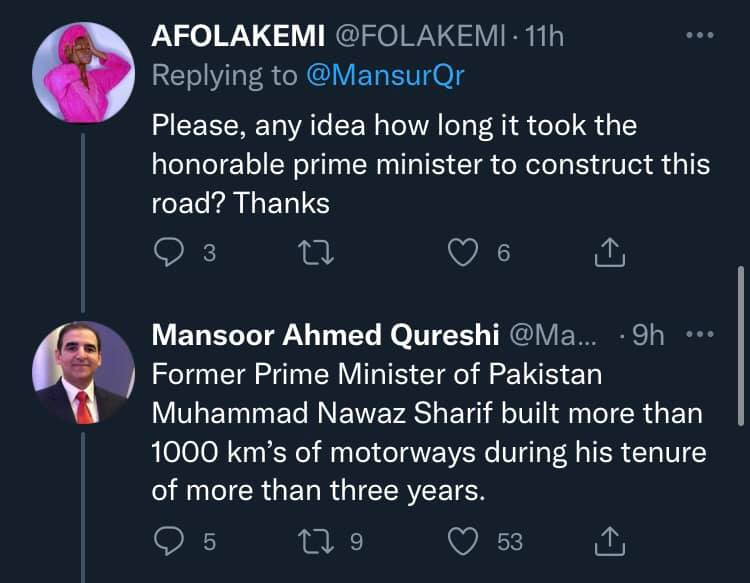 UK Fuel Crisis Spirals As Up To 90% Of Independent Petrol...