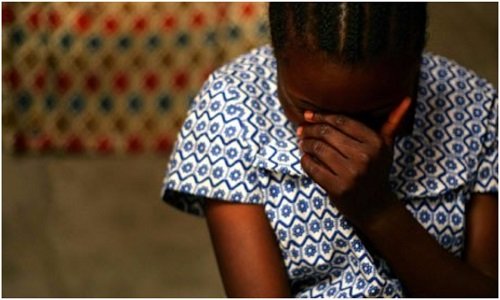 A popular broadcaster, also a well-known pastor in the Celestial Church of Christ (CCC), Gbenga Filani has been arrested for allegedly raping a five-month pregnant lady.

The pastor forcefully had carnal knowledge of the 19-year-old pregnant lady inside his church where the victim had come for prayers and deliverance.

Filani, who is a presenter of a popular programme ‘OWUYE’ in the state, was accused by the victim of using his manhood to apply ‘anointed oil’ inside her private part.

The pastor, who is currently being held at the Criminal Investigation Department of the Police Headquarters, Igbatoro Road in Akure was arrested after the lady complained of a strange situation with her pregnancy following the act.

Narrating her ordeal at the police headquarters, the victim said the popular pastor used ‘anointing’ oil to rub her private part before he dipped his manhood.

“He dipped his middle finger with oil into my private part. He said my baby is vertical instead of being horizontal. He said he would put oil in my private part and would help me insert it with his private part so that the oil would get into the baby.

“He rubbed oil on his private part and asked me to open my legs. He then had sex with me. He said he was not supposed to do it but helped me because my husband was not around.

“It was after he had sex with me that I came into my right senses. He said I should swear that I should not tell anyone including my mother. He said I will die if I told anybody,” she said.

The Police Public Relations Officer, PPRO, in the state, DSP Funmilayo Odunlami, confirmed the arrest of the broadcaster.